Istanbul, Turkey - It’s fair to say the men’s 800 metres at the 14th IAAF World Indoor Championships has not followed the form book, but normalcy was restored at the last when the favourite, Mohammed Aman of Ethiopia, took the gold medal in one minute 48.36 seconds.

Mind you, an upset had looked a possibility again when the field sauntered through the first lap in 29.29 seconds. This, it must be said, was partly Aman’s doing – he burst to the front in the back-straight, then immediately slowed.

The final was on the verge of turning into a slow-paced kicker’s race, but Adam Kszczot had other ideas. The fastest man in the world this season, the Pole swept around the field as they completed the first lap to take the lead.

As they came off the bend to complete the second lap – a more respectable, but still not fast 27.00 – Kszczot led Aman, the Czech Republic’s Jakub Holusa and Michael Rutt (USA) in single file. Andrew Osagie (GBR) and Jan Van Den Broeck (BEL) trailed these four, but were still in contact.

Kszczot was now faced with the task of keeping the pace going, and going faster. He sped through the third lap in 26.27, still in front, but with Aman poised to strike.

The strain was clearly showing on Kszczot and Aman made his move down the back straight. The 18-year-old Ethiopian burst to the front and was already celebrating his gold medal half-way up the finishing straight, seemingly oblivious to the fact that Holusa was charging home behind him. In the end, Aman’s judgement was vindicated as he still had almost three metres to spare at the line.

Aman’s winning time is the slowest at men’s 800 in a World Indoor Championships, but it is certain he does not care. For him the win was all-important.

“It is a championships race, so I knew it would be slow,” Aman said after the race. “I positioned myself well and held on for the win. I am glad to add an 800 metres gold for Ethiopian athletics.”

He might be a two-lap specialist, but Aman draws on his country’s proud tradition in longer events.

“I am inspired by so many great runners in my country,” he said.

But he also wants to create an 800 tradition. “I am very young and have lots of ambition for London,” he added.

Holusa, who has been one of the surprises in a surprising event, took the silver in 1:48.62.

He said he had a restless night’s sleep before the final “because I was thinking so deeply about a medal, even the gold. I thought if they start slowly, I’ll just follow the pace.

“The competition was settled after 400 metres when the pace accelerated. Every second is important in such a race.

“Maybe I should have made my move a little bit earlier to be able to catch Aman.”

Behind Holusa, the drama was building as Osagie charged through to close on the tiring Kszczot. The Pole valiantly raised another effort but, ultimately, to no avail. Osagie grabbed the bronze medal almost on the line, 1:48.92 to 1:49.16.

Fourth in the last European Indoor Championships, Osagie had failed to reach the final both at Doha 2010 and the 2010 Commonwealth Games.

“This is my first senior world championship final and I got a medal – (it’s) great.”

Osagie admitted he had looked out of medal contention for most of the race.

“For some time, it looked like I was out of the race because I was staying behind. But my trick was not to panic, because from (the semi-finals) I knew that I could kick in the last 150 metres.”

Niether Van Den Broeck nor Rutt could pull another surprise out of their pockets. The pair finished tailed off in 1:50.83 and 1:51.47, respectively.

Aman, who turned 18 in January, finished eighth in the final at the Daegu World Championships before really making a mark when he defeated World champion David Rudisha in Milan in Rudisha’s last race of the season, snapping a two-year, 34-meeting winning streak by the Kenyan.

Despite Kszczot having the world lead coming into Istanbul, Aman had assumed the mantle of favourite when he beat the Pole into fifth place in Birmingham, running his own season’s best of 1:45.40.

He is definitely taking giant steps along the road to London 2012.

BACK
Pages related to this articleAthletes
Mohammed Aman 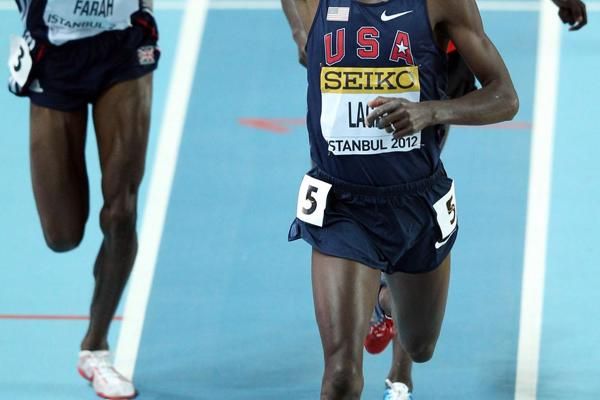 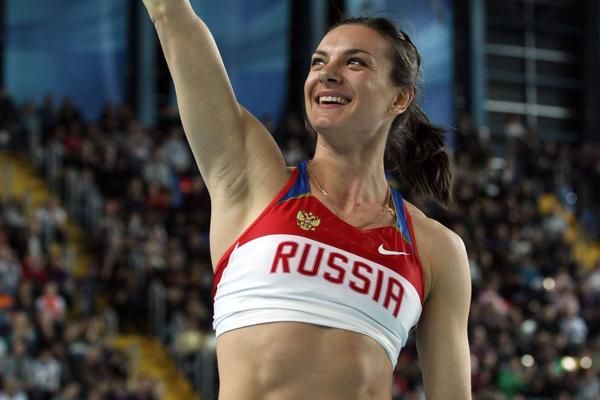 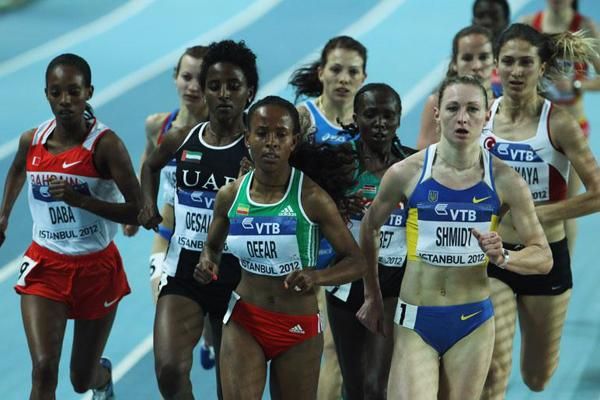 An exhilarating denouement to the 14th IAAF Indoor Championships in Istanbul is guaranteed with 36 medals up for grabs in a little over three-and-a-half hours of action in the Atakoy Athletics Arena today.