Producing the biggest shockat least to the enthusiastic crowd at the Olimpiyskiy arena - Wilfred Bungei notched an upset win in the 800 metres over Olympic champion Yuriy Borzakovskiy.

The Kenyan, annually among the fastest runners in the world, finally claimed his first major international title as he crossed the finish line in 1:47.15, a mere one one-hundredth of a second ahead of defending champion Mbulaeni Mulaudzi of South Africa. So thrilled with his apparent victory, Bungei's early celebration, just a metre or two before the line, nearly allowed Mulaudzi to slip by on the inside to steal the title.

After the pair shared the early lead, Bungei charged to the front at the midway point (55.65), and upped the tempo dramatically. Following his time-tested playbook, Borzakovskiy took his time moving up with the leaders, reaching third at the bell. But when he challenged for the lead, Bungei responded, injecting a surge that the Russian couldn't answer. Fading on the outside, Borzakovskiy reached the line in 1:47.38.

"It was unbelievable that after a 55.6 first half we could run the second half in 51.5," Bunge said. "I expected them to come close and push at the end, but I still had enough energy."

Latvia's Dmitrijs Milkevics, whose initial intention this season was to spend this weekend at the NCAA championships in Fayetteville, came to Moscow instead and finished fourth in 1:48.01. Spaniard Juan de Dios Jurado was fifth (1:48.44), with Briton James Watkins sixth (1:48.56). 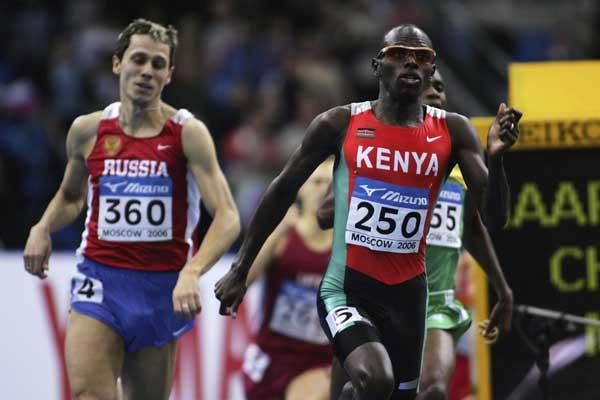 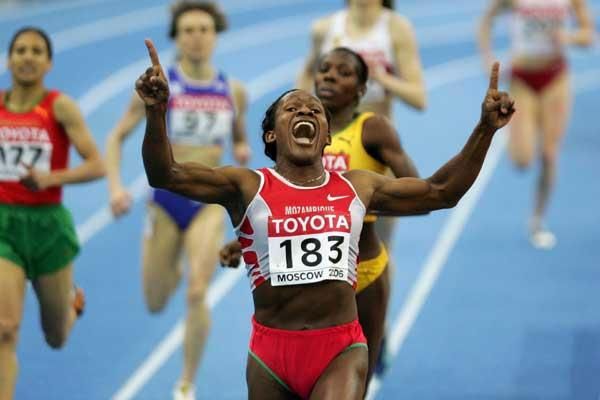