At the IAAF World Championships Beijing 2015, four-time world long jump champion Dwight Phillips predicted that Jeff Henderson was ready to be anointed as the latest champion.

It was easy to see why his optimism was high. Heading into the Bird’s Nest Stadium, Henderson had two legal jumps beyond 8.50m, had secured the Pan American title and looked poised for gold.

His qualification supported this belief as he led the finalists with an impressive 8.36m. Yet in the final he saved his one bad competition of the year for when it mattered most as he placed a disconsolate ninth with 7.95m to leave Beijing empty handed.

“I was so frustrated,” recalls Henderson. “I had put in too many hours and too much work to perform like that. It was a big let-down. I think I beat myself up and put too much pressure on myself to get a big one out there.”

He and his coach, Al Joyner, vowed it would never happen again and so they adopted a fresh outlook to avoid a repeat performance at the Rio 2016 Olympic Games.

“If in future I had to make sure even that even if I have a bad meet, my worst jump was better than everybody else’s PR,” he said.

Training with such a philosophy clearly worked. Under the most intense pressure in Rio, Henderson delivered courtesy of a sixth-round leap of 8.38m to nab the gold by one centimetre from South Africa’s Luvo Manyonga.

At the age of 27, the outrageously gifted US long jumper had finally delivered on the biggest stage.

Raised in McAlmont, Arkansas, Henderson’s career and life has been forged in adversity. Growing up the youngest of six siblings, Henderson suffers from attention deficit disorder and in his younger days he found learning and processing information challenging.

Meanwhile, 10 years ago he and his family were left devastated after his mum, Debra, was diagnosed with Alzheimer’s disease – a condition which today has left her bed-ridden.

Sport offered an outlet. A talented high school footballer, aged 15 he discovered a liking for athletics and started out as a promising sprinter/long jumper.

Hamstring and ankle problems badly hampered his 2012 season and with his mother’s condition continuing to deteriorate, Henderson was struggling.

“It was a bad time for me personally and my mind was not focused on competing at the trials,” he says.

Finally competing injury-free, the following year he leapt a PB of 8.22m to finish second at the US Championships. But at the end of the season, he made arguably one of the biggest decisions of his career by heading west to link up with Joyner – the 1984 Olympic triple jump champion and brother of heptathlon superstar Jackie Joyner-Kersee – at the Olympic Training Center in Chula Vista.

It proved an inspired choice.

“He taught me how to jump and I trust him completely,” says Henderson. “I learned about an athletes’ diet; he challenged me emotionally. Every time I competed in 2014 I was on fire.”

It was hard to disagree as Henderson enjoyed a stellar breakthrough campaign, winning a trio of IAAF Diamond League meetings and the US title with a windy 8.52m.

He enjoyed more success in 2015 until he encountered a jolt in the road at the World Championships in Beijing. It was not something he planned on repeating, so Joyner and Henderson put together a strategy last winter to triumph in Rio.

“In training I tried to put in place every scenario that I would face at a championship meet,” he says. “I also tried to make sure everything on the day was perfect, my warm-ups lasted one-and-a-half hours.”

He introduced hill sprints complete with a small weight vest, he went on a diet and was ready to compete during the all-important 2016 outdoor campaign.

Competing sparingly in order to reach a peak for Rio, he started the season with a number of underwhelming performances in Shanghai, Beijing and Boston, before he delivered when it counted to win the high-quality final at the US Olympic Trials with a wind-assisted 8.59m.

Then in Rio all his stars aligned as he washed away the pain of Beijing with a golden leap in round six. After qualifying for the final with the second-best mark of 8.20m, he matched that distance in the opening round of the final to take early control of the competition.

In an intriguing competition, by round four he was out of the medals as Manyonga (8.27m), defending champion Greg Rutherford of Great Britain (8.26m) and USA’s Jarrion Lawson (8.25m) surpassed Henderson.

In round five Henderson produced his best leap of the final so far with 8.22m but remained in fourth as Manyonga took a firmer grip on gold with an 8.37m effort.

“I was just thinking, ‘relax, Jeff’, and I kept telling myself to keep calm over and over,” he recalls. “Coach told me everything I did (in round five) was good, I just needed to move the start point of my run up a foot further back.”

Taking coach’s orders, Henderson launched out to 8.38m with his final effort – one centimetre clear of Manyonga.

“I knew it was big because the crowd cheered loudly, but I didn’t know how big.”

Henderson then faced a nervous wait. Lawson appeared to jump in excess of 8.38m with his final jump, but on closer analysis his trailing hand had skimmed the sand some way behind where his feet had landed and he registered 7.78m.

Henderson was the Olympic champion.

It was, and still is, a great thrill for the California-based athlete.

“It means a huge deal to me to be an Olympic champion,” he says. “I’m not going to lie, it feels great.”

Next year he is setting his sights on gold at the IAAF World Championships London 2017, but he has another goal which he believes is not beyond him; Mike Powell’s 25-year-old world long jump record of 8.95m.

“My aim is to close in on and to break that world record,” he says. “To do this next season I will compete at the meets I want to compete in. If I like the track and the atmosphere, then I am going to jump pretty far.”

BACK
Pages related to this articleAthletes
Jeff HENDERSON 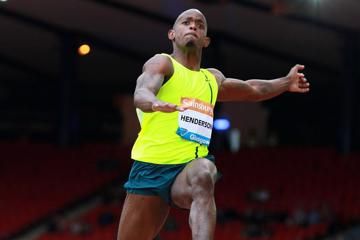 Henderson reflects with pride on outstanding ... 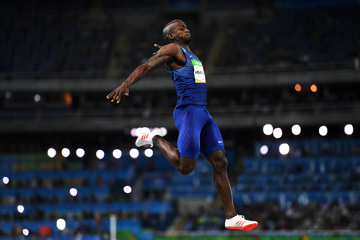 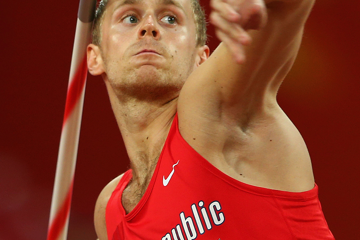 Living up to early promise, Vadlejch is now a... 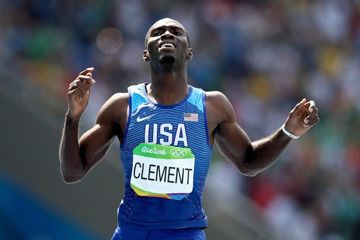 Clement: ‘I always believed in myself’ ...