The ‘Helsinki 2005’ Official Commemorative Book of the 10th IAAF World Championships in Athletics, Helsinki, Finland, 6-14 August 2005 has been published and is now on sale.... Read More

The IAAF is pleased with the preliminary television data received for the 10th edition of the IAAF World Championships in Athletics, which took place from August 6-14 in Helsinki.... Read More

Krimarenko springs the biggest of surprises

His home city of Berdichev, some 120 miles south west of Kiev, stands on the Hnylopyat River. It has had a troubled past. It is now in the Ukraine, but has variously been in Lithuanian, Polish, and Russian hands, and is famous for its ancient fortified Carmelite monastery. It was captured and plundered by the Zaporogian Cossacks in 1647, and in a moment of pillage of which his forebears would surely have been proud, Yuriy Krimarenko swooped in and stole the World High Jump title at the last day of 10th IAAF World Championships in Athletics (14).... Read More

Isegwe - a first for Tanzania

In what could well be remembered as one of the big surprises of the 10th IAAF World Championships in Athletics, Tanzanian runner Christopher Isegwe won his country’s first ever medal in the 22-year history of the World Championships when finishing second in the Marathon behind Morocco’s runaway champion Jaouad Gharib.... Read More

Menendez’s World record in her own words

This evening we witnessed simply the greatest ever competition since the new specification women’s Javelin came into use on 1 January 1999 (first World record 31.12.99). Osleidys Menendez of Cuba, the champion of 2001 and of course last season’s Olympic winner, was the victor improving her World record (71.54) to 71.70 with her first throw.... Read More

Osleidys Menéndez extended her recent domination of the Javelin. The Cuban had won the Olympic title with a throw just one centimetre less than her World record of 71.54 metres in 2001. Those were the only two throws over 70 metres. Now there are four! Christina Obergfoll of Germany amazed herself and us when she threw a European record of 70.03 metres in round two. But Menéndez had already trumped that, with the second World record of the week, 71.70 metres with her first throw. Steffi Nerius won a second medal for Germany, bronze with 65.96 metres.

IAAF website's written coverage of Helsinki 2005 was brought to you by...

Written coverage of the 10th IAAF World Championships in Athletics, Helsinki, Finland (6 – 14 August) was brought to you by the following writers – 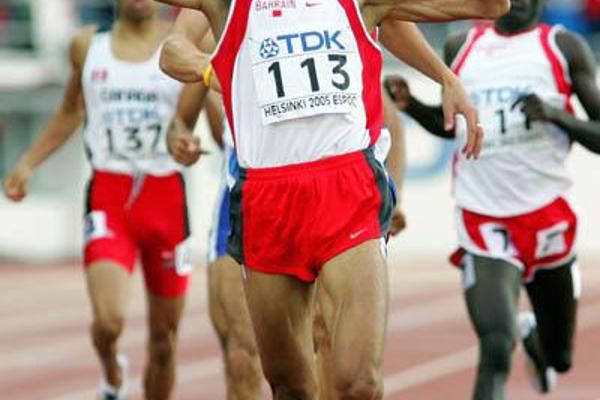 In just his second season of elite international racing, Rashid Ramzi of Bahrain completed the first-ever middle distance double at a World Athletics championship after his 1:44.24 victory in the 800 metres. It was date with destiny that few anticipated, except perhaps for the 25-year-old Ramzi himself. 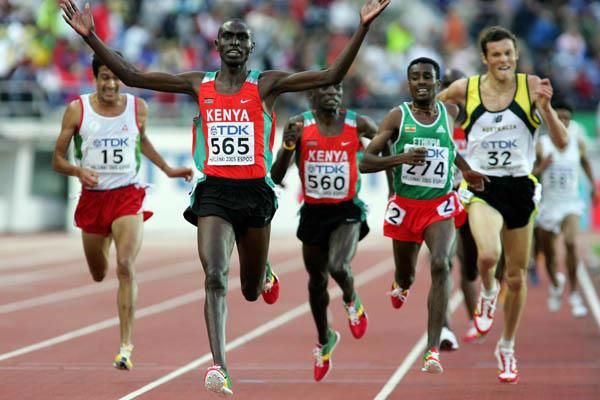 About the same time that the defending World 5000m champion Eliud Kipchoge was racing through the mixed zone waving off interview requests, so obviously disappointed with his performance, Benjamin Limo the new champion was grinning from ear to ear. 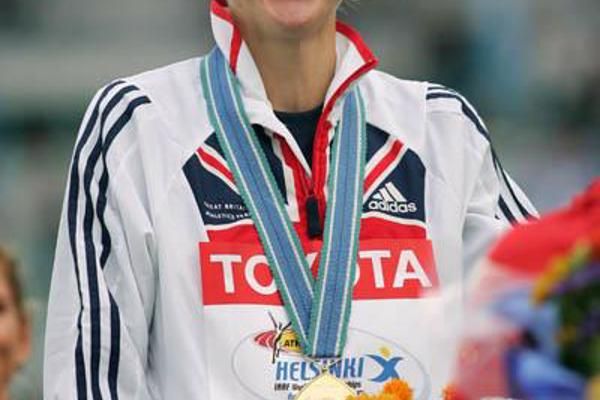 A year after her double 'did not finish' performance at the Olympics, that the athletics world wouldn’t let her forget, Paula Radcliffe finally claimed an elusive World title at the Marathon, and the winner couldn’t have been more pleased.

RUSSIA Krasnomovets (2nd leg): "The race wasn't easy. We thought Jamaica would be hard to beat. We wanted to run as strong as we did in the first round." 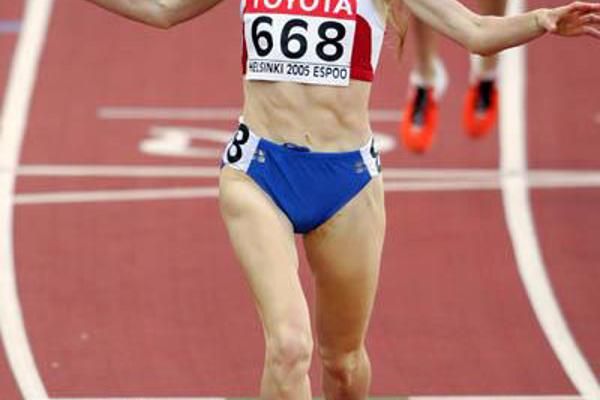 Now, that is what you call timing. Tatyana Tomashova repeated the feat of the great Algerian Hassiba Boulmerka from a decade ago by becoming only the second woman to win two 1500m titles and the first to retain it at the IAAF World Championships in Athletics.

USA 1st leg, Andrew ROCK: "I just wanted to get the team out to a good start, make sure we are ready for the race."

Osleidys MENENDEZ, CUB, WR "I wasn't aiming for the world record at all. My only goal was to win the gold medal."

It is six years since that sultry night in Seville when the Bahamas' women's sprint relay quartet delivered one of the shock results in World Championships history.

Whilst the men's high jumpers were performing on a sub-par level, the 5000 metre finalist were following suit, as Benjamin Limo (KEN) sprinted past three rivals over the final eighty metres to win the gold in 13:32.55,