The United States kicked off the IAAF World Relays Yokohama 2019 with a bang on Saturday (11), producing convincing victories in the competition’s two newest events.

Competing before an appreciative crowd of more than 15,000 at Yokohama International Stadium, the US duo of Donavan Brazier and Ce'Aira Brown took the 2x2x400m relay midway through the programme before a quartet from the country’s rich stable of hurdlers took the mixed shuttle hurdles relay in performances that were as different as the events they came in.

Brazier the class of the field

The 2x2x400m relay was something akin to an unsparing training session, with two runners running two laps apiece in a mixed format, their recovery dependent entirely on how fast their teammates would run. Of the eight teams, only Kenya and Papua New Guinea ran women on the first leg, with Collin Kipruto giving the East African powerhouse a significant advantage after the first lap over Papua New Guinea and the USA's Brown, who was running more than seven seconds behind the leader when handing off to Brazier.

Brazier made up most of that ground on the second leg, handing back to Brown just 0.40 behind Kenyan Eglay Nafuna Nalyanya. Brown fared well for more than half of the penultimate lap, but later paid for that eagerness. Stiffening up dramatically down the final straight, she was passed by Australian Catriona Bisset to reach the line the third to hand Brazier a gap of 7.8 seconds.

The national indoor 800m record holder got straight to work. After passing Australian Joshua Ralph early on, he set his sights on Nalyanya. Brazier took command for good off of the final bend en route to a convincing 3:36.92 victory.

“I love this event,” said Brazier, who’ll split a US$25,000 winner’s check with Brown. “Technically this was a world record.”

Well, technically it isn’t, but it does set the bar as the fastest performance of its kind.

Australia was second in 3:37.61, with 17-year-old Allon Tatsunami Clay passing the fading Kenyan about fifty metres from the finish line to bring Japan home third in 3:38.36.

The unheralded Kenyan duo, who controlled much of the race, was later disqualified for a kerb violation.

Conversely, the US was dominant in the evening-capping mixed shuttles hurdles relay, in what turned out to be just a two-team final. Injuries to Andrew Riley and Norman Pittersgill kept Jamaica from the start line and a false start by lead off Brianna Beahan left Australia out of the running before they even began.

That left only the US and Japan to vie for the inaugural title, with Asian champion Ayako Kimura lining up against world indoor silver medallist Christina Clemons. Energised by the vocal crowd, Kimura got Japan off to a solid start, pushing Clemons, who was running with red chopsticks in her hair, shadowing her closely to the first exchange.

Running back towards the finish, Shunya Takayama took the lead for the hosts, but that would-be challenge came to an abrupt end midway through leg three when Sharika Nelvis powered by Masumi Aoki with anchor Devon Allen patiently looking on. The Rio Olympic finalist then took command, extending the lead en route to a 54.96 performance to secure the US$50,000 first place prize for his team, more than half a second ahead of Japan, who collected $30,000.

USA on cruise control in the 4x400s

The US squad, which took team titles in each of the previous three editions of the IAAF World Relays, appears well on their way to a fourth team conquest.

As expected, squads from the North American giant led all qualifiers in both the men's and women's 4x400m.

On the women's side, Jaide Stepter, Jordan Lavender, Joanna Atkins and Courtney Okolo teamed to a 3:25.72 run, an early season world lead.

But the loudest roar of the night came in the second heat of the men's competition when an inspired Japanese quartet composed of Julian Jrummi Walsh, Yoshinobu Imoto, Kentaro Sato and Kota Wakabayashi powered to a solid 3:02.55 win, more than a second clear of Belgium, who also moved on. Theirs was the third fastest run of the evening, behind the US and Trinidad & Tobago, winners of heat 3 in 3:02.49.

The US women's squad was quickest by more than two seconds. Poland, heat 1 winners in 2:28.05, were the next fastest, edging Great Britain & Northern Ireland by 0.26. Canada won the third heat in 3:28.75, just 0.05 ahead of Jamaica. Italy, Switzerland and France also advanced.

Even when choosing a somewhat conservative approach, Team USA was also quickest in the opening round of the women's 4X100m, clocking 42.51 in the first of three heats, more than half a second faster than heat 3 winner Germany, who clocked 43.03.

In a round that produced no major shocks, it was Denmark that came up with the biggest surprise, taking the second heat in 43.90, a national record. Brazil, Jamaica, Australia, Italy and Ghana also advanced with Trinidad & Tobago, third in the first heat, the round's major casualty.

The US men's 4x100m squad won their heat in 38.34, but they left the stadium as just the fourth fastest of the opening round, setting up a final that appears wide open.

China trailed the US in heat three, clocking 38.51, to easily advance. Japan was third across the line and just shy of advancing, bit it wasn’t for want of trying. Yuki Koike and Yoshihide Kiryu pulled off the finest juggling act witnessed anywhere on the planet today on the final hand off, somehow managing to complete the exchange. But that back-and-forth cost them dearly, first on time and then ultimately with disqualification.

Competition resumes on Sunday at 18:31 local with the heats of 4x200m relay. 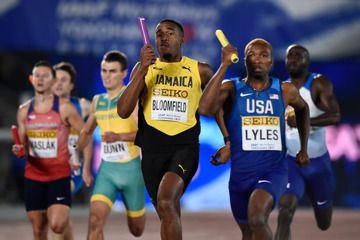 How to follow and watch the IAAF World Relays... 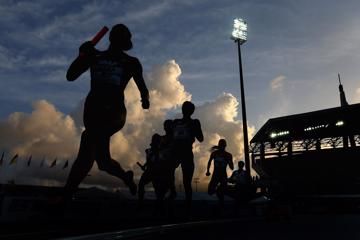 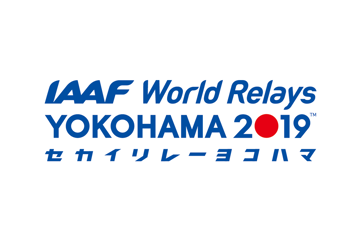 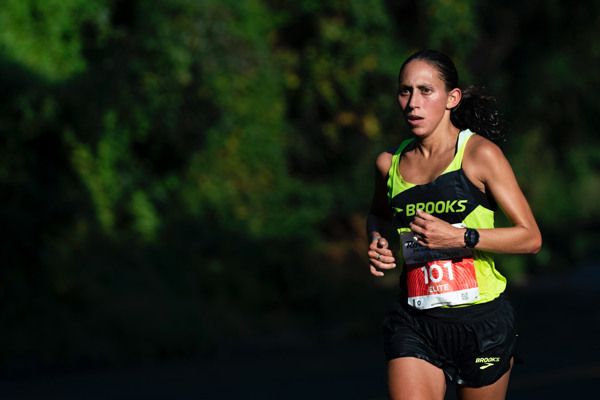