Having now banked enough points in the WMRA World Cup series, despite there being one more race to go, Morgan and Criado have both done enough to secure the overall long mountain category titles for 2021.

On a busy weekend for mountain running, Kenya’s Joyce Njeru and Geoffrey Ndungu won the 22km events in Zumaia, while over on the other side of the Atlantic the best US runners were in action at the Broken Arrow Skyrace in Palisades Tahoe.

The runners in Zumaia woke to rainy conditions, resulting in a much softer course than many of them are used to on the World Cup circuit. The marathon got under way at 7:30am, with runners setting off in the dark in a drizzly square in Zumaia, then the 22km race started one hour later.

Spain’s Oihana Kortazar, winner of the Canfranc Marathon last year, led during the early stages with Morgan close behind. Morgan caught Kortazar at roughly the half-way point and then pulled well clear during the second half.

Criado, the stand-out runner in the field, was the clear leader of the men’s race throughout. The Spaniard built up a significant lead over his compatriots Ismail Razga and Igon Mancisidor across the 3000 metres of elevation, going on to win by more than 20 minutes in 4:35:16.

The conditions were still damp when the 22km race got under way. By this point there was also a fair bit of mud on the course, which added to the considerable challenge of the coastal route.

Kenyan duo Njeru and Lucy Murigi set the early pace in the women’s contest and were neck and neck for much of the race as they battled the conditions. Njeru eventually came out on top, taking another World Cup victory, hot on the heels of her Trofeo Ciolo triumph. She won in 1:41:32 with Murigi less than a minute behind in 1:42:14. Italy’s Alice Gaggi came through for third place in 1:49:18.

In the men’s race Kenya’s Ndungu and Sandor Szabo of Hungary led from the front. Like Njeru and Murigi, they worked together in the early stages in a bid to make a break from the chasing pack.

Darren Thomas and Allie McLaughlin won the vertical kilometre titles on the first day of action at the Broken Arrow Skyrace in Palisades Tahoe on Friday (1).

Nearly 200 runners lined up for the all-out, vomit-inducing, ladder-climbing, red-lining, 6.8-kilometre slog from a 1900m to a 2700m peak. Skies were powder blue with the temperature about 10C, though the vibrant autumn sunshine made it feel warmer.

Thomas and Andy Wacker took the men’s race out with decisive speed. Thomas took control and slowly increased his lead to finish in 45:08, one minute and 30 seconds ahead of second place finisher David Sinclair. Ryan Becker came through for third in 47:49, while Wacker faded to sixth in 49:03.

International travel was a huge challenge due to Covid-19 restrictions, but Czech runner Ondrej Fedfar made it over to the States and placed fourth. Other international finishers included Canada’s Ryan Atkins (eighth) and El Salvador’s Juan Bolaños (20th).

In the women’s race, McLaughlin closely trailed the leaders until the one kilometre mark, when she accelerated and took charge. She continued to gap the field to break the tape in 54:24.

The three-day Broken Arrow Skyrunning festival culminated in a 23km event, the final long mountain race in this year's WMRA World Cup, with Joseph Gray and Janelle Lincks claiming the wins on Sunday (3). 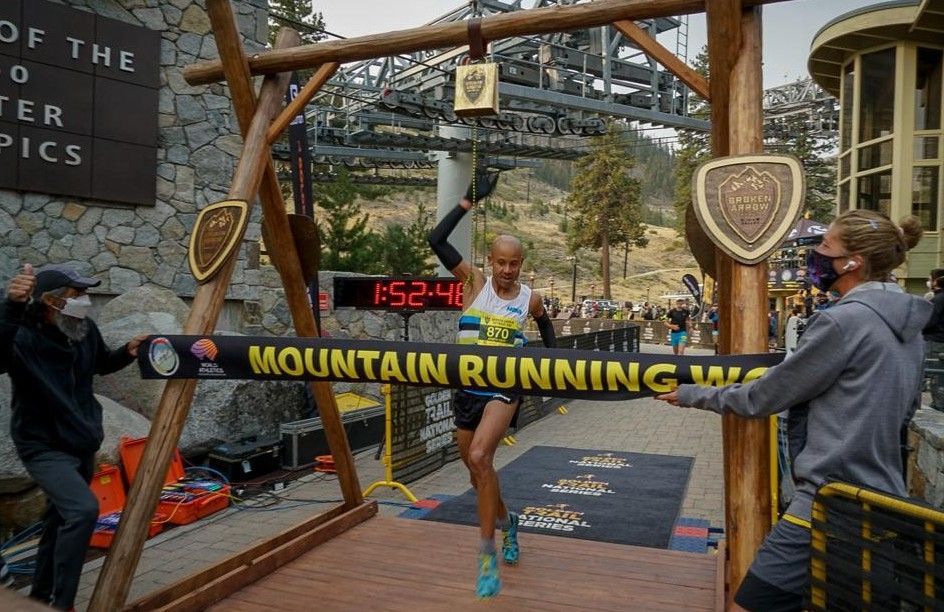 The race started at 7am at the Palisades Tahoe epicentre, running through the resort’s brick-lined promenade before switching back up the single track trails and circumnavigating the resort, climbing from 6214 feet to a high point of 8855 feet and then returning to the finish for a total of 5030 feet of vertical gain.

“It was a respectful pace at the start,” said eventual winner Gray. “We stayed bunched up for the first few miles with a deep field of talent. My goal was to progressively pick up the pace and let the pack guide my moves.

“It was great to feel the energy coming into the finish area and ring the bell. A win was the main goal and obviously I’m content coming away with that.”

Gray finished in 1:52:44, followed just two seconds later by Thomas, winner of Friday’s vertical kilometre. In third was Wacker, in 1:53:12.

On the women’s side, Lincks started out conservatively through the village and after the first climb had moved into the lead, a position she kept to the finish. Her winning time of 2:14:04 beat second-place finisher Emkay Sullivan by more than three minutes. Sullivan’s time was 2:17:19. In third, Bailey Kowalczyk clocked 2:19:43.

Very happy with her effort, Lincks said: “It was a beautiful course and I felt good. I’ve never seen landscape like that!” 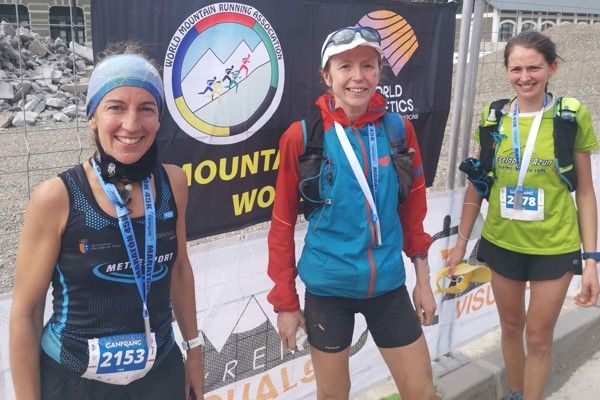 Morgan and Frano among winners at Canfranc...