Nadine Broersen has a firm grip on the pentathlon gold medal after opening up a big 101-point lead before the final event, 800m.

The 23-year-old from the Netherlands produced a personal best of 6.17m in round two to bring her score to 3937. She is also a decent 800m runner, which makes it near impossible for the others to catch her.

Ukraine’s Alina Fodorova continued with her solid performances today, surpassing the six-metre mark with each of her three attempts. The longest one was 6.26m and she will be fighting hard to keep the silver medal position, which she now has with 3836 points.

The 24-year-old has equal 800m ability to Broersen, so she cannot catch her and has to concentrate on keeping the others behind her in the final event.

World silver medallist Brianne Theisen-Eaton had big problems in the long jump. The 25-year-old fouled her first two jumps and then jumped way behind the board with the last. Despite all this, a 6.13m leap with that last attempt keeps her eyes firmly on a medal. She has 3804 points for the third place.

Sharon Day-Monroe jumped 5.94m, a decent enough result for her, and she is in fourth place with 3750 points before the final event.

World champion Hanna Melnychnko will not win here and quite possibly doesn’t have enough running power to even aim at the bronze during the 800m. She did manage a good result in the long jump with a 6.27m season’s best result coming in round three. She has 3742 points for the fifth place.

Claudia Rath of Germany was the best long jumper today with 6.37m and is in sixth place with 3721 points.

Belarusian Yana Maksimava is a good 800m runner, but she is a bit too far from the medals now. A 5.90m long jump gives her 3705 points for the seventh place and Karolina Tyminska of Poland jumped 6.07m in the long jump for 3622 points and place eight.

Broersen’s lead over Fodorova converts to 7.2 seconds in the 800m. Fodorova is 2.2 seconds ahead of Theisen-Eaton and Day-Monroe is just 3.8 seconds behind the Canadian. Day-Monroe is the strongest 800m runner out of these four runners and the leading trio has to do well to keep her off the medals. 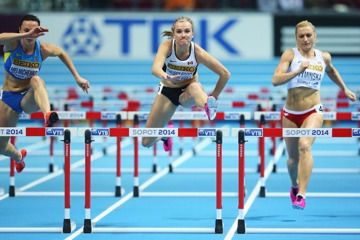 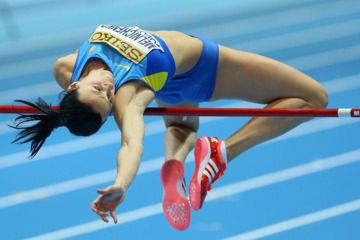 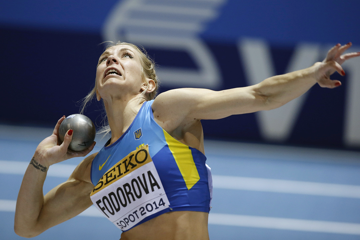