Colombia’s Eider Arevalo and Mexico’s Maria Guadalupe Gonzalez continued their 2017 winning streaks by taking convincing victories at the Pan American Cup, the seventh leg of the IAAF Race Walking Challenge, in Lima on Saturday and Sunday (13-14).

Arevalo added Lima to two previous IAAF Race Walking Challenge victories earlier this year, in Ciudad Juarez and Rio Maior, to confirm his No. 1 spot in the series standings with three races remaining.

The 2012 world U20 champion moved away from Canada’s world bronze medallist Ben Thorne with less than two laps remaining on the two-kilometre loop course along Larco Avenue in the Miraflores district to cross the finish line in 1:21:01.

“I am very happy with my performance here,” said Arevalo, who clinched his previous continental crown as a junior at home in 2011. “We had a slow start as we wanted to become familiar with the course. From the eighth kilometre, we started to pick up the pace and from the 14-15th kilometre, I started to move away from Thorne and Pineda. I managed to keep the advantage until the end.

“I am working hard for the World Championships and the start of the Olympic cycle.”

Thorne settled for second in 1:21:16 while Mexico’s Omar Pineda, who stayed with the leading duo until the 14th kilometre, rounded out the podium with 1:22:00.

Defending champion and 2012 Olympic silver medallist Erick Barrondo finished fourth in a season’s best of 1:22:40, ahead of Mexico’s Horacio Nava, who also claimed the continental victory in 2015 but over 50km.

In the women’s race, Olympic silver medallist Maria Guadalupe González successfully defended her title from 2015 and added a second victory in the 2017 challenge, following her win on home soil two months ago in Ciudad Juarez.

She stopped the clock in a season’s best of 1:28:09, a record for the Pan American Cup and the fourth fastest time in the world this year.

“It was a competitive race,” said the Pan American champion. “I liked the course and this win is very important in my preparation for the World Championships. I am satisfied where I am at in the lead-up to London.”

Peru’s Kimberly García, the 2013 winner, stayed with the decorated Mexican until the 12th kilometre. The fast early pace propelled her to a national record of 1:29:15 for silver to the home crowd’s delight.

Ecuador’s Paola Pérez, who broke the 90-minute mark for the first time in her career earlier this year, finished third in 1:30:00, a notable improvement for the Pan American bronze medallist who finished 11th in 2013 and 13th two years later.

The 50km on Sunday came down to a thrilling photo finish between Ecuador’s Claudio Villanueva and Colombia’s 2011 world 20km champion Luis Fernando Lopez. They both raced in front with five laps remaining and set the stage for a photo finish, determined in Villanueva’s favour after a 25-minute deliberation.

The South American champion crossed the finish line in 3:51:35, roughly a minute shy of his personal best set at the 2013 World Championships in Moscow. He dedicated his win to his mom on Mother’s Day. In only the sixth competitive 50km of his career, Lopez found some consolation by improving his personal best by more than four minutes.

Another Colombian, 25-year old Jesus Montana, finished third in 3:58:28. It was his second medal at Pan American Cup after claiming silver over 20km in Guatemala City in 2013.

The women’s 50km was contested for the second time in the history of the Pan American Cup. Brazil’s Nair de Rosa moved away from Peru’s Yoci Caballero with 14 kilometres to go and went on to win in a national and championship record of 4:39:28.

There were also national and area records in the U20 women’s 10km. Mexico’s Alegna Arday Gonzalez set a fast tempo from the start and was joined by Colombia’s Maria Fernandez Montoya for the first five kilometres, which they covered in 22:29.

Arday went on to win by more than a minute in a championship record of 45:17, eight seconds faster than her area record set in Ciudad Juarez in March. Montoya set a South American U20 record in taking the silver medal in 46:20.

Ecuador’s Glenda Stefania Morejon and Evelyn Igna were also propelled to area and national records by the fast early pace. The both hit the half-way mark in 22:42, a South American U18 record for Morejon and a Peruvian mark for Igna. They both finished with national U20 records; Morejon in third with 46:27, five seconds ahead of Igna.

The event drew 149 athletes from 17 countries, including 42 Olympians. Thirty of the 84 athletes who finished the elite races achieved the standard for the IAAF World Championships London 2017, half of them in the women’s 20km.

The 10-leg IAAF Race Walking Challenge now travels to the Czech city of Podebrady for the European Cup Race Walking next weekend. It will end at the IAAF World Championships London 2017 this summer.

BACK
Pages related to this articleAthletes
Maria Guadalupe Gonzalez 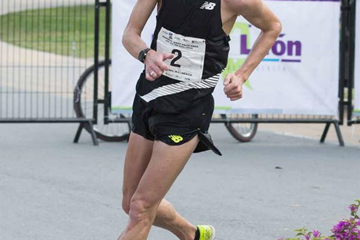 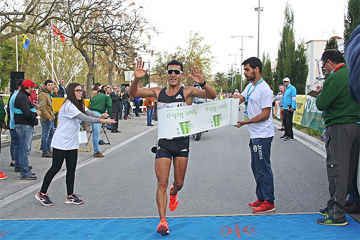 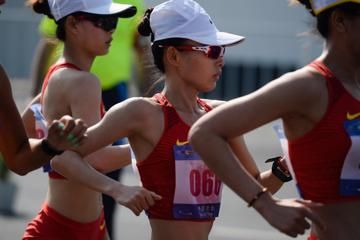