Henry Chirchir and Beatrice Toroitich, both from Kenya, won the 2015 Nagano Marathon on Sunday (19), achieving just the second Kenyan double in the 17-year history of the IAAF Bronze Label Road Race.

In a close race, the top two men to cross the finish line were both given the same time and just nine seconds separated the first four finishers.

Chirchir won with 2:11:39, just a step ahead of Japan’s Tomohiro Tanigawa. Kohei Ogino was three seconds back while marathon debutant Takuya Fukatsu was another six seconds behind. Both The first three Japanese finishers all set personal bests.

In stark contrast, Toroitich won the women’s race by more than three minutes in 2:34:02. Japan’s Eri Okubo was second with 2:37:30 and compatriot Yumiko Kinoshita was third with 2:40:56. The winning time was second slowest winning time in Nagano after Pauline Wangui’s 2012 win in 2:34:22. Unlike the men’s race, none of the top finishers in the women’s race set a personal best.

In the men’s race Jairus Chanchima and fellow Kenyan Chirchir took turns leading in the early stages and by 15km, reached in 46:27, they had broken away from a large chase pack. Just 5km later, they increased their lead by another four seconds to 21 seconds.

They passed the half-way point in 1:05:21, but at 30km Chanchima began to fall behind, leaving Chirchir alone in front. The chase pack, comprising Taiga Ito, Tomohiro Tanigawa, Shota Yamaguchi, Takuya Fukatsu and Kohei Ogino, were 23 seconds behind Chirchir at 35km, but the gap began to close over the next five kilometres.

At 40km, all but Yamaguchi had caught up with Chirchir as the leading pack of five men went through that check point in 2:05:00. The race then came down to a final sprint. Having led for most of the race, Chirchir wasn’t going to give in without a fight and he crossed the line in 2:11:39.

Tanigawa, who finished second with the same time, improved his PB by more than five minutes. His aim for 2015 is to run faster than 2:10, which now appears a realistic goal.

Ogino, who was third with 2:11:42, also improved his personal best. Marathon debutante Fukatsu was fourth with 2:11:48, faster than the debut time of fellow accomplished college ekiden stars such as Yuki Sato and Tsuyoshi Ugachi.

Toroitich runs away from Japanese opponents

From 5km to 15km, Mori was 27 seconds ahead of the chase pack, but Toroitich then surged ahead, taking only Okubo with her.

Toroitich led at the half-way stage, passing the 13.1-mile mark in 1:16:48, four seconds ahead of Okubo. Mori was further behind in third and Ndereba fourth.

With every step, Toroitich slowly pulled away from Okubo. The gap was eight seconds at 25km and 45 seconds at 30km.

Mori remained in third, but Yumiko Kinoshita passed Ndereba before 30km. Over the next 5km, Kinoshita also passed Mori to move into third while Toroitich kept pulling away from Okubo.

At the end Toroitich won by more than three minutes. It was just her second marathon victory to date, having first won on her debut at the distance in Porto five years ago. 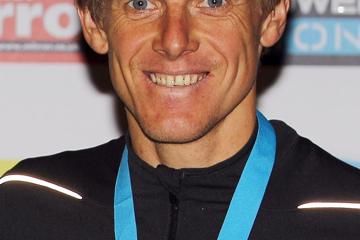 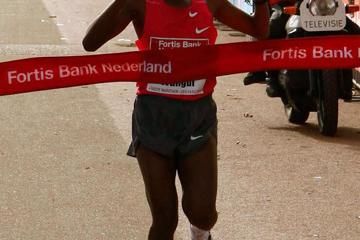 Kibiwott and Wangui win in Nagano ...