Norway’s Martin Roe and Nigeria’s 2015 All Africa Games champion Uhunoma Osazuwa lead the decathlon and heptathlon after the first day of the Multistars Trofeo Zerneri Acciai in Florence, Italy, on Friday (29).

The pair have totals of 4113 and 3620 points overnight in the third leg of the 2016 IAAF Combined Events Challenge.

Roe, who turned 24 earlier this month, had a consistent and high quality first five events. Even though he didn’t get a single personal best, he was close to those marks throughout the session and led from the first event until the end of the day.

The Netherlands’ Sybren Blok was just 0.01 behind Roe while Italy’s Simone Cairoli was third with 10.93. The trio were helped by a gentle swirling wind turning around at the right moment so that they had a 1.8 metres-per-second breeze on their backs.

Roe’s 7.15m (-1.0mps) long jump was enough to keep him in the lead by 20 points from Cairoli, who leapt 7.19m, after two events with the pair moving their scores along to 1751 to 1731 points respectively. Great Britain’s Ashley Bryant was the performer in this discipline with 7.43m.

The Norwegian’s strength lies in the throws and his 15.36m shot put was not only the second best mark of his career but the best mark by anyone in Florence and he took his second individual disciple by three centimetres from his compatriot Lars Rise.

It took Roe’s tally to 2563 points and extended his slim lead to 96 points.

The surprise leader then cleared 1.92m in the high jump – a little of the pressure on Roe being relieved by Mayer’s failure to start this event, confirming later on social media that he withdrew as a precaution after suffering some slight physical problems since Monday – to bring his total after four events to 3294, staying in the overall lead by a margin of 71 points ahead of Bryant, who jumped 2.01m.

Like Roe, Osazuwa led from the first event to the last on Friday.

In the first event, the 100m hurdles, she clocked the fastest time of 13.44 and added to her lead with the equal-best high jump of the day, 1.78m, although she will be slightly disappointed that she did not get closer to her best of 1.87m set last year.

Belgium’s Noor Vidts also cleared 1.78m and the fourth place finisher at the 2015 European Junior Championships moved up from fifth to second overall with 1934 points.

Despite a modest shot put of 12.12m, exactly a metre below her best, Osazuwa still held first place but only by five points with a tally of 2681 after three events. Brazil’s Tamara De Sousa, who won the shot put with 14.04m and moved up to second overall.

However, Osazuwa bounced back and rounded off an excellent first day with her third individual discipline win, speeding to a 200m time of 24.34.

Once again, the positions changed behind the Nigerian as Brazil’s Vanessa Spinola clocked 24.38 to finish the first day in second place with 3570 points, 50 points behind Osazuwa, who was third in Florence 12 months ago. In turn, 11 points further back overnight was Vidts who crossed the line in 24.38 in the final event.

BACK
Pages related to this articleAthletes
Martin Roe 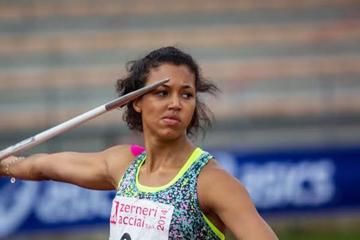 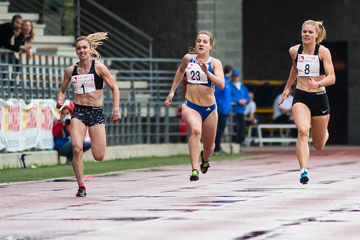 Third time lucky for Wiesiolek in Florence as... 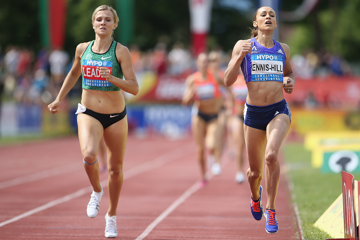 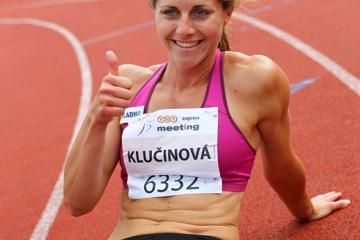