German javelin throwers impressed with personal bests in front of the home crowd at the 75th edition of ISTAF Berlin on Sunday (3).

The javelin promised fireworks and it delivered – literally. Organisers of the ISTAF Berlin, which forms part of the IAAF World Challenge series of one-day meetings, had installed pyrotechnics for throws beyond the 80-metre mark – of which there were plenty.

In the end, it was a German 1-2-3-4 with Johannes Vetter proving himself the strongest in a superb field. The 23-year-old, who finished fourth at the Rio 2016 Olympic Games last month, secured victory with a personal best 89.57m in his first attempt, with four of his six attempts sailing beyond the 84-metre mark.

Olympic finalist Julian Weber also celebrated a successful day at the office, the 22-year-old finishing second with a personal best 88.29m, while Andreas Hoffmann added a season’s best 85.42m to his tally.

Olympic champion Thomas Rohler, who was competing in his fifth competition in seven days, finished fourth with 82.55m, but was pleased with the end result.

European 100m hurdles champion Cindy Roleder was equally inspired by the home support. Jasmin Stowers of the US was first out the blocks, but the German clawed her way back into the lead with every hurdle and with a strong second half finished in 12.65 to take the victory from Stowers, who clocked 12.79.

Gesa-Felicitas Krause was also pushed by the home crowd. The European champion finished second in the 3000m steeplechase in 9:30.95 behind Celliphine Chespol’s winning time of 9:25.49, while Germany’s Gina Luckenkemper won the women’s 200m in 22.92.

David Rudisha was the overwhelming favourite in the men’s 800m and the two-time Olympic champion did not disappoint. Hanging well behind pace maker Bram Som through 400m, the Dutchman going through the bell in 50.47, Rudisha picked up the pace on the second lap to take the victory in 1:43.31.

Only fellow Kenyan Kipyegon Bett stuck with the world record-holder over the final lap, getting on Rudisha's shoulder with 300 metres to go before the world U20 champion finished second with a PB of 1:43.76.

The South African took victory in a dominant 1:55.68, just 0.4 away from her PB set when winning in Rio, while Olympic silver medallist Francine Niyonsaba finished second in 1:57.58. Having missed out on a spot in the final in Rio, Kenya’s Eunice Sum finished strongly over the final 50 metres to secure third in 1:57.95.

Great Britain’s David Omoregie emerged as the surprise winner in the men’s 110m hurdles. The 20-year-old got out the blocks well and, with the focus on Pascal Martinot-Lagarde in lane four, Omoregie managed to sneak through unnoticed in lane eight.

The Frenchman was even handed the winner’s flowers, only for Omoregie’s name to show on the board as the winner, both being awarded the same time of 13.24 – a personal best for last year’s European under-23 champion.

His compatriot Jazmin Sawyers followed suit in the women’s long jump to take the scalp of world and Olympic champion Tianna Bartoletta. The Briton improved throughout the rounds to take the victory with 6.62m.

Heptathlete Claudia Rath was celebrating after a final leap of 6.52m moved her into second ahead of Bartoletta, who had to settle for third with 6.49m. “Last year I jumped here and came last," said Sawyers. "I remember sitting sulking in the stands."

Obergfoll bows out on top

Christina Obergfoll, the 2013 world champion in the women's javelin, celebrated her swansong with a win.

The German had finished only eighth at the Olympic Games, but found some measure of redemption here with a fifth-round effort of 64.28m to take the victory over a field that included Croatia’s Olympic champion Sara Kolak.

“Before my last attempt I felt incredible,” an emotional Obergfoll said afterwards. “Everybody was standing up for me. I almost cried. Right after the fifth attempt, after I took the lead, I felt all the emotions coming up. It's incredible that I managed to win my last competition.”

Another evergreen athlete who bade farewell to track and field on Berlin’s blue oval was 2007 double world champion Bernard Lagat. Hanging in the lead pack during the 3000m, the 41-year-old attempted an assault on leader Augustine Choge with 150 metres to go.

Choge, who had been struggling with injuries since the IAAF World Indoor Championships Portland 2016 in March, had hinted before the meeting he felt in good shape. In the end, the Kenyan had enough left in the tank to fend off Lagat and take the victory in 7:43.00, with the US runner finishing second in 7:43.63.

He may have been around for what feels like an eternity, but while everyone around him is talking of retirement, Kim Collins shows no signs of slowing down. The 40-year-old wasn’t fully satisfied with his 10.07 winning time in the men's 100m, but was pleased with the victory nonetheless and was all set to DJ at the after party on Saturday night.

No redemption for Schwanitz, Storl and Harting

Christina Schwanitz and David Storl were out for revenge after finishing a disappointing sixth and seventh respectively in Rio, but even the home crowd couldn’t push the European shot put champions to their usual bests.

In the women’s event, the result read the same as it did three weeks ago; Michelle Carter at the top followed by Valerie Adams and Anita Marton. Carter’s best of 19.68m came in the final round, while in the men’s event, Congo's Franck Elemba, who had set a national record of 21.20m when finishing fourth in Rio, took victory with 20.67m. Storl finished seventh with a best of 20.15m.

Robert Harting, who had the entire discus ring moved to the opposite end of the stadium to benefit from a headwind, couldn’t continue his winning streak in Berlin.

Having missed out on the meeting last year due to injury, the 2012 Olympic champion threw 63.23m to finish third. Austria’s Lukas Weisshaidinger took the win in a season’s best 66.00m, while Olympic silver medallist Piotr Malachowski came second with 65.39m.

In the men’s pole vault, Konstadinos Filippidis defeated the Olympic gold and bronze medallists Thiago Braz da Silva and Sam Kendricks with a first-time clearance over 5.72m, while USA's Chris Carter took the victory in the triple jump with 17.01m. 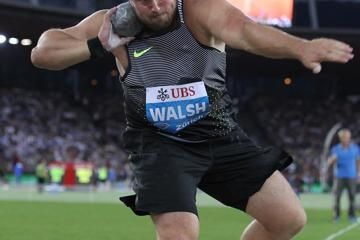 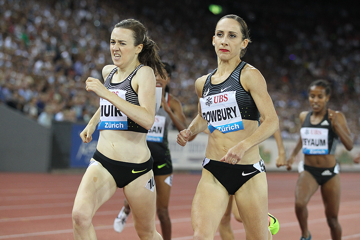 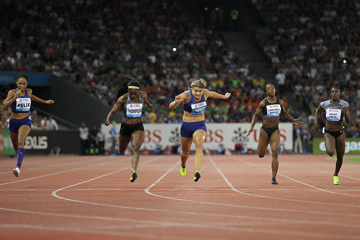 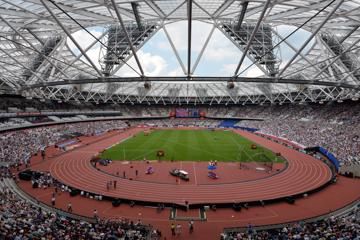 More than one million tickets applied for at ...