But perhaps the most surprising result of the evening came in the women's 800m, where Hedda Hynne took another second off her own recent Norwegian record, winning in a world-leading 1:58.10.

The pacemaker led the field through the first lap in a swift 57.17 with Britain's Jemma Reekie close behind, followed by Hynne and Selina Buchel. Reekie still led as they entered the home straight, but Hynne kicked to the lead, pulling Buchel and Swiss champion Lore Hoffman through too.

“It was completely different to win at home in front of my fans, who gave me a lot of energy,” Del Ponte said. “This does not happen every day. My first coach was here. If I keep the energy from today’s competition, Rome is going to be another nice race.”

Van Niekerk made a winning comeback in his first race outside of South Africa since the 2017 World Championships in London. The world record-holder started slow, running fifth going into the final bend. But he clawed his way back to take the win in 45.58 ahead of Dutchman Jochem Dobber (45.78) and Poland’s Karol Zalewski (46.03).

“The race was challenging,” Van Niekerk said. “The guys went out from the beginning and I had to stick with them. The 400m is where I belong and I showed that I am still around.”

Van Niekerk tested positive for Covid-19 in early August and said he then remained isolated for 25 days. “Basically I started from scratch.”

His compatriot Akani Simbine, who was fourth over 100m at last year’s World Championships, won his third 100m race this summer in 10.02 into a slight -0.2 m/s headwind holding off Italian record-holder and world finalist Filippo Tortu, whose 10.07 was the fastest by a European this year. Simbine, who clocked 9.91 in March, and Tortu will clash again in Rome on Thursday.

World leader Femke Bol won the women’s 400m hurdles in 54.33 edging European champion Lea Sprunger from Switzerland, who clocked 54.98. Bol made a big breakthrough earlier this year when she clocked the current world lead of 53.97 in Papendal.

Ludvy Vaillant from France won the men’s 400m hurdles in 49.24 beating David Kendziera of the US, who clocked 49.67 after winning the past two editions of this meeting.

Aaron Mallett of the US won the 110m hurdles with a 13.34 lifetime best, beating Swiss record-holder and European U23 champion Jason Joseph (13.40) in a race dedicated to the memory of late local coach Fiorenzo Marchesi.

Dutch sprinter Lieke Klaver took a close win in the women’s 200m in 22.96 ahead of Marije Van Hunenstijn (23.01) and Italian champion Dalia Kaddari, who smashed the national U20 record with 23.23.

BACK
Pages related to this articleAthletes
Wayde van Niekerk 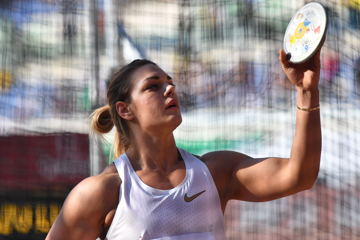 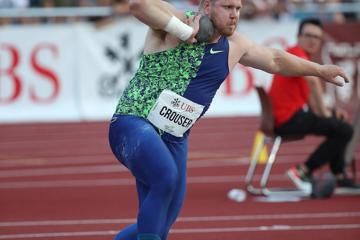 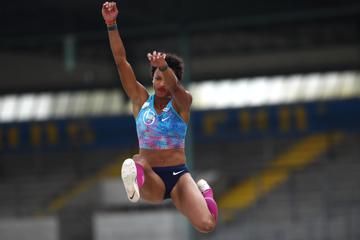