Worku and Yavi the favourites at the Cinque Mulini cross country

Ethiopian teenager Tadese Worku and defending champion Winfred Mutile Yavi from Bahrain will be in the spotlight at the 88th edition of the Cinque Mulini in San Vittore Olona, Italy, the seventh leg of this season’s World Athletics Cross Country Permit, on Sunday (26).

The 2020 edition of the famous Italian cross country race will be highlighted by a battle between the new wave of African stars, duded “Generation Z” by race organisers, and the best Italian middle distance runners.

Three of the top four finishers in the U20 race at last year’s World Cross Country Championships - Worku, Oscar Chelimo from Uganda and Leonard Kipkemboi Bett from Kenya - will line-up in the men’s race.

Worku, who turned 18 on 20 January, won the U20 silver medal in Aarhus last March. He has been one of most consistent cross country runners this season with back-to-back wins in the World Athletics Cross Country Permit meetings in Elgoibar and Seville. Worku also won the Giro di Castelbuono road race last July, finished third at the Giro al Sas in Trento and set career best times of 7:43.24 in the 3000m and 13:18.17 in the 5000m.

Burundi’s Thierry Ndikumwenayo will fight for another top-three placing after winning in Alcobendas on 24 November and finishing second in Soria one week earlier. The 22-year-old trains with Italy’s Yemaneberhan Crippa under the guidance of Italian coach Massimo Pegoretti.

Morocco’s 1500m specialist Abdelati Iguider will test his shape over a longer distance with the aim to continue the proud Moroccan tradition in San Vittore Olona, which started with the wins of Khalid Skah in 1991 and Salah Hissou in 1999 and the runner-up finish by Soufian El Bakkali in 2017. Iguider won the bronze medal at the 2012 Olympic Games in London and at the 2015 World Championships in Beijing.

Another interesting entrant is Kenya’s Jackson Muema, who won the cross country race at the 2018 Youth Olympic Games.

Crippa will carry Italian hopes for a top-three placing after finishing fourth for the second consecutive year at the Campaccio Cross Country race on 6 January. During a successful 2019 season Crippa finished eighth in the 10,000m at the World Championships clocking 27:10.76 to break the national record. Last December he won European Cross Country bronze after winning the U20 race in 2014 and 2015 and finishing third in the U23 race in 2016 and 2017. Crippa trained for three weeks in Monte Gordo in Portugal in preparation for the Cinque Mulini and will be aiming to become the first Italian to reach the podium since Stefano Baldini in 2005.

The Italian line-up is completed by Yohanes Chiappinelli, the European 3000m steeplechase bronze medallist in 2018, Cesare Maestri, silver medallist at the 2019 World Mountain Running Championships and winner at last week’s Vallagarina Cross Country race in Rovereto, and Italian 5000m champion Marouan Razine, who finished sixth at the Campaccio this year.

Yavi will return to San Vittore Olona to defend the title she won last year in snowy conditions. The 20-year-old went on to finish fourth in the 3000m steeplechase at the World Championships after improving her lifetime best to 9:10.74 in Monaco.

The women’s race will be also highlighted by 20-year-old Kenyan Jackline Jerono, who won two recent cross country races in Allonnes and Le Mans, France, and Jasmijn Bakker from the Netherlands, who was fourth in the U23 race at last month’s European Championships.

Rising Italian middle distance star Nadia Battocletti will aim to continue her successful season after claiming her second European Cross Country U20 title and finishing sixth at the Campaccio. The daughter of former distance runner Giuliano Battocletti won the European U20 silver medal in the 5000m last year.

Other Italian runners in the field are world U20 mountain running champion Angela Mattevi and Valeria Roffino, who finished 11th at the European Cross Country Championships.

The weekend also includes a ceremony during which organisers of the Cinque Mulini will be presented with the World Athletics Heritage Plaque. The presentation, which will take place at 11:45 before the start of the women’s senior race, will mark the first time that a Heritage Plaque will be unveiled.

Since the programme was launched and a public competition was opened to design the plaque in December 2018, 54 plaques have been rewarded. World Athletics Heritage Director Chris Turner and World Athletics Road Running Manager Alessio Punzi will be on hand for the ceremony.

A milestone will also be celebrated as the women’s race will mark its 50th anniversary. To mark this important milestone edition, organisers invited past Italian stars Paola Pigni and Nadia Dandolo to the official press conference last Tuesday in Milan. Pigni enjoyed one of her best seasons in 1973, when she won the Cinque Mulini and the world cross country title. Dandolo won the 1990 Cinque Mulini beating Ethiopia’s Derartu Tulu. 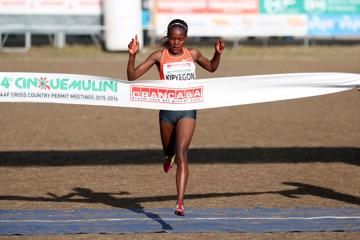 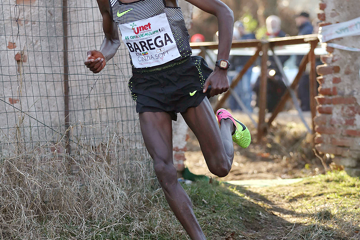 Barega and Degefa upstage the seniors at Cinq... 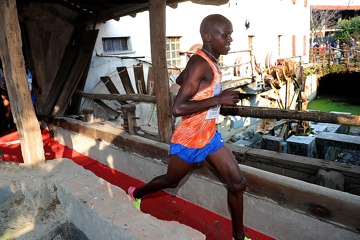 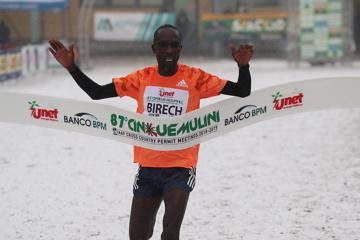 Beating the snow and cold, Birech and Yavi ta...