Loaded sprint fields sure to sizzle in Kingston

Some of the best athletics meetings in the world traditionally have a core set of events, and the Jamaica International Invitational is no different; sprints are what the IAAF World Challenge meeting in Kingston does best.

On Saturday (9), the Jamaican capital will stage all sprint events – on the flat and over the hurdles – for both men and women, along with a handful of field events and a couple of distance races.

One of the biggest clashes will be in the women’s 400m where the three reigning global champions in the event will take on the Diamond Race winner.

Olympic champion Sanya Richards-Ross will face world champion Christine Ohuruogu, world indoor champion Francena McCorory and Jamaica’s Novlene Williams-Mills. It will be just the third time in history that this quartet of quarter-milers has clashed.

Richards-Ross showed at last weekend’s IAAF/BTC World Relays, Bahamas 2015 that she was getting back to top form, running a sub-49-second split to help the USA win the 4x400m.

McCorory, who was also part of the victorious 4x400m team in Nassau, currently holds the world-leading mark with her 50.13 clocking at the Drake Relays.

Javon Francis, who ran a 44.00 anchor for Jamaica at the recent IAAF World Relays, will also be in the field alongside Akeem Bloomfield, the 17-year-old who recently broke the Jamaican junior record with 44.93.

Of those seven men, Masrahi has the fastest season’s best so far this year, having clocked 44.70 at the Drake Relays where Merritt was a distant fifth in 45.28.

In her only other race over 200m so far this year, Fraser-Pryce finished 0.01 ahead of Simpson, winning at the UTech Classic in Kingston last month, 22.96 to 22.97. But Bowie and Miller have gone significantly quicker this year, running 22.61 and 22.50 respectively.

It will be Thompson’s biggest test since smashing her PB with 10.92 in Kingston last month. Felix and Okagbare, meanwhile, will be contesting their first 100m races of 2015, following their appearances at the IAAF World Relays.

After anchoring the USA to victory in the 4x100m at the recent IAAF World Relays, Ryan Bailey will be up against a host of top Jamaican sprint talent in the 100m. World bronze medallist Nesta Carter, former world record-holder Asafa Powell and Commonwealth champion Kemar Bailey-Cole are all in the field, alongside world silver medallist Justin Gatlin and 2008 Olympic silver medallist Richard Thompson.

World 100m and 200m finalist Nickel Ashmeade will run his first 200m of the year. He will be taking on 2007 world champion Tyson Gay, Commonwealth champion Rasheed Dwyer and Julian Forte.

In both the men’s and women’s sprint hurdles, the current world leaders will each take on an Olympic medallist.

In the women’s event, Dawn Harper Nelson, the 2008 Olympic champion, will be up against Jasmin Stowers. At the recent Drake Relays, Stowers finished 0.31 ahead of Harper Nelson with a huge PB of 12.40, a time that Harper Nelson has only once bettered.

World leader Aleec Harris will face Olympic bronze medallist and Jamaican record-holder Hansle Parchment in the men’s sprint hurdles, while world champion Jehue Gordon will be in action in the 400m hurdles.

After winning his first three competitions of the year, Whiting finished third at last month’s Kansas Relays behind his two domestic rivals. Cantwell won with 21.50m while Hoffa was second with 21.23m. 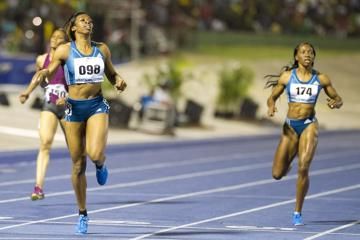 Cantwell and McCorory win with world leads in... 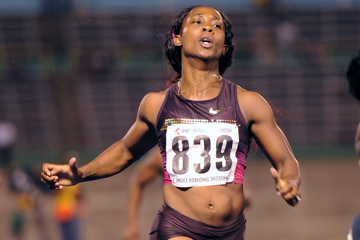 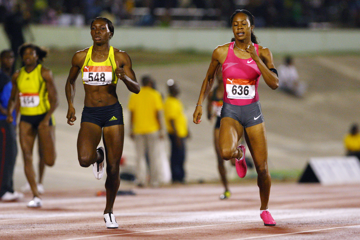