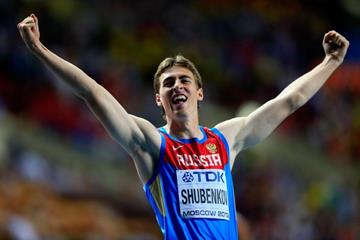 Ronnie Ash, the Americas team representative, ranks third in the world this year with his 12.99 PB achieved at the US Championships. The 26-year-old recently finished fourth at the IAAF Diamond League final in Brussels, just 0.02 behind Shubenkov.

Cuba’s former world junior champion Yordan O’Farrill has quickly adapted to the senior-height hurdles, clocking a PB of 13.19 in Prague in June. The 21-year-old will want to make amends for a disappointing showing at the Pan-American Games, where he was disqualified in the semi-final.

China’s Xie Wenjun, who won the IAAF Diamond League meeting in Shanghai with a PB of 13.23, could score valuable points for Asia-Pacific if he is able to recapture his form from earlier in the season.