With one week to go to the IAAF’s premiere showcase event, set for 27 September to 6 October, Holm is looking forward to following all the action at the Qatari capital's state-of-the-art Khalifa Stadium.

"I am, of course, honoured to be an IAAF ambassodor during the World Championships," said Holm, who competed at five consecutive editions of the World Championships between 1999 and 2007, earning silver in 2003. "It's the biggest, and best, athletics competition in the world and it's great to be a part of it and the sport that I love."

Holm also won four world indoor titles during his career before retiring from top-level competition in 2008. He is still heavily involved in the sport and is coach to some of Sweden’s leading athletes.

He – and many of the home supporters – will have a keen eye on the men’s high jump in Doha, where Mutaz Barshim will defend his title.

"Of course I'm looking forward to the high jump competitions for both men and women," said Holm. "And as a Swede I'm really looking forward to seeing Daniel Ståhl and Armand Duplantis go for gold. And, last but not least, I also have a feeling that the men's 400m hurdles can bring something extra this time around."

A keen statistician, Holm was also excited by the publication of the IAAF World Athletics Championships Doha 2019 Statistics Handbook, which is now available to download as a PDF.

The 850-page book has been produced in collaboration with the Association of Track and Field Statisticians (ATFS) and edited by renowned athletics statistician Mark Butler.

It features a wealth of information, including results and reports of every round of every event that has taken place at each of the 16 editions of the IAAF flagship event. There are also all-time medals tables, statistics on the oldest and youngest athletes in World Championships history, a full country index, plus much more.

Event-by-event previews are also being published online, starting today with the relays, race walks and combined events. Previews for other event groups will be published over the next four days.

BACK
Pages related to this articleAthletes
Stefan Holm 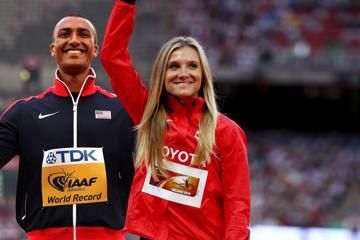 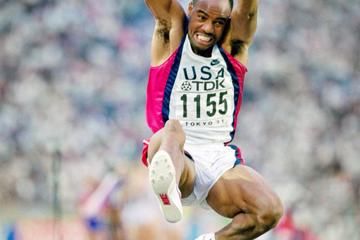