New research has been published today in support of the International Association of Athletics Federations’ (IAAF) currently suspended Hyperandrogenism Regulations.

On 27 July 2015 in a Court of Arbitration for Sport (CAS) case between the Indian athlete Dutee Chand and the Athletics Federation of India and the IAAF, the CAS made an interim decision to suspend the IAAF’s Hyperandrogenism Regulations for a period of two years, in order to provide the IAAF with an opportunity to submit further evidence as to the degree of performance advantage that hyperandrogenic female athletes have over athletes with normal testosterone levels.

The article published today, “Serum androgen levels and their relation to performance in track and field: mass spectrometry results from 2127 observations in male and female elite athletes”, is part of the evidence that the IAAF is preparing for its return to CAS. The authors, Drs Stéphane Bermon and Pierre-Yves Garnier, submitted the study for scientific peer review, and the article and related research has now been published in the British Journal of Sports Medicine.

Dr Bermon, who has been a member of the IAAF and IOC working groups on hyperandrogenic female athletes and transgender athletes, jointly headed the study with Dr Pierre-Yves Garnier, Director of the IAAF Health and Science Department.

Funded by the IAAF and the World Anti-Doping Agency, the study describes and characterises serum androgen levels and studies their possible influence on athletic performance in both male and female elite athletes.

While the IAAF will continue to gather evidence and prepare its case, it should be noted that this process will have no impact on the IAAF World Championships in London this August, as the Hyperandrogenism Regulations remain suspended pending the resolution of the CAS proceedings.

Other recently published articles relating to this topic can be found here: a) Bermon current opinion and b) Eklund Serum Androgen Profile.

No further comment will be made until after the conclusion of the CAS proceedings.

Steiner storms to 200m win at US Championships 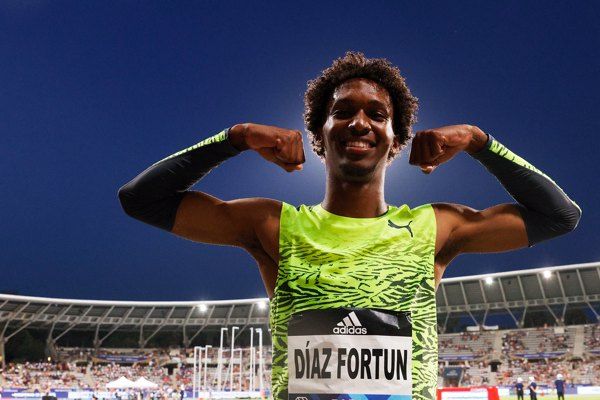