Following their selection trials on Sunday (27), Athletics Australia has announced its team for the IAAF/Mikkeller World Cross Country Championships Aarhus 2019 on 30 March.

Tiernan recently indicated his good current form by clocking 1:01:22 at the Houston Half Marathon, a performance which elevated him to eighth on the Australian all-time list.

After his performance in Kampala two years ago, Tiernan went on to set significant personal bests at all track distances from the 1500m to the 10,000m.

In 2018 Stewart McSweyn duplicated that feat with significant marks and PBs over the exact same range of events.

They join the in-form Brett Robinson and Jack Rayner, who finished first and second respectively in the trial race to secure automatic selection. Robinson, an experienced campaigner, is on his fifth World Cross team.

Tiernan, McSweyn, Robinson and Rayner were also members of the 2017 team which placed eighth. They are joined by Harry Summers and Jack Bruce.

In the senior women’s team, Melissa Duncan and Caitlin Adams were automatic selections as the first and second Australian women across the finish line at the selection trials.

The next four finishers at the trials – Paige Campbell, Emily Brichacek, Marnie Ponton and Leanne Pompeani – have also been selected.

BACK
Pages related to this articleDisciplines
Senior Race 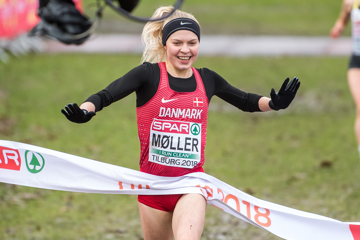