Taking every precaution, Turku and Monaco ready to kickstart the international season

Action at the Herculis Meeting in Monaco (© Getty Images)

Next week, track is back.

After a delay of more than three months, the World Athletics Continental Tour Gold meeting series kicks off on Tuesday (11) with the Paavo Nurmi Games in Turku, Finland. Three days later, the Herculis EBS Meeting in Monaco will signal the start of the scaled down 2020 Wanda Diamond League season.

As recently as two months ago, with event postponements and cancellations becoming the norm, it began to seem more and more unlikely that any season would emerge from the havoc that the coronavirus pandemic has left in its wake. But Jean-Pierre Schoebel and Jari Salonen, respectively the directors of the Monaco and Turku meetings, saw things differently.

From the beginning of the pandemic, both have continued their work under the assumption that their events would go ahead. Instead of waiting until next year, Salonen pushed his meet back two months, hoping the situation would improve. Schoebel too, bided his time. Lockdown restrictions in the Principality eventually eased, paving the way for his meet, like Turku’s, to go on after all, albeit under strict conditions.

“Life is beginning to start again,” Schoebel said. “The Herculis EBS meeting in Monaco gives the possibility to show that, yes we have been confined, but now life is starting again and that we can live again.”

But in order to do that, Schoebel added, “We have changed everything,” from the athletes’ travel and accommodation logistics to the way the competition will be staged and conducted. “We studied everything to ensure we'd provide the maximum security to everyone involved in the meeting.”

‘We've never worked as hard as this year’

Staging an international competition has its challenges under the best of times. Throw in a slew of unprecedented public health and safety concerns, global travel restrictions and painful budget cuts, and you find yourself facing a near impossible chore.

“We’ve never worked as hard as this year,” Schoebel said. “I can't tell you how difficult the situation has been.”

Especially with bringing athletes from the United States, Kenya and Uganda, for example, countries that are not yet on the European Union’s Schengen Area “safe” list, therefore limiting non-essential entry.

For months Schoebel and his team have worked closely with French and Monegasque authorities investigating ways to secure entry visas and formulate transport options for athletes arriving from outside of the European Union.

But the athletes, who include world and Olympic steeplechase champion Conseslus Kipruto, women’s steeplechase world record holder Beatrice Chepkoech and world 5000m champion Hellen Obiri, will have to adhere to strict health protocols prior to and upon arrival in Monaco. All will be tested for Covid-19 prior to departure and will be required to take another test upon arrival in Monaco before they’re cleared to compete.

Schoebel said he’ll require all athletes, even those arriving from within the European Union, to follow a strict testing protocol.

For Salonen and his team in Turku, the regimen won’t be quite as demanding since very few athletes will be arriving from outside of the Schengen zone.

“We made a decision quite early that we would concentrate on athletes coming only from Europe or within the Schengen area, to minimise the risk.”

Athletes arriving from countries not on Europe's current list of “safe” countries will be tested, he said.

“We will also be ready to test on-site. Finland is considered a very safe country, from our authorities’ point of view, so we are very careful with those coming from the other countries.”

The testing in Turku is also being organised with the Herculis meeting in mind.

"We have also agreed to help Monaco with some athletes, to test them in Turku in order for Monaco to know that healthy athletes are coming from Finland,” Salonen said. “I think this is very important, that meetings work together in order to make sure that athletes are healthy during the tour, and therefore the meet organisers can be more safe.

Both are expecting a similar number of athletes, Turku about 150 athletes across 12 disciplines, including 50 to 80 from outside of Finland, and Monaco between 140 and 150 across its 14 events. All will be more or less secured in the meeting bubble from arrival until departure.

Confined to the bubble

To help maintain that bubble, Monaco organisers switched hotels this year, choosing to accommodate the athletes at the Riviera Marriott located across the street from the Stade Louis II, keeping everything and everyone within walking distance.

“And from the hotel they will have direct access to the warm up track. It's very convenient, they won't see or interact with anyone.”

While there will be some doubling up in rooms, mostly among athletes who train or travel together, there will be more single accommodations than in other years, Salonen said.

“The main idea is to try to isolate the athletes from all the other personnel who are not involved with them, as well as the public and media. That is the main idea in our programme. From the transport to the hotel and from the hotel to the stadium area, we will maximise the isolation, therefore secure the social distancing.”

That also means that any pre- and post-meet press conferences and media interviews at both competitions will be held virtually or individually with strict distancing protocols.

Social distancing on the programme

Social distancing regulations have also forced logistical changes within the stadium, particularly in Monaco, for both athletes and spectators. The call room area, where athletes gather just prior to their race, is too small to meet current social distancing guidelines, so it was moved to the stadium’s infield. That move forced the long throw events off of the programme this year.

Schoebel said his team worked closely with Salonen's when formulating their respective programmes, which ensured that a strong slate of throws events would be available in the Finnish meet that week.

Salonen said that as of 1 August, Finland will no longer mandate limits on outdoor gatherings. But to play it safe, and to serve as an example, Turku will voluntarily cap attendance at between six and seven thousand, roughly half of the sell-out crowds the meeting typically attracts.

Monaco, on the other hand, will allow a maximum of 5000 spectators who will be directed towards their seat through seven of the stadium’s gates. They will be seated in every other row and will be obliged to wear masks. Concession stands will be closed but spectators will be allowed to bring bottled water.

Another factor shared by both meetings are vastly reduced operating budgets this year. Salonen said his was cut by about 25%, while Schoebel said his was slashed nearly in half. But both say that they’re glad they will be able to provide athletes with a paycheck.

“Of course we want to help them as much as we can,” Schoebel said. “And we're pleased that we can give prize money and some appearance money.”

Albeit less than in the past. But Salonen is quick to add that managers and athletes have been very understanding of the financial situation the pandemic has sown. “We’ve had no problem with our negotiations this year. Athletes are craving competition.”

Yet for all the precautions, risks do remain. That’s part of the game right now, one that both are confident they’re going to win.

“I think that all we can do is to minimise the risk,” Salonen said. “With the (good) situation that we have in Finland at the moment, the possibility of the virus coming to us is very, very, very low if we use the protocol we have built - to bring healthy athletes to Turku, so that they can leave healthy. The existence of corona in Turku at the moment is almost zero. And we need to make sure we can keep it that way.”

“We're making a big effort as we know the athletes want to get back into competition,” Schoebel said. “And I hope we will succeed.”

Fans are also keen to be back in the stadium so tickets are selling fast. Monaco ticketing information is here and Turku here. 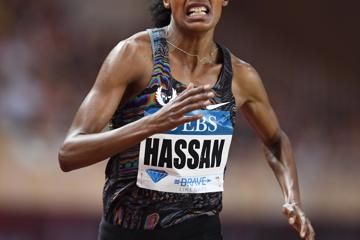 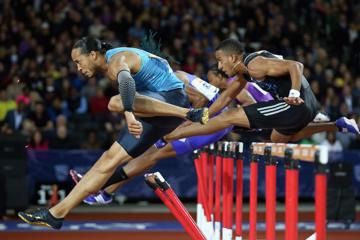 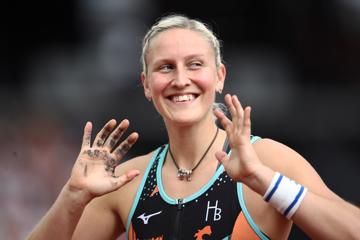 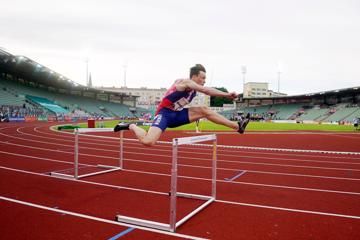