With his 50km race walk gold claimed at the London 2012 Games together with his silver medals in the same event in 2008 and 2016, plus bronze achieved in the 20km race walk in Beijing, Tallent is Australia’s most decorated male Olympic track and field athlete. The 36-year-old’s impressive medal haul from a 13-year international career also features six World Race Walking Cup medals and two Commonwealth Games medals, including a gold won in New Delhi in 2010.

Tallent had hoped to extend his career to include a fourth Olympic Games, but injury put paid to his qualification hopes.

“I had planned for Tokyo to be my swansong, but I’ve had a number of setbacks from an injury to my hamstring, with the latest one putting a halt to my final preparations for the Australian 50km Race Walking Championships this weekend,” explained Tallent, who started race walking in his early teens and made his international championships debut at the World Youth Championships in Debrecen in 2001.

“Unfortunately that was the last chance for me to qualify for Tokyo so it is with mixed emotion that I announce my retirement from elite sport.”

With his silver secured in the 50km race walk and bronze in the 20km event, Tallent achieved a rare medal double when making his Olympic debut in 2008, becoming the first male Australian athlete to win two athletics medals at a single Olympic Games in more than a century.

“I’m incredibly proud of what I’ve achieved,” he added. “The medals I’ve won at the Olympics are by far my highlight as they were beyond my wildest dreams when I started race walking all those years ago.

“To go to an Olympics is an achievement, and then to go on to win three medals in a row in one event is something I’ll never forget.

“I’ve made long-lasting connections and friendships through athletics and I’m grateful to take them away with me. In particular, I’d like to thank my family and friends for their support and also my coaches over my career – Daryl Biggin, Brent Vallance and Adam Didyk – for the support and guidance they’ve provided me along the way. I also want to thank Professor Louise Burke at the Australian Institute of Sport. Much of my success in London is because of the knowledge she shared with me. I really couldn’t do it without that team.”

At the 2012 Olympics, and at several other major events, Tallent's medals were upgraded following the disqualification of athletes who were later found to have committed anti-doping rule violations.

BACK
Pages related to this articleAthletes
Jared Tallent 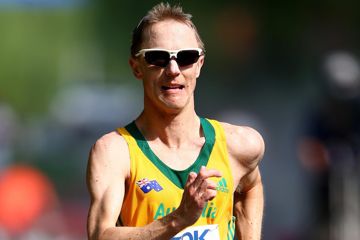 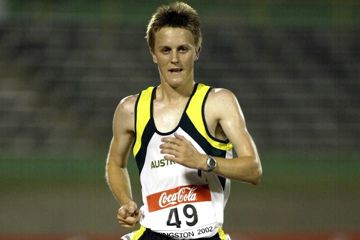