Four London 2012 Olympic champions and three World record-holders are among the array of international stars that will compete at the 2013 IAAF Diamond League meeting in Shanghai on 18 May, organisers announced on Tuesday (9).

Merritt returns to the meeting in 2013 hoping to make amends after finishing just fourth last year in a 110m Hurdles contest that produced a victory for the local Chinese favourite Liu Xiang.

Liu’s season came to a crashing halt in the Olympic heats but Merritt went on to win gold in London and he set a stunning World record of 12.80 at the IAAF Diamond League final in Brussels on 7 September.

Merritt dipped under 13 seconds no less than 10 times during the season and he will hope to run close to that time again in Shanghai when he faces the latest Chinese hurdling hope, Xie Wenjun.

Tipped by some as the new Liu, Xie lowered his personal best at 110m Hurdles to 13.34 in the Olympic semi-finals last August and made a further breakthrough earlier this year when he ran 7.60 indoors for the 60m Hurdles at the British Athletics Grand Prix in Birmingham.

Blake will compete in Shanghai for the first time full of confidence after picking up three medals at the Olympic Games, clinching two silvers behind Usain Bolt in the 100m and 200m before joining his Jamaican compatriot to take gold in the 4x100m Relay in a world record time.

Already the second-fastest man ever over 200m, his outing over that distance in Shanghai will be a major step on the road towards also trying to defend his World 100m crown in Moscow later this summer.

James is also aiming to defend a World title in Moscow after adding the Olympic 400m gold to an ever-growing collection of medals.

Still only 20, the Grenadian has won World youth, World junior, World senior and Olympic titles in the last four seasons. He won the Olympic gold medal in 43.94, making him the only athlete other than American sprinters to figure in the world all-time top 10 for the event.

Walcott’s rise to the Olympian heights has been even more meteoric. He arrived in London fresh from winning the World junior title in Barcelona just a month earlier. In London he shocked the favourites to claim Olympic gold with a personal best of 84.58m, his fifth national record of the season.

Isinbayeva is another athlete familiar with record-breaking achievements. The Russian has set a remarkable 28 World indoor and outdoor pole vault records in her career, topped by her 5.06m leap in Zurich back in 2009.

Twice an Olympic and World champion, and three-times voted the World Athlete of the Year, the 30-year-old has endured injury problems and a dip in form in recent seasons, but she returned to the Olympic podium in 2012 after clinching the bronze medal.

Isinbayeva returns to Shanghai in 2013 for the first time in four years hoping to defend an unbeaten record after four previous appearances in the Chinese city. With her mind focused on regaining her World title at her home championships in Moscow, Isinbayeva will be keen to get her 2013 season off to a winning start.

Shot putter Gong Lijiao also left London with a bronze medal in her pocket to add to the bronze she took home from at the 2009 World Championships in Berlin. Gong was triumphant in Shanghai two years ago and will be one of the host's main hopes of victory at this year’s meeting. 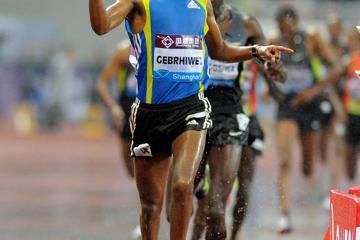 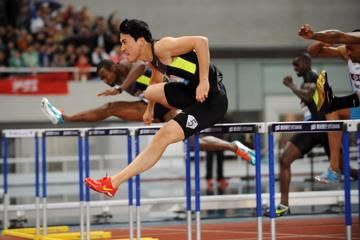 Liu Xiang and G. Dibaba the standouts in rain... 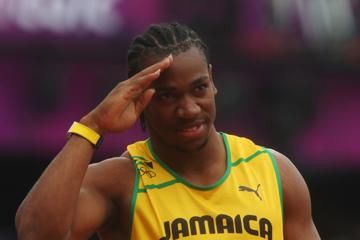