Three-time World indoor champion Bernard Lagat and World champions Dai Greene and Carmelita Jeter are among the stars set to feature at the British Athletics Glasgow International this Saturday (26).

The only world-class team competition of the indoor season, this year’s match will be held for the first time in the new Emirates Arena in Glasgow, having been staged for the past 21 years at the Kelvin Hall. The team format sees hosts Great Britain take on USA, Russia, Germany and a Commonwealth select team.

World 5000m silver medallist Lagat, who won his last World indoor title as recently as last year, returns to Glasgow with fond memories, having won the 1500m at this meeting in 2007 and 2008. This time the American will compete over 3000m where he faces the man who finished closest to him at last year’s IAAF World Indoor Championships, Augustine Choge of Kenya.

World 100m champion and Olympic silver medallist Carmelita Jeter will get her indoor season underway in the 60m. Her toughest opponent looks set to be 2010 European champion Verena Sailer of Germany, who last weekend recorded her fastest ever season opener with a 7.20 clocking.

One of the most intriguing races of the match is the men’s 600m, where World 400m Hurdles champion Dai Greene takes on a handful of 800m specialists, including Olympic finalists Duane Solomon and Andrew Osagie. Russia’s Ivan Tukhtachev boasts the fastest indoor PB of all the entrants with his 1:16.80, while Solomon has a best of 1:17.00 and Greene’s PB of 1:18.8 dates back to 2006 when he was aged 19. But all of these PBs could well be under threat on Saturday.

The men’s High Jump sees another tasty head-to-head as Olympic bronze medallist Robbie Grabarz takes on World silver medallist Aleksiy Dmitrik. Grabarz will be keen to win in front of the home crowd, but Dmitrik knows what it’s like to win in Glasgow after taking victory at this meeting in 2005 with 2.34m.

Olympic 800m bronze medallist Yekaterina Poistogova already has two victories under her belt so far this year and she’ll look to keep up that record in her specialist event where she takes on US Olympian Geena Gall and European silver medallist Lynsey Sharp. 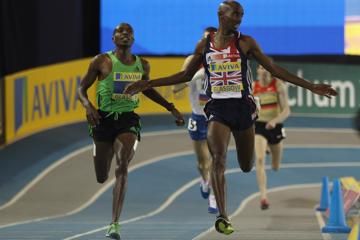 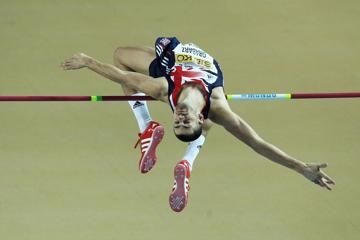 Grabarz, Bleasdale and Proctor set to star in...