Aside from the 1997 edition, German athletes have featured at every Hypo-Meeting since the competition began back in 1975. And once again, German all-rounders will descend upon the Austrian city of Gotzis for the 40th anniversary edition of the famous multievents meeting, art of the 2014 IAAF Combined Events Challenge, which starts on 31 May.

One of the best nations in the world for combined events, Germany last year had nine decathletes score higher than 8100. Five of those will be in Gotzis, along with four heptathletes with PBs higher than 6000.

European champion Pascal Behrenbruch leads the German decathlon entries. He has twice finished third in Gotzis, in 2009 and 2012, and has competed at the Hypo-Meeting every year since 2006. His PB of 8558 is the second-highest of all this year’s Gotzis entries, behind only two-time world champion Trey Hardee.

Rico Freimuth, son of former two-time Hypo-Meeting winner Uwe Freimuth, will return to Gotzis looking to break into the top three, having finished fourth in 2012. The 26-year-old has a PB of 8488 and finished sixth at the London 2012 Olympics.

German champion Arthur Abele is also in the field. His PB of 8372 dates back to 2008, but he twice broke the 8000-point barrier last year.

Kai Kazmirek will be keen to make amends for his performance in Gotzis last year, when he no-heighted in the pole vault. The European under-23 champion has a PB of 8366 and finished sixth in the heptathlon at this year’s IAAF World Indoor Championships.

Rounding out the German decathlon quintet is 2007 European junior champion Mathias Prey, who has a PB of 8215.

In the heptathlon, Olympic silver medallist Lilli Schwarzkopf will be making her long-awaited return to action. Her last full heptathlon was at the 2012 Olympic Games, where she set her lifetime best of 6649 to take the silver medal behind Jessica Ennis.

Earlier in 2012, Schwarzkopf finished fourth in Gotzis. This will be her eighth appearance at the Hypo-Meeting, her best finish being third place in 2006.

In one of the closest heptathlon competitions in World Championships history, Claudia Rath finished just 15 points away from a medal last year in Moscow, having to settle for fourth with a PB of 6462. She was once again close to the medals at this year’s World Indoor Championships as she finished within 42 points of the bronze medallist.

Julia Machtig, the 2004 world junior bronze medallist, was Germany’s second-best heptathlete last year, setting a PB of 6430 when winning at the IAAF Combined Events Challenge meeting in Ratingen. This will be the 28-year-old’s seventh appearance in Gotzis.

Former world junior and European junior champion Carolin Schafer will also be in Gotzis. The 22-year-old won the German title last year and has a PB of 6072.

Cindy Roleder completes the German contingent for Gotzis. The sprint hurdles specialist will be making her heptathlon debut, having begun her transition over the past winter. Although she finished sixth in the 60m hurdles at the World Indoor Championships, she contested two pentathlons during the indoor season and scored a PB of 4187.

Five of Switzerland’s best all-rounders will also be in Gotzis. Ellen Sprunger and Linda Zublin, both of whom finished in the top 20 at last year’s World Championships, will be joined by Valerie Reggel in the heptathlon, while Simon Walter and Jonas Fringeli will start in the decathlon.

BACK
Pages related to this articleAthletes
Lilli Schwarzkopf 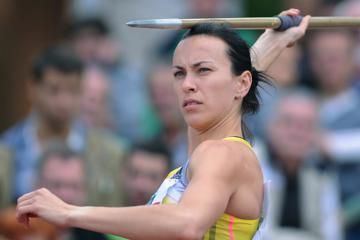 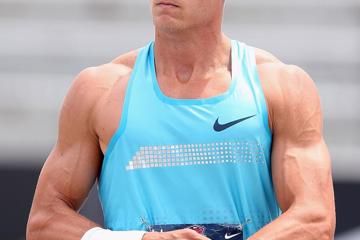