Hassan and Kipyegon in Florence 1500m, Barshim and Stefanidi ready to soar

Two-time world high jump champion Mutaz Barshim and Olympic pole vault gold medallist Katerina Stefanidi are also among the latest athletes announced for the event, as they look to fly high in Florence.

Barshim set the men’s pole vault meeting record of 2.41m when the event was held in Rome in 2014 and in Florence he will take on local favourite Gianmarco Tamberi, who set the Italian record of 2.39m in 2016, as well as European indoor champion Maksim Nedasekau and world bronze medallist Ilya Ivanyuk, who have both set PBs of 2.37m this year.

A total of 1000 spectators will be able to attend the event. 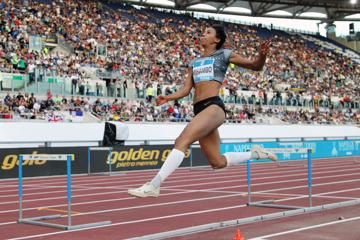