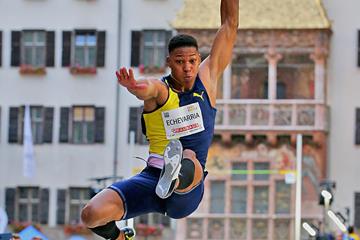 The Golden Fly street athletics series will launch its 2020 season in Bangkok on 22 May, its first-ever stop in Asia.

Founded in 2013 as a four-meeting series in Europe with competitions taking place in Innsbruck, Munich, Cologne and Salzburg, the popular event brings world class athletics action to the heart of city centres, offering fans an up close ringside experience. In 2016 the series also included a stop in Rio de Janeiro as part of a lead-in to that year’s Summer Olympic Games.

The programme of the Bangkok event, scheduled to take place at the CentralWorld shopping plaza and complex, will include men’s and women’s pole vault and long jump competitions. The event will also be staged in the Thai capital in 2021 and 2022.

The competition will take place on The FlySwat, a mobile combination pole vault and long/triple jump runway, designed and built in accordance with World Athletics competition rules. Performances will be recognised for Olympic qualification purposes.

The series will continue with the 16th Golden Roof Challenge in Innsbruck, Austria, on 6 June and will conclude with the 3rd Goldem Fly meeting in Schaan, Liechtenstein, on 6 September.