San Sebastian gets ready to host second edition of FICA

This year’s festival in the Basque city will have two main components directly related to athletics on the screen, an official section which will show films already produced and in the public domain and a young filmmakers’ competition section that will present recently produced short films and documentaries.

Seventeen films from both Spanish and international producers have been entered in the main competition and will be vying for the Gold, Silver and Bronze Achilles trophies, in addition to cash prizes for the top three.

Last year, the prestigious honour of being judged to be the best film at the inaugural edition FICA went to the highly acclaimed 2012 documentary Town of Runners, produced by British director Jerry Rothwell, which follows the stories of young runners from the Ethiopian town of Bekoji.

Open to all aspiring filmmakers regardless of experience but under the age of 23, the competition invited entries of short athletics-themed films which had to be no longer than two minutes and shot on mobile phones or tablets.

As well as receiving an Achilles trophy, the winner will also get an all-expenses-paid six-day trip for two to the IAAF World U20 Championships Nairobi 2020.

The anouncement of the winners of the U23 prize will take place on Tuesday (5) and the main Festival competition next Saturday (10).

Tergat to be honoured

Guest of honour at FICA this year will be Kenya’s five-time world cross-country champion Paul Tergat, who will be presented with an Honorary Achilles Prize, an award created to honour athletes who have made a unique achievement to the sport

The festival will also feature a tribute on its opening day to Spain’s 1999 world long jump silver medallist and national record-holder Yago Lamela.

The tribute to Lamela, who died in 2014, celebrates the 20th anniversary of his World Championships achievement on home soil in Seville as well as his national record of 8.56m, which has never been bettered, achieved when he earned the silver medal at the World Indoor Championships in 1999 and then equalled outdoors in Turin later that year.

The festival will feature school film sessions on the weekday mornings in which films related to themes and values of athletics will be screened every day, and in which schoolchildren will be able to vote for the one they like best.

The majority of the screenings take place in San Sebastian’s ornate and historic Teatro Principal. Full details of the programme and films are available on the FICA website. 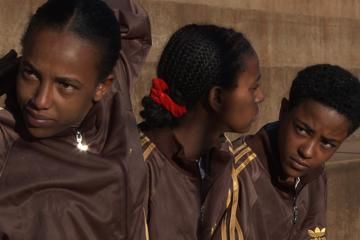 Town of Runners takes the top prize at FICA... 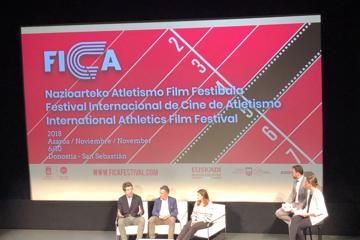