Polish duo Konrad Bukowiecki and Michal Haratyk will meet in the shot put circle. The domestic rivals have competed against one another on almost 80 occasions, with 22 such encounters in 2019. Haratyk had the edge for most of the year, setting and then equalling a Polish record of 22.32m, but Bukowiecki found his best form at the end of the season, extending his best to 22.25m before finishing sixth at the World Championships in Doha.

Bukowiecki won the European indoor title in 2017 before Haratyk took the honours in 2019. In between then, the duo shared a podium at the 2018 European Championships where Haratyk won with Bukowiecki taking silver.

The meeting record currently stands at 22.17, which, if either of these men were to challenge that, would require an improvement on Bukowiecki’s national indoor record of 22.00m.

The women’s triple jump will also feature the European gold and silver medallists as Paraskevi Papachristou of Greece takes on Germany’s Kristin Gierisch.

Papachristou, the 2016 world indoor bronze medallist, has an outdoor best of 14.73m and she recorded an indoor PB of 14.50m when taking silver at last year’s European Indoor Championships. Gierisch, meanwhile, holds the German records indoors and outdoors with her respective marks of 14.61m and 14.59m, both set last year.

Local jumper Jessie Maduka, the 2018 German U23 champion, will also be in the field.

BACK
Pages related to this articleAthletes
Paraskevi PAPACHRISTOU 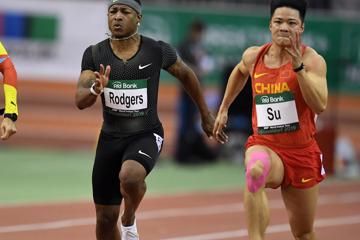 Su and Schippers among the sprint headliners ... 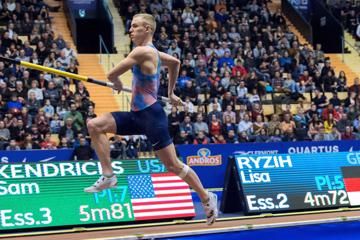 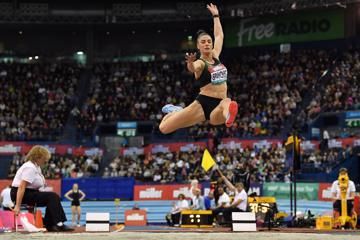