Barshim, Benjamin and Fraser-Pryce talk legacy as they take steps towards Tokyo in Doha

While the Wanda Diamond League meeting in Doha on Friday (28) is an important step for many athletes on the road to the Olympic Games in Tokyo, for Mutaz Barshim it also represents a key milestone in his career.

It is a decade since the Qatari high jump star made his Diamond League debut on home soil, clearing 2.31m as a 19-year-old. Since then he has increased his best to 2.43m, just 2cm off Javier Sotomayor’s world record, and among his many medals are two world outdoor titles, as he returned after injury to claim his second in Doha in 2019.

“In 2011 it was my debut here in Doha – that was my first Diamond League,” explained Barshim at the pre-event press conference.

“I remember when we started, I wasn’t that good in my technical performance. My coach said ‘you have to change that if you want to jump at a high level for 10 years’. In order to perform, you need to put in the work, and if you can’t put in the work, it’s not going to happen. If you have managed to stay healthy, anything is possible.”

Asked whether 2.45m might be possible, he replied: “I think 2.47m is possible, if you manage to stay healthy.

“I want to be remembered,” he added. “I want to make sure that you can never mention high jump without mentioning my name. I want to set an example. I know there are a lot of kids out there who have the same passion and dreams.”

Legacy was a hot topic at the press conference on Thursday, and among the athletes returning to Doha for the first time since the 2019 World Athletics Championships was the USA’s Rai Benjamin, who claimed 400m hurdles silver and 4x400m gold in Qatar’s capital. 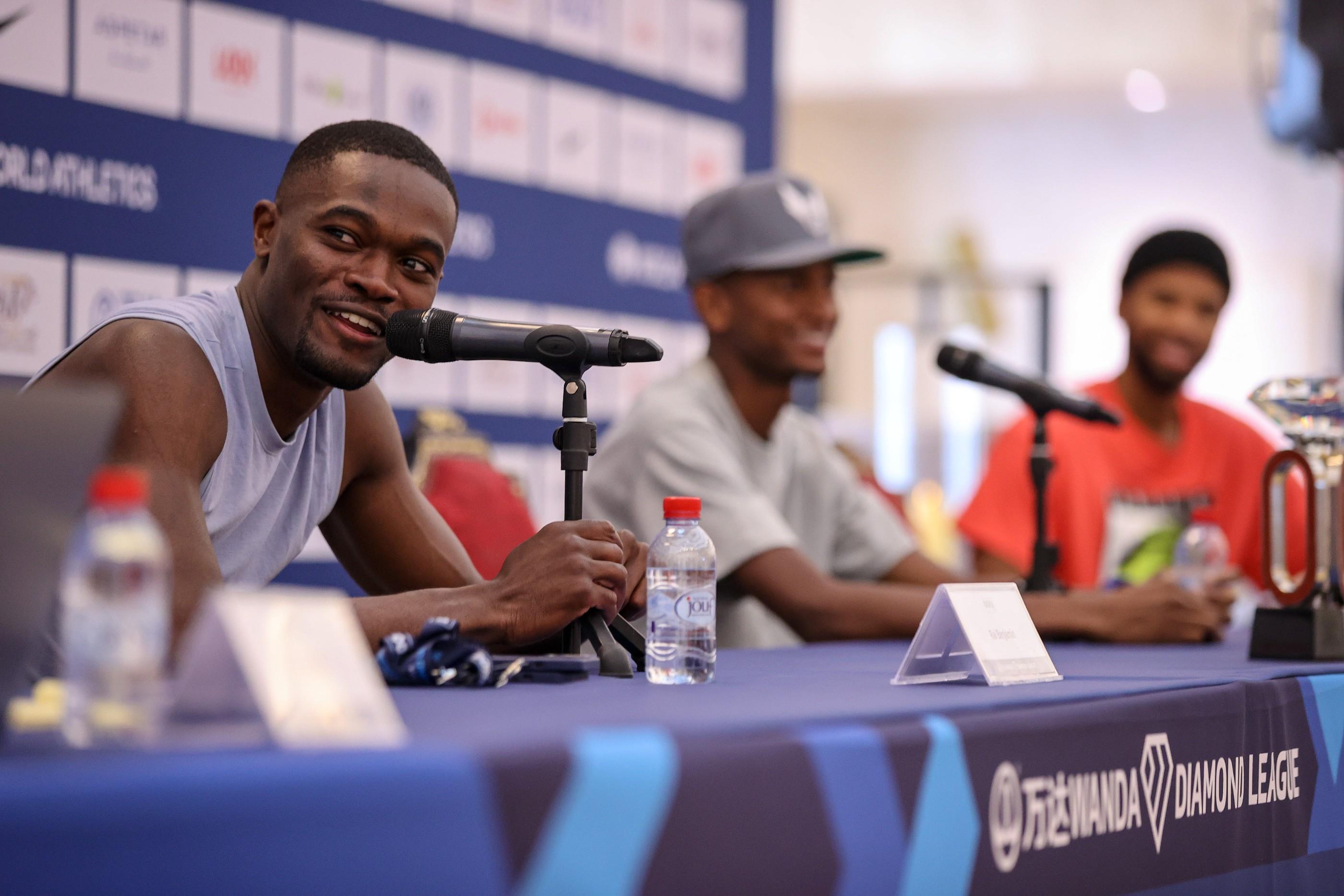 “I would like to be the greatest 400m hurdler ever,” said the 23-year-old, who sits third on the world all-time list with his 46.98 PB. “It’s a big ask and it’s going to take a lot over the next couple of years, but I’m just getting started. I definitely want to be remembered, not just in my event but in other events too. I want to be the most versatile track and field athlete anyone has ever seen.”

When it comes to versatility, Benjamin added that he hopes to double up at the World Athletics Championships Oregon22. “We’ll see what happens and if I decide to run the 200m or the 400m (as well as the 400m hurdles),” he said. “Whatever works best on the schedule, I definitely want to take a shot at it.”

His 2019 silver was claimed ahead of Qatar’s Abderrahman Samba, whose PB also stands at 46.98. The pair will go head-to-head on Friday, and looking ahead to the rematch, Benjamin added: “I know what type of shape I am in and what I’m capable of doing this weekend but in track you have to have a short memory. In 2019 Samba wasn’t healthy, I wasn’t healthy - it was just a matter of getting that confidence and having the support to show up to the final and actually run. We weren’t in the best of shape and every time we have raced each other we have run really well, so we’ll see what happens. I know it’s a big race and everyone is excited but I just pray that we finish healthy, we run fast and set our sights on Tokyo.”

For Samba, who will be contesting the 400m hurdles for the first time since that world final, all eyes are also on the Olympics. “Friday will be a great start for me to push for my ambition in Tokyo,” he said. “I am focused on Tokyo and will keep an eye on the podium.”

Despite everything Shelly-Ann Fraser-Pryce has already achieved, the nine-time world gold medallist remains driven by her hunt for faster times. After battling the wind and rain to finish fourth at the first Diamond League meeting of the season in Gateshead, the Jamaican sprint great will be hoping to make the most of the more favourable Doha conditions to work towards her aim of a sub-10.70 100m and a medal in Tokyo.

“Now being 34, I am intentional about my goals and one of those intentions is definitely to run below 10.70,” she said. “Hopefully I can put some solid races together this season and get that done.

But times and medals are not her only motivation. 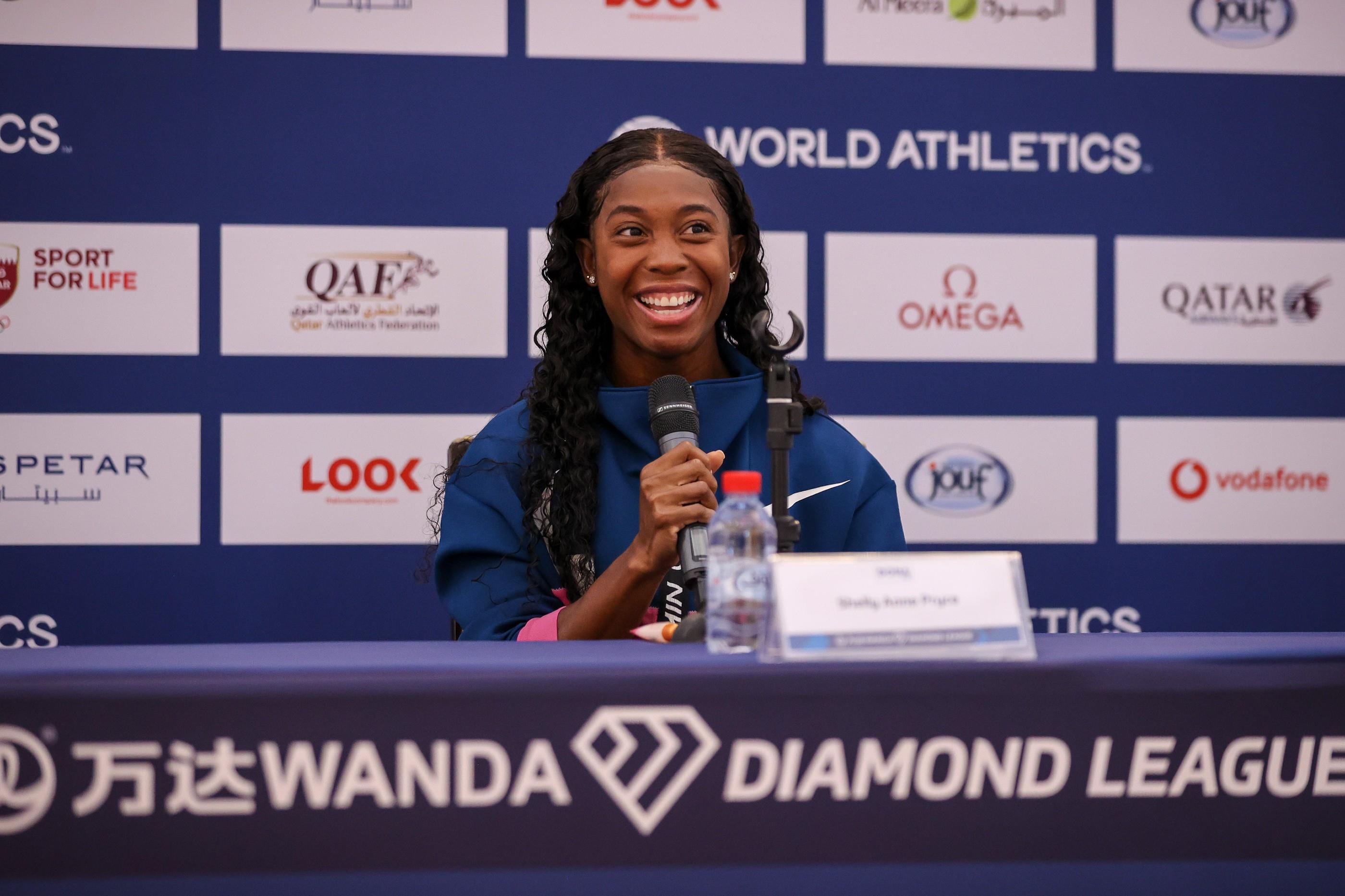 Kenya’s Timothy Cheruiyot expressed a similar wish, as he sat alongside Fraser-Pryce ahead of making his season opener in the 1500m.

“My passion is to nurture young athletes in my community so that people at home can remember me,” he said. “I hope I will open clubs so young athletes can train there.”

“The 1500m is very competitive worldwide. I need to work hard and focus on the Olympics because now I am in good form.”

“I’m excited because this is the first time we are all seeing each other again in person and it just so happens to be back here in Doha where we last met,” said the USA’s world indoor champion Morris. “I have no doubt that we are going to bring out the best in one another.” 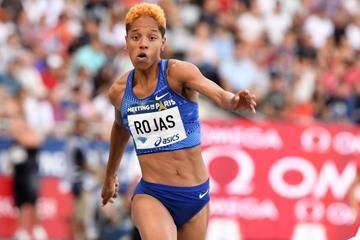