There will be 21 world and Olympic champions at Athletissima on 5 July, but perhaps one of the most intriguing athletes set to compete at the IAAF Diamond League meeting in Lausanne is not part of that group of global medallists.

Michael Norman has been one of the revelations of 2018. The world U20 200m champion broke the world indoor 400m record at the NCAA Indoor Championships earlier this year. His winning streak continued outdoors and earlier this month he clocked a lifetime best of 43.61 to win the NCAA 400m title.

The 20-year-old turned professional just days after his NCAA Championships heroics and he will contest the 200m in Lausanne, where he will face two other rising sprint stars from the USA.

World indoor 60m champion Christian Coleman will step up in distance to the longer sprint, while Noah Lyles will look to maintain his unbeaten record in IAAF Diamond League 200m races.

The men’s 200m is one of many exciting clashes set to take place in Lausanne’s Pontaise Stadium on 5 July.

World and Olympic champion Christian Taylor will be up against arch rival Pablo Pedro Pichardo in the triple jump as they once again aim to surpass 18 metres.

Olympic champion Ryan Crouser and world champion Tom Walsh will fight it out in the shot put. Crouser’s meeting record of 22.39m from 2017 may only last a year.

The women’s 400m hurdles should play out between Olympic champion Dalilah Muhammad, Commonwealth champion Janieve Russell and Shamier Little, all of whom have bettered 54 seconds this season.

Shericka Jackson and Salwa Eid Naser will be the respective favourites in the women’s 200m and 400m. The women’s 800m, meanwhile, is more open but should be between Ajee Wilson, Francine Niyonsaba and Margaret Wambui.

IAAF Athlete of the Year Mutaz Essa Barshim will be aiming to break Bogdan Bondarenko’s stadium record of 2.41m in the high jump.

The men’s pole vault will be held at the Place de la Navigation in Ouchy on the eve of the main event. This spectacular lakeside competition will reunite the best of the best in the discipline, including world record-holder Renaud Lavillenie, world champion Sam Kendricks, Olympic champion Thiago Braz and world U20 record-holder Armand Duplantis. 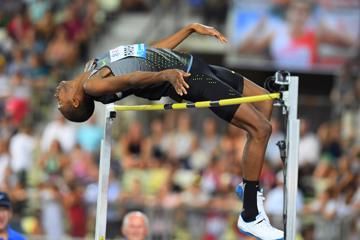 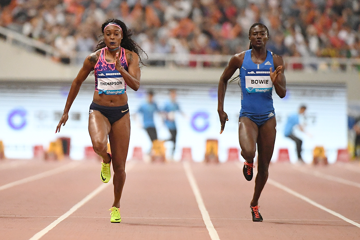 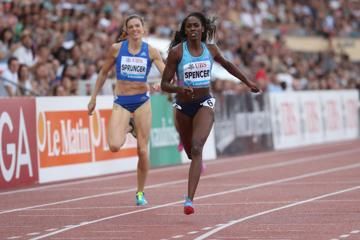 The next normal: re-imagining running and running events