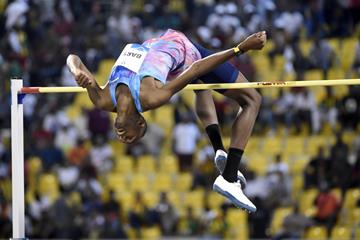 World high jump champion Mutaz Barshim will open his season on home soil at the Doha Diamond League on 16-17 April, the first meeting of the 2020 Wanda Diamond League.

For the first time in its 22-year history, the Doha Diamond League meeting will be held over two days across two different venues. The Qatar Sports Club will host the main programme, but the men’s high jump – featuring Barshim – will take place at the Amphitheatre of the Katara Cultural Village on the evening of 16 April.

“After such an amazing experience winning gold at the World Championships in Doha, I’m excited that my first competition of the 2020 season will also be in Doha – especially in the Amphitheatre which will provide a spectacular venue for the high jump competition,” said Barshim, who has a best of 2.43m, the second highest jump of all time.

“We provided a fantastic show during the World Championships and I want to encourage those supporters to come back out on April 16 and 17 so they can once again witness world-class athletics in this city.”

The 28-year-old, who won the world title in front of a home crowd at the Khalifa International Stadium last October, is joined on an impressive start list by fellow world champions Hellen Obiri, Anderson Peters and Beatrice Chepkoech.

Obiri, the world cross-country and 5000m champion, is an experienced Diamond League competitor who ran 8:25.60 to win the 3000m at last year’s Doha Diamond League, while Peters – who won javelin gold at the 2019 World Athletics Championships – will make his Diamond League debut.

Chepkoech, the world 3000m steeplechase champion, is the current world record-holder with a best of 8:44.32.

“We are excited with the line-up of stars for the 22nd edition of the Doha Diamond League,” said Qatar Athletics Federation president Thani Alkuwari. “The large number of world and Olympic medallists confirmed for the event is an indication of the importance of the Doha meet and we look forward to a highly successful competition.”

The 2020 Wanda Diamond League comprises 14 meetings – commencing with Doha – leading to a single final at the end of the season. Each meeting will be broadcast globally in a fast-paced 90-minute programme.