World record holders Brigid Kosgei and Ababel Yeshaneh have been added to the Airtel Delhi Half Marathon women's ﬁeld, making the 16th edition of this World Athletics Gold Label race on 29 November the strongest in the history of event - and one of the strongest half marathon contests in the world in 2020.

At the Chicago Marathon in October 2019, Kenya’s Kosgei stunned the world when she broke the long-standing women’s world marathon record by more than a minute, clocking 2:14:04. Yeshaneh was a distant second on that occasion but nevertheless still ran a superb personal best of 2:20:51.

However, the tables were turned at the Ras Al Khaimah Half Marathon in February this year when a head-to-head contest in the final stages of the race saw Ethiopia’s Yeshaneh prevail in a world record 1:04:31 with Kosgei second in 1:04:49. 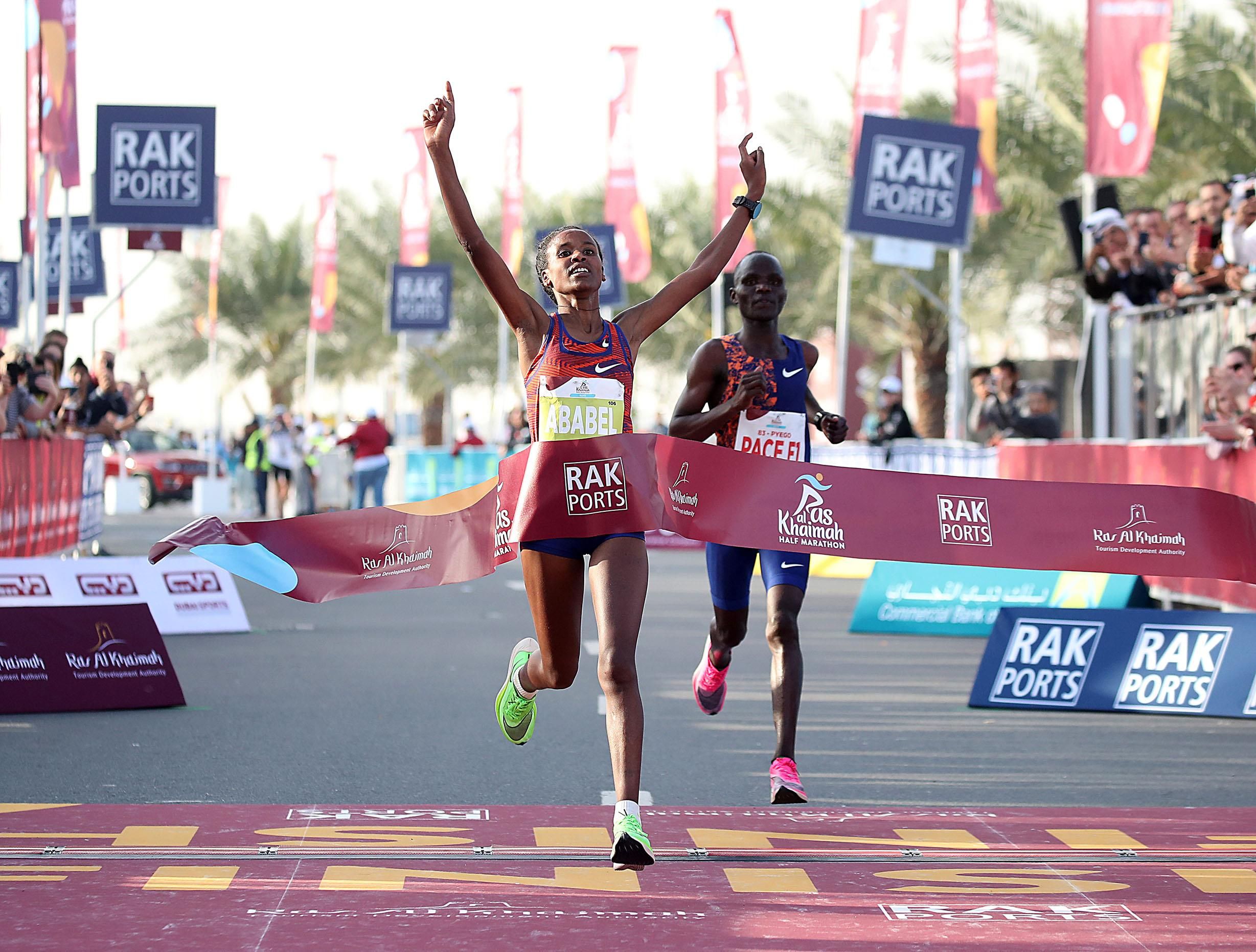 In their most recent outings last month, the 26-year-old Kosgei won the rescheduled London Marathon in 2:18:58 while the 29-year-old Yeshaneh had to contend with misfortune and fell at the World Athletics Half Marathon Championships in Gdynia, Poland, with just over three kilometres remaining, which took her out of medal contention although she recovered quickly to finish fifth.

A trio of Ethiopian runners have already been announced that will provide stiff competition for Kosgei and Yeshaneh as well as a host of other world class athletes.

Women's course record holder Tsehay Gemechu is seeking an unprecedented third successive victory. In 2019, Gemechu improved her own course record from 12 months earlier by no less than 50 seconds when she stopped the clocking 1:06:00.

Yeshaneh and Gemechu's compatriots on the start line in in the Jawaharlal Nehru Stadium include Yalemzerf Yehualaw and Netsanet Gudeta.

Yehualaw ﬁnished second in the ADHM 2019, just one second behind Gemechu, and third at the 2020 World Championships last month in a personal best of 1:05:19 while Gudeta finished eighth in Poland but was the 2018 world half marathon champion.

This year's race will be unlike any previous edition with only an estimated 60 elite international and Indian runners in action on the Delhi roads, with the traditional start and finish still in the Jawaharlal Nehru Stadium. The event will follow the highest level of safety standards, with bio-secure zones to ensure a COVID-free race for the runners. All mandatory protocols in line with the advisories issued by the Government of India have been established for the event crew, vendors and suppliers, elite athletes, media and all guests.

"Sport has always been a symbol of optimism, and we look forward to the Airtel Delhi Half Marathon," said Minister Youth Affairs and Sports Kiren Rijiju. "We extend our full support to this event that is India's pride and welcome the world's best athletes to our capital city."

Non-elite runners will have the chance to participate virtually with an ADHM 2020 App from any location, running at any time between 25-29 November 2020. 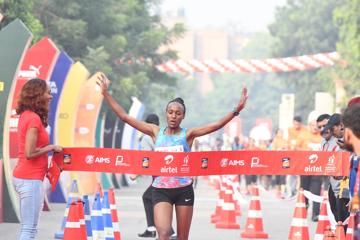 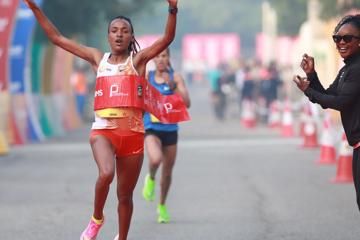