Organisers of the TCS Amsterdam Marathon believe the course record could fall at the IAAF Gold Label road race on 15 October.

Tesfaye Abera, Amos Kipruto, Edwin Kiptoo and Zane Robertson have all signed up for the race in the Dutch capital and will have one eye on the course record of 2:05:21.

With a personal best of 2:04:24 set when winning last year’s Dubai Marathon, Abera is the fastest of the four. The 25-year-old Ethiopian sits at 13th on the world all-time list and, having also won the Hamburg Marathon last year, he is keen to add the TCS Amsterdam Marathon to his string of victories.

Abera will take on an elite field that includes two fleet-footed Kenyans. After getting a feel for the TCS Amsterdam Marathon last year, Amos Kipruto’s marathon career is taking off and this year he is competing for a place on the podium. He won this year’s Seoul Marathon in 2:05:54, improving his personal best by more than two minutes.

Edwin Kiptoo played an important role in setting the pace in Amsterdam last year, so is familiar with the course. With a half-marathon PB of 59:26 and having finished fourth at the recent Dam tot Damloop, Kiptoo has reason to feel optimistic ahead of his marathon debut.

Dutch Olympian Abdi Nageeye will also be taking part. Besides seeking to improve his personal best of 2:09:34, he will also be looking to beat Kamiel Maase’s national record of 2:08:21.

BACK
Pages related to this articleAthletes
Tesfaye Abera 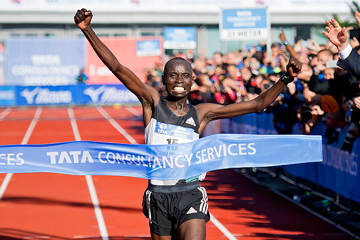 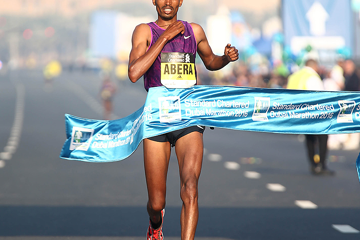