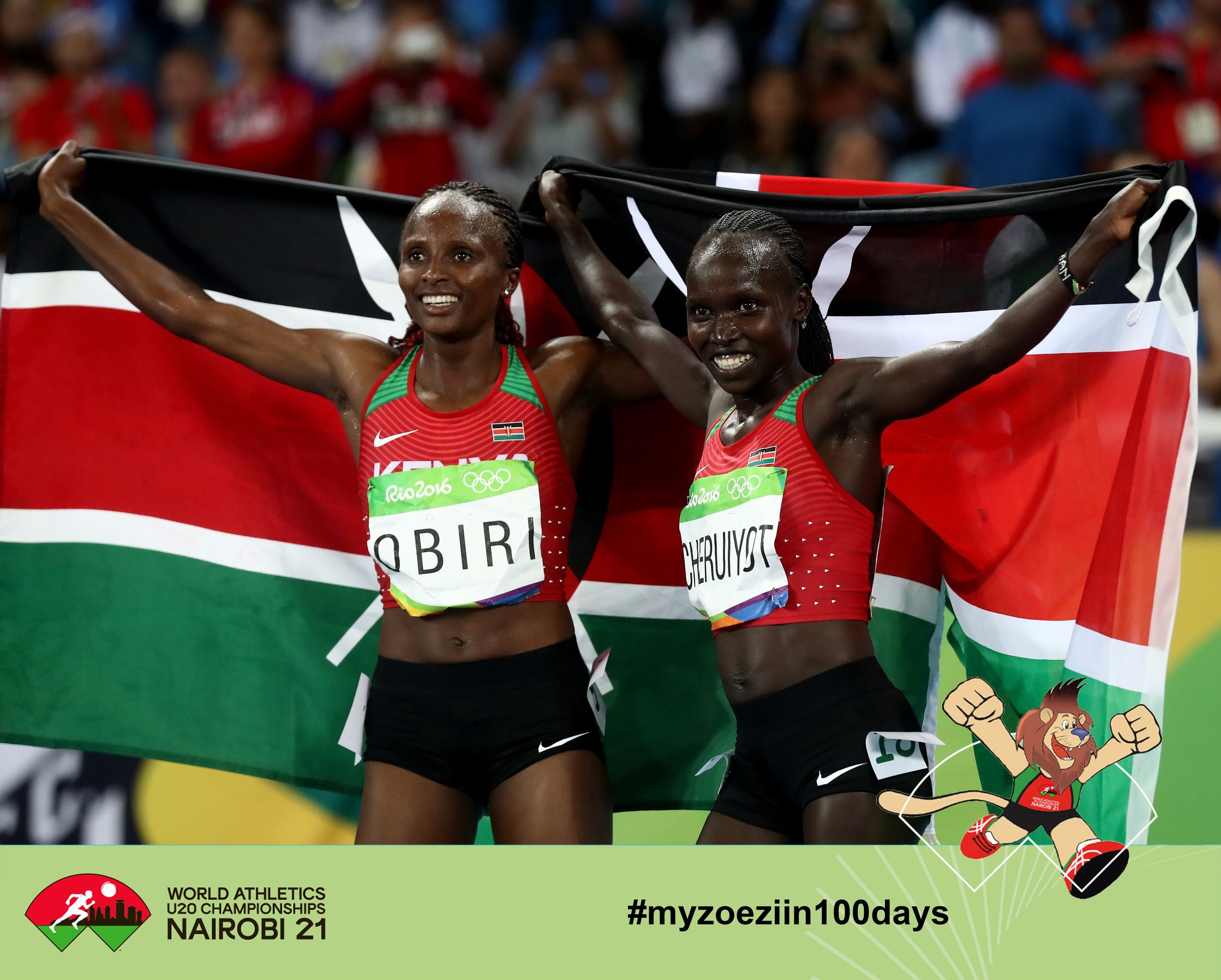 Hellen Onsando Obiri (born December 13, 1989) is a Kenyan middle-distance runner who won gold at the 2017 World Championships in London in the 5000m. At the 2019 World Championships in Doha, she successfully defended her title and set a new championship record. Over the same distance, Obiri has also won silver medals in the 2016 and 2020 Summer Olympics (5000 metres). At the 2012 IAAF World Indoor Championships in Istanbul, Turkey, she won the 3000 meter race. For the mile, 3000 meters, and 5000 meters, she owns the Kenyan National Record. She won the women's senior race at the IAAF World Cross Country Championships on March 30, 2019. The event took place in the Danish city of Aarhus. In a timing of 36:14, she won the 10.2 km race. In 2017, New African magazine named Obiri one of the Top 100 most influential Africans. She qualified to compete for Kenya in the 2020 Summer Olympics after coming second behind Sifan Hassan in the 5000 meters event. Hellen Obiri, the world champion in the women's 5000m, had to settle for silver for the second time at the Olympics, clocking 14:38.36 to finish second to Sifan Hassan of the Netherlands, who won gold in 14:36.79.

Vivian Jepkemoi Cheruiyot (born September 11, 1983) is a Kenyan long-distance runner who specializes in cross-country and track. She competed in the Summer Olympics for Kenya in 2000, 2008, 2012, and 2016, gaining silver in the 5000 m and bronze in the 10000 m at the 2012 Olympics, and silver in the 10000 m and gold in the 5000 m at the 2016 Olympics, setting a new Olympic record in the 500m event. Cheruiyot won a silver medal in the 5000 meters at the 2007 World Championships in Athletics, then went on to win the event in the 2009 World Championships. She repeated the feat at the 2011 World Championships, when she also won the 10000 meters. She won a series of outdoor medals in 2010 after taking silver at the 2010 IAAF World Indoor Championships, including champion, Commonwealth Games champion, and IAAF Continental Cup champion, as well as the 2010 IAAF Diamond League title. With a best time of 29:32.53 made at the 2016 Rio Olympics, she holds the Kenyan and Commonwealth records for the 10,000 meters. 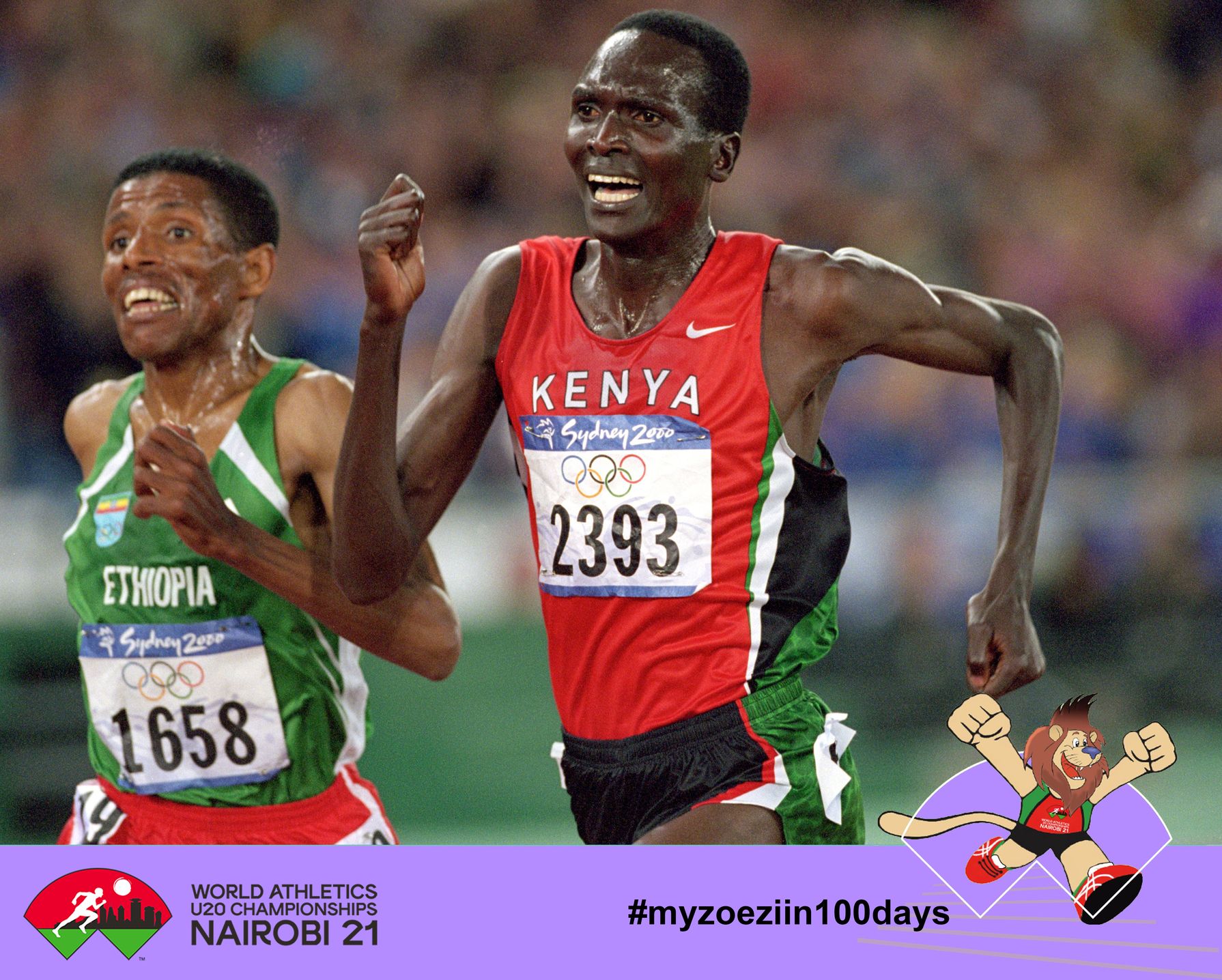 Paul Tergat was born in Riwo, Baringo District, Kenya's Rift Valley Province, on June 17, 1969. He began his education at Riwo Primary School and afterwards transferred to Kapkawa Boys High School. Tergat, unlike many other athletes, discovered his skill after graduating from high school. Paul Kibii Tergat is a retired Kenyan long-distance runner. With a timing of 2:04:55 in the marathon, he became the first Kenyan man to break the world record, and is considered as one of the most outstanding long-distance runners of all time. He was dubbed the "most comprehensive runner of all time" by Runnerworld.  He concentrated solely on the marathon toward the conclusion of his career. Tergat won numerous titles on the track, in cross country, and on the road, and established several world records. Eldoret is where he lives and trains. Tergat set a record by winning five consecutive IAAF World Cross Country Championships from 1995 to 1999. Tergat says, "Cross country has always been my favorite sport. It was my universe, my obsession. Before the IAAF created the short course in 1998, all world-class competitors competed in the same race, from 1500 meters to the marathon." He has a bitter rivalry with his Ethiopian pal Haile Gebrselassie. He was narrowly defeated by Gebrselassie in the Olympic Games 10,000m finals in both the 1996 Atlanta Olympics and the 2000 Sydney Olympics. The victory margin in 2000 was only nine hundredths of a second. Tergat finished second to Gebrselassie in the 1997 and 1999 World Championships in Athletics at 10,000 meters, and third behind Gebrselassie and Moroccan Khalid Skah at the 1995 edition. Tergat beat Gebrselassie's 10,000-meter world record with a timing of 26:27.85 minutes in Brussels on August 22, 1997. Gebrselassie beat the record again in 1998 (time 26:22:75), although Tergat's time remains the Kenyan record (as of 2014). Tergat ran the half marathon world record in 59:17 minutes on the road on April 4, 1998 in Milan. (Tergat had run 58:51 minutes at the Stramilano half marathon in 1996, but the course was slightly too short due to a misplaced cone, and no record was allowed.) Tergat beat Gebrselassie in the London Marathon in 2002, finishing second behind then-world record holder Khalid Khannouchi. In the 2007 edition, the three runners competed again, but Tergat was the only one to finish. In September 2013, he became an IOC member at the 125th IOC Session in Buenos Aires.