Pole vault legend Sergey Bubka was the first to achieve the feat, topping 6.00m exactly on 13 July 1985. Then on 22 January 1989 – 32 years ago today – an unofficial ‘club’ of six-metre vaulters was formed when Rodion Gataullin became the second person to scale the height. 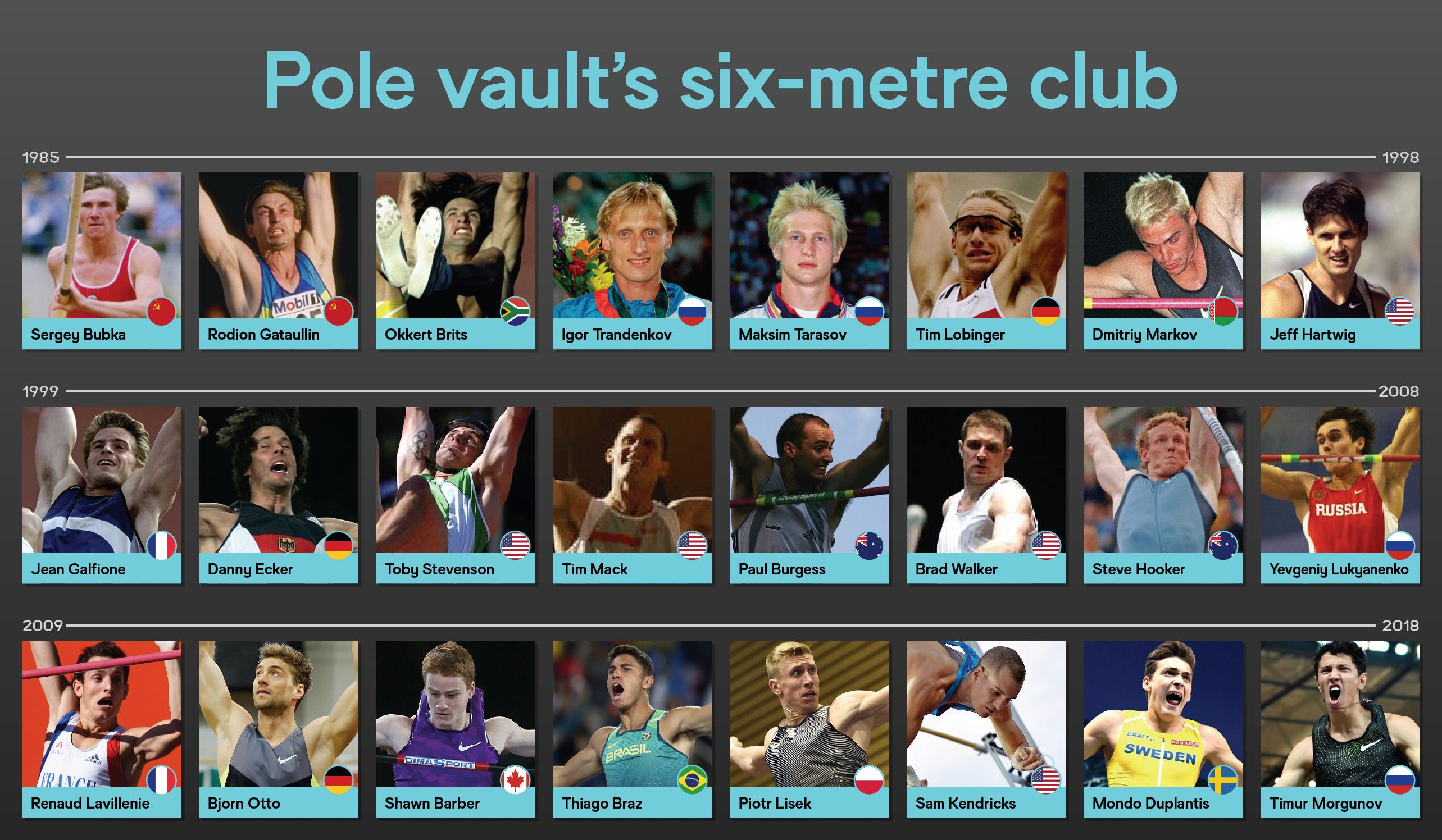 And while certain nations feature prominently on the world all-time list, the global nature of the pole vault is highlighted by the fact there are 11 different nationalities in the group, spanning five of the six continental areas of the sport.

Berlin, with its tally of eight, has played host to more six-metre vaults than any other venue in the world. It is closely followed by the Ukrainian city of Donetsk, one of Bubka’s favourite venues which has hosted four world indoor records.

“I was certainly proud and happy to be the first to clear the magic height of six metres,” Bubka said a few years ago. “At the time, journalists compared me with Yuri Gagarin, the first human to journey into open space.”

Mondo Duplantis, who last year broke the world record for the event, is one of the newest members of the club. And while six-metre vaults have now become commonplace for the young Swede, he will never forget his first 6.00m jump.

“It was one of the most special moments of my life,” he said of the 2018 European Championships final in Berlin, where he ended up clearing a world U20 record of 6.05m to take gold. “I’ll never forget it.”