Family and opportunity inspires Lohalith ahead of second Olympic appearance

In the lead-up to World Refugee Day on 20 June, members of the Refugee Olympic Team will be sharing their stories in a series of features as they prepare for the Games in Tokyo. The series begins with 1500m runner Anjelina Nadai Lohalith.

Last Tuesday’s confirmation that Anjelina Nadai Lohalith had been picked for the Refugee Olympic Team for a second successive Games was cause for celebration – and the 28-year-old 1500m runner duly marked the occasion at her Ngong training camp in Kenya, with much “music and dancing”.

But any day now an even more significant moment awaits as she prepares to reunite with the family she left behind when, aged nine, she escaped from her war-ravaged village in South Sudan and made her way to the vast Kakuma Refugee Camp in northern Kenya – where her father and mother have recently arrived themselves.

It will be the first time she has seen her parents since the day she and her aunt boarded a United Nations truck that had been bringing food into an area traumatically affected by a civil war that eventually ended in 2005, three years after she had reached her new home.

Recalling in a Zoom call from her training centre how the war had come to her village, Lohalith said: “Soldiers came in the night. I didn’t understand what was happening, I just heard the shooting.

“We ran to the next village and we slept in the bush at nights. We wanted to go back to our village to get food and all the things we had left behind. It was really an emergency, and we had almost nothing with us.

“But we were told we could not go back because the soldiers were occupying our village and around the village there were what they called ‘weapons underground’, which were landmines. It was not safe.

“The UN bus came with food, and that was how I was able to get out with my aunt. I thought my family would be coming after me. But they didn’t come.”

Lohalith has maintained since making the Refugee Olympic Team for the Rio 2016 Games as one of five track athletes that her “dream” was to one day help her parents.

Asked how she felt about the prospect of meeting them after so long, she paused for a few moments before saying: “It is my dearest wish.”

She added: “It makes me so happy that my parents are now in the camp. Soon we will have a welcome party!”

Already, however, her mother and father have met their grandson for the first time – Lohalith’s four-year-old son Jayden Luis Monutore.

Her parents were preceded to Kakuma by other relatives, including another of her aunts and a cousin, and they have helped to look after Jayden – already a natural runner according to his proud mum – while she has been training to make the Rio 2016 team. 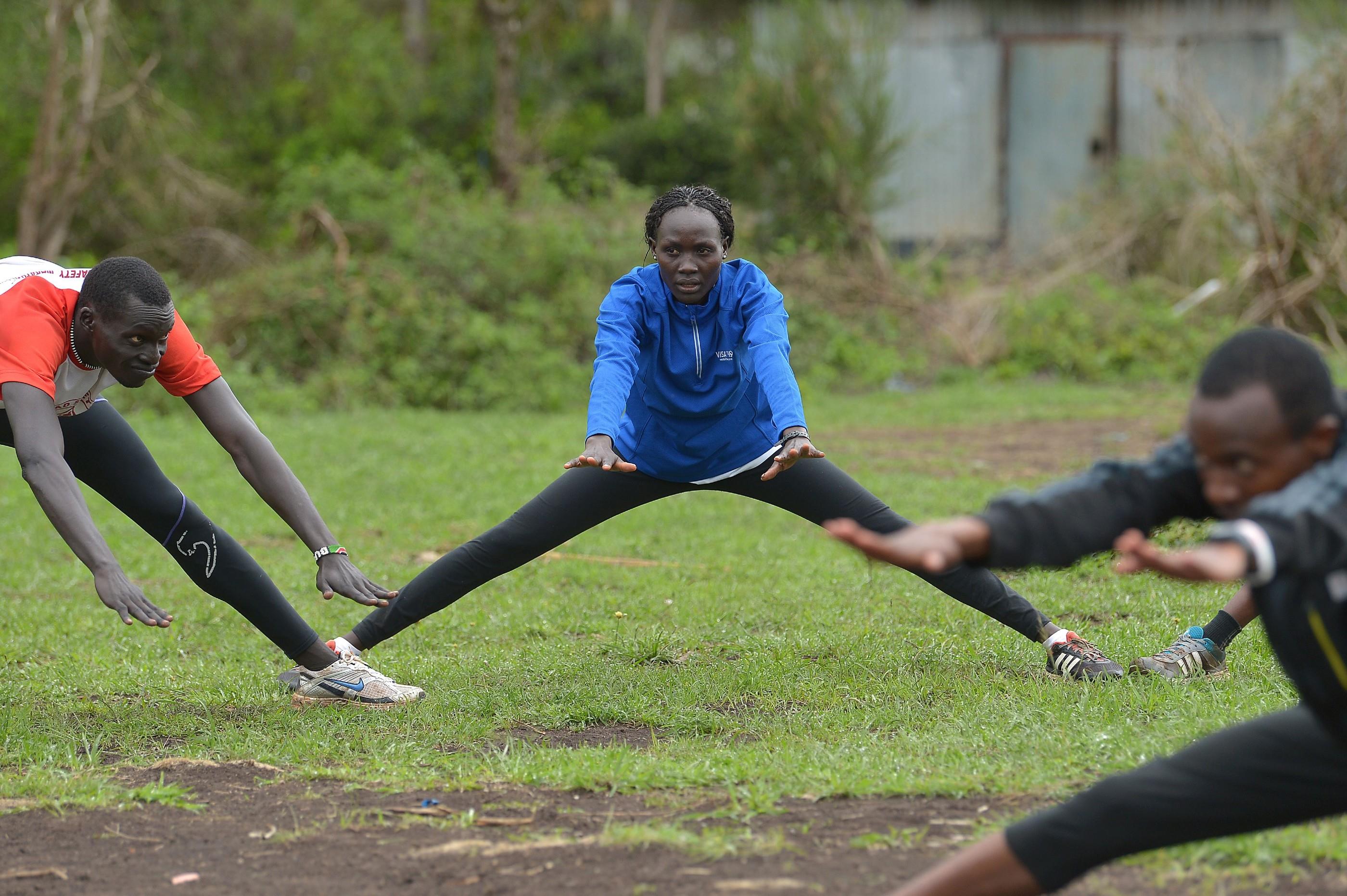 Lohalith has spoken in the past of how Tegla Loroupe, Kenya’s former world marathon record-holder and three-time world half marathon winner, came to the Kakuma Camp as part of the work of her Peace Foundation and organised trial races in 2015 to identify those who might be able to run at the Olympics.

At that time Lohalith knew nothing of international athletics but she had been, like her son, a natural runner for as long as she could remember.

“Wherever I went I would run,” she recalled. “When I went to fetch something for my mother I always ran, because I didn’t want to be beaten by her!

“I just loved running for no reason, but I did not know anything about racing until Tegla came to the camp. I didn’t know who she was – I only found out about her medals and her world record later.”

She wanted to continue her international career by appearing at the Doha 2019 World Championships. “I wanted to go to Doha but it was soon after maternity leave and I just didn’t make it,” she said. “It was not my time to go. But now I AM going back to the Olympics!

“I was not sure I would be in the team. I was nervous. I am so happy to be going to Tokyo.”

Part of the reason for her uncertainty was the difficulties the pandemic had thrown up to her training regime, which faltered as the Olympics were postponed by a year.

“We were training very hard for the Olympics. In 2020 we were in very good shape, very confident. I felt I was in shape to reach the semifinals,” she said.

“Then it was very difficult, we had to go back to the camp and try to train there, but you could not train in big groups. And it was very hot – we used to train at five in the morning, but we missed the facilities of the training camp.

“Tegla was very encouraging, she gave us schedules while we were back in the camp. She said: ‘It will be difficult, but you have to try and stay with it. It will be hard, but you can do it.’”

“I can say I feels so great,” the soon-to-be double Olympian said. “I am really honoured but it was not something I ever expected. I feel so happy to be given another chance, and I just want to improve on my best time.

“People all over the world wish to get this chance, but that is something that not all of us can do. It’s very hard. That is why they were using some kind of criteria to select athletes.

“Before Rio in the camp we were told that maybe one person can be lucky to go. But from my team all six of us were lucky to be selected. Now the number is halved. There is a higher competition now and that is why they did so many trials.” 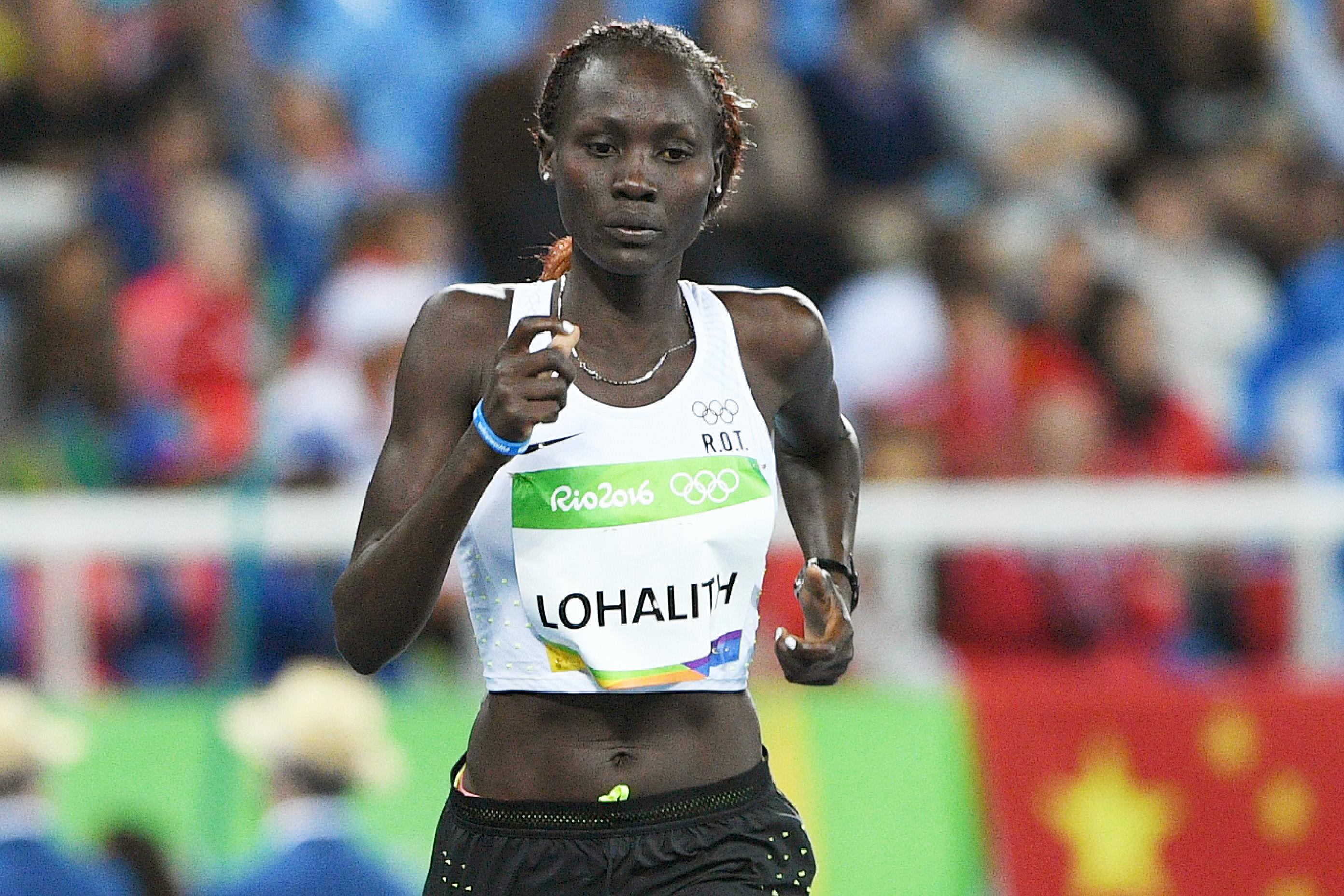 Since arriving in Kenya, Lohalith has learned fluent English. Asked how she had managed to attain this language, she responded: “I just read. I like reading novels – love novels, inspiring books. One of my favourite authors is Nelson Mandela.”

Speaking recently, Rwanda’s International Olympic Committee member Felicite Rwemarika described how she had been forced to flee her home when members of the Tutsi tribe were being massacred in 1959, and added that, during her subsequent travel in Uganda and Burundi, her family had been treated with suspicion and denied access to vital services, having to change their name at one point.

How had Lohalith’s experience of being a refugee in a foreign land compared?

“I have not been through that kind of an issue,” she said. “Not that much. We are in camp most of the time. We and Kenyans, most of the time we are the same with our facial appearance.

“It only happens sometimes if you meet with some few people, but only with a few.

“You cannot expect them to be 100 per cent about refugees in another country. Not everybody can see what you are going through. They can’t understand it. Some will be negative. When you introduce yourself as a refugee, they get a look on their face. We just have to understand, we don’t have any choice.

"We hope others see we are just normal people like them."

The power of sport

As well as visiting Rio and London to compete, Lohalith has also been to Uganda and to Canada, where she attended the One Young World Summit in Ottawa, a global forum for youth leaders to discuss global issues.

“I enjoy travelling a lot,” she said. “It is part of my passion – travelling to see the world. When I was young, I always told myself that one day you will be travelling the world in an airplane. But I never had an idea on what I was going to do or how it could happen.

“But now my dream has happened. It is sport that has helped me to travel.

“Through running I was able to know more people, people who have been able to compete in international races. I feel so great when I make so many friends from other countries.

“When I compete, I can meet people and make friends and we stay in contact. I am always happy and honoured for it, to be building that kind of a relationship with people.

“People do not just go to compete, they make friends in different countries. It is something very great for me. That is a big reason why sport is so important – it can also bring people together.”

For now, however, Lohalith is turning her eyes once more to the Olympic arena.

Asked when she would leave for Japan, she laughed suddenly and exclaimed: “I don’t care when I go! I am going!”

BACK
Pages related to this articleAthletes
Anjelina Nadai LOHALITH 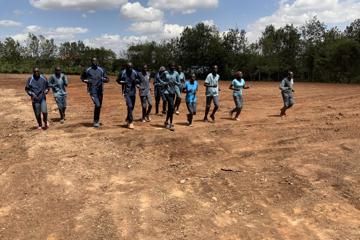 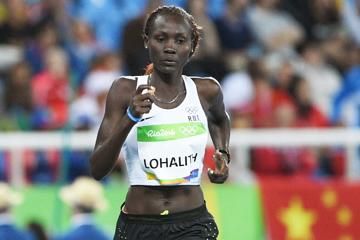