The Australian track icon who ignited the 2000 Olympic Games on home turf in Sydney with her captivating gold medal-winning display amid a blizzard of camera flashes will always remain a most treasured athletics memories for many.

However, a new Australian one-lap star with her own successful Olympic 400m story to share could just prove the long-awaited successor to the lionised Freeman.

Jessica Thornton, who was still in nappies at the time of Freeman's gold medal performance some 14 years ago, produced a breakout performance at the recent Youth Olympic Games in Nanjing to strike gold in the girls’ 400m.

She came into the Games as the sixth ranked athlete on time but majestically rose to the occasion in a way Freeman would have been proud of, slicing 1.40 from her lifetime best during the competition and recording 52.50 to strike gold in the final.

Predictably elated with her success, Thornton found the time to praise the key role her coach Michael Dooley, her family and training partners played in her gold medal success.

Yet she also acknowledged the small sprinkling of inspiration Freeman provided too.

“Her (Freeman’s) success means a lot,” admits Thornton, who has watched replays of Freeman's Olympic gold medal winning run countless times. “She kept pushing and pushing to win that gold. I have also got that knowledge in my mind of never giving up. Cathy Freeman – I love her.”

Sydney-based Thornton, the youngest of three siblings, knew she was fast for as long as she can remember. She recalls beating her older cousins in street races from the age of four. Just two years later she started competing in Little Athletics – the popular youth athletics programme which has proved the breeding ground for so many top athletes in Australia.

She excelled at a range of events from the 100m up to the 800m as well as the long jump and triple jump. But Thornton, in more recent times, has discovered her qualities were best suited to the unique demands of the 400m.

She enjoyed success at national age group level at 100m, 200m and 400m, but credits the specific one-lap work she has put in with Dooley, her coach for a little over a year, as being instrumental in her startling progression.

“It was leading up to nationals (all-schools) in Townsville last December when I really started to get serious and Michael got me to real start focusing on the 400m,” he said. “He has helped a lot with my hip stability, getting my knees up and my posture. My stride is also longer and that has allowed me to run quicker times.”

Thornton also believes training in an organised training group has had a positive impact.

Prior to linking up with Dooley, she principally trained on her own, but undergoing regular sessions with quality athletes – including her good friend and Youth Olympic girls' 100m bronze medallist Sam Geddes – has helped accelerate her progression.

“Training in a group has made it easier,” says Thornton, whose father is a police officer and whose mother is a personal fitness trainer “I get to race people in a competitive environment and this has allowed the times to drop.”

Thornton quietly hinted at her potential by recording a personal best of 53.90 at the All-Schools in Townsville last December aged just 15.

A hamstring issue took the edge off her unveiling her absolute best form in the heart of the Australian summer season, but after enjoying a solid and uninterrupted period of training, she arrived in Nanjing primed and ready for action.

Inside the stunning Nanjing Olympic Sports Centre Stadium, the teenager slashed more than a second from her best to lead the qualifiers for the girls' 400m A final with 52.78 in her heat. In the final, the Aussie ran quicker again, executing a smart tactical race to time her run for the line to perfection and defeat Salwa Naser of Bahrain by 0.24, the second-fastest 400m time by a female youth this year.

“I trained my hardest preparing for these Games and all the hard work in has paid off,” she added in the immediate wake of her success. “I just tried to stay relaxed and tried not to over-think it. I've gained a lot of confidence from this win.”

As a postscript to her triumph in China, the Youth Olympic Games will not represent the full stop to her season.

She has earned a mouth-watering invite to feature in the 4x400m squad for the Asia-Pacific team at the IAAF Continental Cup in Marrakesh next month – an opportunity she admitted acted as a boost ahead of her Nanjing quest.

“The day after I arrived (in Nanjing) I found out I was on the team (for Marrakesh). It made me want to run event faster here.”

As an athlete born in 1998, Thornton will also be eligible for the IAAF World Youth Championships in Cali, Colombia, next July where she hopes to adopt the same attitude which has held in good stead this year.

“The aim is to set a PB and if that allows me to reach the final or to win a medal or to win the gold than that's fine. I just want to try my best.”

It is an attitude her great Australian countrywoman Cathy Freeman would truly appreciate.

BACK
Pages related to this articleAthletes
Jessica Thornton 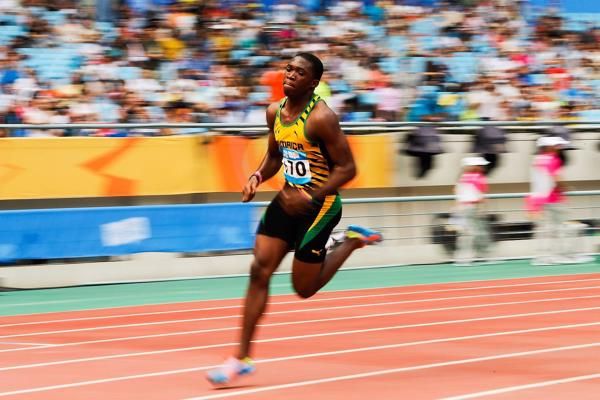 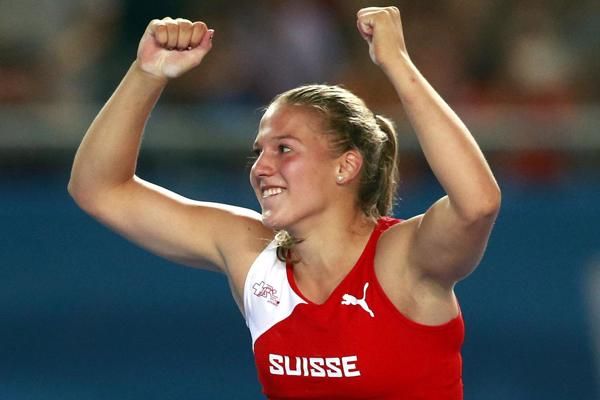 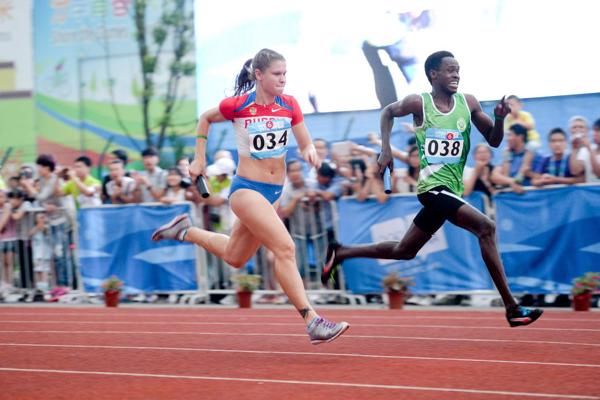 The curtain come down on the athletics programme at the second Youth Olympic Games in Nanjing with the thrilling and innovative mixed 8x100m relay providing a rousing finale to seven days of high quality competition.