The only problem with that: it’s usually a remorseful lament, an unrealistic yearning for something that simply doesn’t occur in the world of sport, which necessitates a separation of the species, a winner and loser, the victor and the vanquished.

But at the IAAF World U20 Championships Tampere 2018, that sentiment came true.

In the men’s high jump final on Saturday morning (14), both Antonios Merlos of Greece and Roberto Vilches of Mexico cleared 2.23m at their first attempt, setting up a decisive battle at 2.25m for gold alongside South Africa’s Breyton Poole and JuVaughn Blake of USA, who both cleared 2.23m on their second attempt.

But after all four failed three times at 2.25m, officials glanced up at the scoreboard and realised the power to direct the competition was resting with the athletes.

Both Poole and Blake were tied for bronze, while in the gold medal battle Merlos and Vilches could also not be separated on countback. In that situation, it’s up to the athletes themselves to decide between a joint-medal and a jump-off.

“They came to us, told us we’re tied and asked: ‘do you want to continue?’” recalls Merlos. “We both agreed on what to do.”

Instead of risking demotion to second place by jumping on, they embraced with an elated hug, agreeing a kind of trans-continental truce, sharing the title and allowing each to go home with gold.

“We’re still world champions,” says Vilches, “but this way there are two of us.”

Before last week, Merlos and Vilches had never met, but to sit them both down and trace their trajectories is to spot a surprising streak of similarities.

Born just one month apart, they both took up athletics five years ago, and both had previously been football players with coaches who observed their vertical leap on the playing pitch and identified a potential the youngsters hadn’t seen in themselves.

“I was playing in defence and jumping for headers and the track and field coach saw me and said, ‘damn, you have to jump’,” says Vilches, who lives in Mexico City. “He said, ‘you were not born for soccer’.”

Vilches’ parents were both volleyball players (who undoubtedly helped bestow him with the gifts of height and vertical leap) and while there was little sporting background in Merlos’s family, his uncle had been a decent decathlete in Greece.

They both made their international debut in 2015 – Merlos at the European Youth Olympic Festival in Tbilisi (where he was third with 2.06m) and Vilches at the IAAF World Youth Championships in Cali (where he was 19th with 2.04m).

Last year Merlos improved his best to 2.20m to win the Greek U20 title and the following month he set off for the United States, enrolling at the University of Georgia on a four-year scholarship, where he is coached by Cypriot Petros Kyprianou.

Vilches, meanwhile, will join him in the NCAA system next year having accepted a scholarship at the University of Missouri, 700 miles northwest of Merlos. “It’s an area that has a lot of jumpers, two or three who have jumped 2.30m so I can compete with them and get better,” says Vilches.

Last season he soared over a Mexican U20 record of 2.25m and went on to win gold at the Pan American U20 Championships in Peru, the perfect preparation for this year’s tilt at gold in Tampere.

Heading to Finland, Vilches had his eyes trained only on victory, coming in with the world U20 lead of 2.26m, which he sailed over on home soil in Queretaro back in April.

Merlos, however, had much more modest expectations, coming in with a season’s best of 2.18m which he jumped to finish fifth at the NCAA Championships in June. But in qualifying the Greek could only scrape through to the final with a second-time clearance of 2.12m.

“I felt really bad in qualification, I was almost out,” he says. “My first goal was to qualify then after that it was to be sixth or higher in the final. I never expected to be world champion.”

Vilches, unlike Merlos, kept one eye on the standings throughout the competition even after all competitors had failed at 2.25m.

“At 2.25m we’d missed everything and were watching the screen to see who was ahead,” says Vilches.

“You were watching the screen,” says Merlos with a laugh. “I had no idea. Luca, the German guy, told me to look at the screen and I was like, ‘what?’

When officials approached them, neither hesitated before agreeing to share the gold, and both left the track in delightful disbelief about their shared achievement.

“Please someone wake me up!” said Merlos. “I cannot believe it.”

After Tampere, next up for Vilches is the Central American and Caribbean Games in Barranquilla, Colombia, while Merlos is getting ready for the Greek U23 Championships, his last competition of the summer.

Looking further ahead, both men have the same goal in mind when it comes to their ultimate ambition, and when asked to state it they barely hesitate before answering, in unison, “Tokyo 2020.”

BACK
Pages related to this articleAthletes
Roberto Vilches 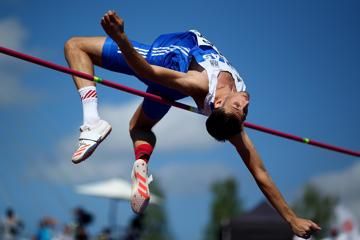 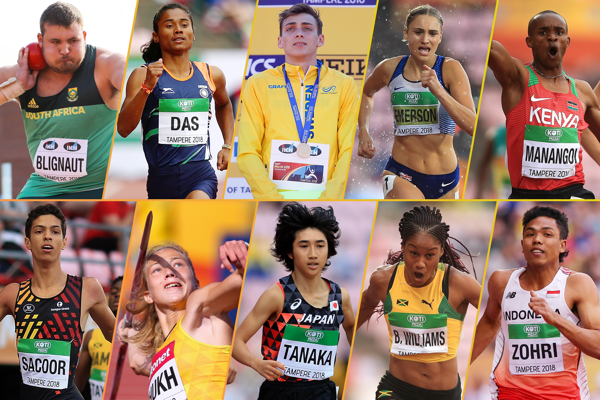 The IAAF World U20 Championships Tampere 2018 drew to a close little more than 24 hours ago, but memories of the event will linger for many years to come.