Diallo, who led the qualification with a personal best of 13.77m, showed her superb form from the start when landing at 14.24m with a strong breeze behind her and jumping well behind the board.

After a foul in the second round, Diallo then improved to 14.44m with a 3.3m/s wind with her third effort to confirm her gold medal position. It was the second-longest leap under any conditions in the history of the World Junior Championships and the longest since 2000.

She was then rewarded with a wind-legal French junior record of 14.20m in the following round to solidify her lead in the fourth round and move up to the 15th place on the all-time world junior lists.

The 18-year-old, who had never jumped farther than 14 metres before Eugene, broke that barrier four times, including a silver medal-winning wind-assisted 14.07m in the second round. She backed it up with two wind-legal 14.02m leaps.

Russia’s Valeriya Fedorova moved to the third place with her opening 13.71m and then to 13.96m, in the following round, but China’s 2014 Asian long jump junior champion Li Xiaohong surpassed her with a 14.01m in the fourth round, followed by a wind-assisted 14.03m in the fifth.

Spain’s defending champion and 2014 world junior leader Ana Peleteiro was never a major factor in the final. Her best jump was 13.71m, enough only for a sixth place.

It was the second time in the history of the World Junior Championships that all three medallists jumped farther than 14 meters. The first time occurred in 2006.

BACK
Pages related to this articleAthletes
Xiaohong Li 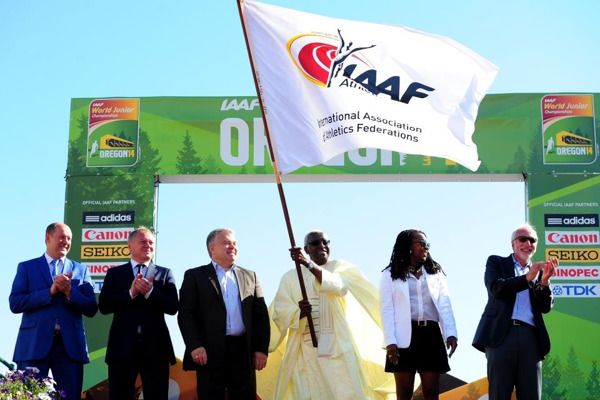