It was a bold statement to make but one the gifted and versatile Jamaican has more than lived up to in a remarkable year in which he landed the 400m hurdles title at the IAAF World Junior Championships in Eugene last month, and who on Saturday posted a stunning world youth best time of 12.96 en route to 110m gold at the Youth Olympic Games in Nanjing.

“I planned out my season and achieved everything that I wanted to accomplish,” said Hyde. “It was the complete season for me. I now plan on going home (to Jamaica) and getting some rest.”

Born into a sports crazy family – his father Lenworth was a former Jamaican football international – Hyde has been immersed in sport for as long as he can remember.

Of his three brothers, and Hyde also has two sisters, two have played representative age group football for Jamaica and the other has been ranked in the top three in Jamaica in equestrian events.

Hyde himself excels at both football and athletics, it was the former sport which held the greater appeal for Hyde up until discovering hurdling aged “13 or 14” in what he terms “his calling.”

“I saw the hurdles were out one day in training and I thought I can do this,” explained Hyde, who hails from St Catherine, just outside of the capital of Kingston.

“I like the hurdles because it demands a lot of focus and I am the sort of person who loves to focus. I just kept going back each year to hurdles training and slowly improved.”

Starring in football concurrently with athletics, Hyde featured as a left winger for the Jamaican national under-17 team, scoring a hat-trick for his country in a 5-0 mauling of Bermuda to help his nation advance to the area CONCACAF qualification phase of the under-17 World Cup.

Yet to pursue his football ambitions would have compromised his goals at the 2013 IAAF World Youth Championships and he decided to forego his international career in The Beautiful Game to focus on his track ambitions.

“I guess I saw the light, followed my heart and I went with track and field,” says Hyde, a passionate fan of the English Premier League side Arsenal.

Hyde admitted it was a decision which caused “a lot of problems” at home as his father was keen for his son to pursue his football career, but the decision was made and it proved the right one.

Last July, Hyde, then aged just 16, secured the world youth title in the 110m hurdles in a blistering time of 13.13, just 0.01 outside the world youth best of France’s Wilhem Belocian. It was a performance which convinced his father of his son’s track ability and he returned to training last winter, finally with his dad’s wholehearted support.

No Hyde-ing place for his hurdles rivals

It was a winter which would see a change in emphasis as his coach Christopher Harley – the coach at Wolmer’s Boys High School – asked his talented young charge to target the 400m hurdles at the World Junior Championships.

Hyde, who ran 46.93 for the flat 400m in March 2013, which remains his personal best, agreed and quickly adapted to the fresh training demands.

Once again, he spectacularly rose to the challenge.

In Eugene, at this year’s World Junior Championships, the rookie one-lap hurdler trimmed 0.20 from his lifetime best to strike gold in 49.29 with his parents in attendance.

Which brings us to Nanjing and the Youth Olympic Games where, after a long campaign this summer, Hyde and his coach opted to reset their focus to the 110m hurdles.

The target was to lower Belocian’s world youth best and on a hot, humid night at the Nanjing Olympic Sports Centre Stadium, Hyde delivered again, the first boy to run faster than 13 seconds over the youth barriers of 91.4cm.

Recording 12.96 has so far proved the performance of the athletics programme at Youth Olympic Games but to the uber-talented Hyde it was all in a day’s work.

“I wasn’t surprised as the times I was producing in training showed that I could dip under 13 seconds,” said Hyde, who has had cause for double celebration in Nanjing after receiving the news when he first arrived in China that he had successfully passed the CSEC school exams which included four grade-one marks and a distinction in mathematics.

After taking a well-earned rest for the next couple of weeks before the new school year starts, with his coach’s blessing, Hyde is likely to re-start playing high school football again.

However, let it be in no doubt that his main priority in future is athletics and he is already eyeing a quick return to China next year for the IAAF World Championships.

If his stunning success in 2014 is anything to go by, these both seem plausible goals, despite the fact that he will have to cope with senior hurdles and still be in the junior ranks.

Hyde makes it a Jamaican double in sprint hur... 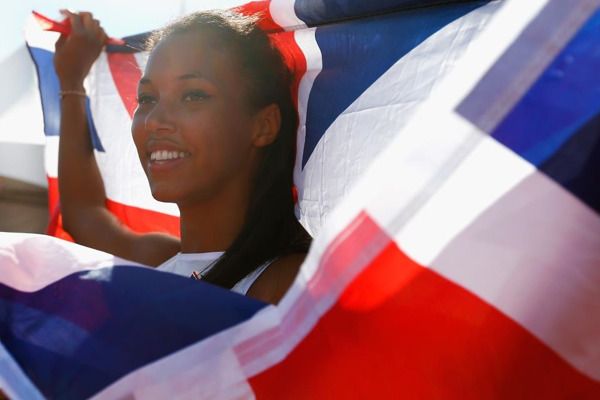 Morgan Lake looked far less drained after eleven high jump approaches than she did after a two-day heptathlon.