Jonathan Muia Ndiku was a superb winner of the men’s 3000m Steeplechase final here in Moncton as the 19-year-old clocked 8:23.48, the four fastest junior time in the world this year to demolish the rest of the 12-man field.

After today’s display of front running Ndiku becomes the first man ever to win back to back Steeplechase titles in the World Junior Championships and impressively his country’s 12th title – in fact only the inaugural title back in 1986 escaped the Kenyan’s stranglehold.

At the finish, Ndiku had more than 10 seconds to spare over compatriot Albert Kiptoo Yator (8:33.55) with Uganda’s Jacob Araptany holding on for bronze in 8:37.02.

"The race was very, very great. I’m so happy to win this race," said Ndiku. "I was wanting my teammate to come in front of me because I was needing some help.

"Last time, I won in Bydgoszcz in 2008. I did well because I defended my title. This race is our culture. It’s a Kenyan race."

It was Yator, the tallest of the two Kenyans who attempted a brave move at the gun closing the first lap with over 12 metres gap over Desta Alemu of Ethiopia; Ndiku and Araptany deciding not to follow Yator’s pace. It wasn’t long until the leading pack of four regrouped, the pursuers catching up with Yator at the second river jump.

Ndiku kicked and went through the first kilometre in 2:42.67. Behind the leading pack, Abdelaziz Merzougui of Spain was running virtually alone a good 20 metres down and the second Ethiopian Afewerk Mesfin trailed another 20 metres behind.

With four laps to go, Ndiku upped the tempo creating a four metre gap with Yator and Araptany while Alemu was losing touch with the leaders and was actually being caught up by Merzougui.

There was a moment of hesitation when Ndiku stuttered over the barrier on the finish straight which meant the three leaders were back together with three laps to go. It was only a matter of time, Ndiku’s superior speed spoke for itself once again and he was alone at 2km in 5:34.04.

Ndiku closed the last kilometre unchallenged in 2:47.44 celebrating his second World Junior gold. There was also plenty of celebration for Yator whose run was a new personal best.

Merzougui finished in fourth at 8:40.08 having left himself with too much ground to make while Alemu fell back down to fifth in 8:44.07.

Click here for event by event reports of all finals 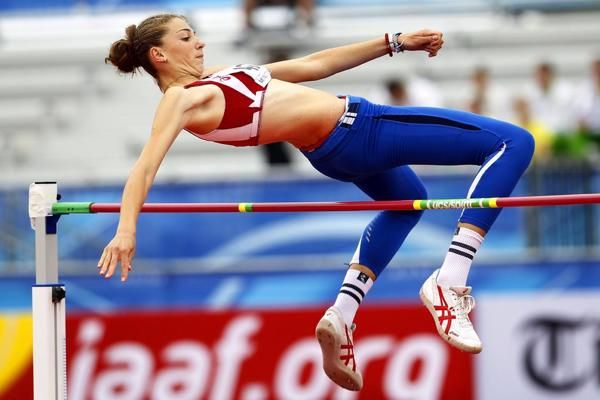