Jamaica finished second to the USA in the Golden Baton standings at last year’s inaugural edition of the event, when their men’s 4x200m team set a memorable world record of 1:18.63 despite the injury-enforced absence of Bolt.

Bolt, who has been named to Jamaica’s 4x100m and 4x200m teams, will return to The Bahamas for the first time in a decade, having last run there at the 2005 Central America and Caribbean Games.

"It's going to be serious business for me in The Bahamas,"said Bolt earlier this week.

Commonwealth Games champions Rasheed Dwyer and Kemar Bailey-Cole and 2013 World Championships 100m bronze medallist Nesta Carter are among the other big names on the men’s team.

Fraser-Pryce year is joined by stalwarts Veronica Campbell-Brown and Sherone Simpson, along with rising star and joint 100m world leader Elaine Thompson in the women’s squad.

The presence of Commonwealth 400m champion Stephenie-Ann McPherson and 2014 Diamond Race winner, Novlene Williams-Mills should mean that Jamaica’s women’s 4x400m team will be strong challengers in this event.

Qualification for the Rio 2016 Olympic Games is an added incentive, if one was needed, as the top eight teams in both the men’s and women’s 4x100m and 4x400m will automatically qualify for Rio.

In addition, the top eight teams in each event will be awarded prize money with the gold medallists taking home no less than USD $50,000.

More than 600 athletes from around the world will compete in five relay disciplines in the Thomas A Robinson National Stadium: 4x100m, 4x200m, 4x400m, 4x800m and the distance medley relay for both men and women.

Jamaica will field teams in all the events apart from the distance medley relay.

Phil Minshull and JAAA for the IAAF 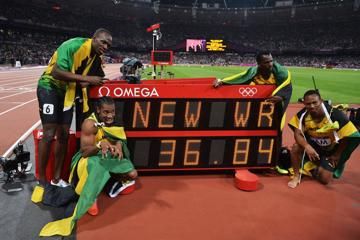 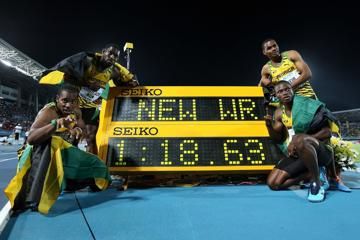 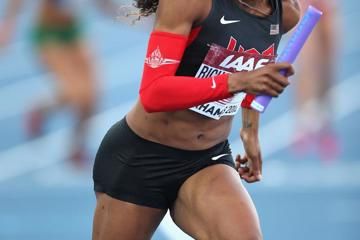 USA to defend the Golden Baton at IAAF/BTC Wo... 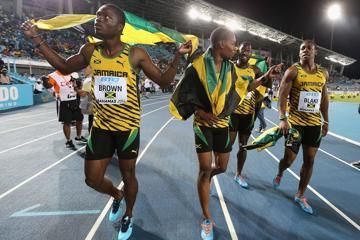