On the eve of the IAAF World Race Walking Team Championships Rome 2016, three of the world’s top race walkers spoke at the IAAF/LOC press conference in the sunny Loggia Garden at the Sheraton Parco de Medici in the Italian capital on Friday (6).

“It’s a great pleasure to welcome everyone to Rome,” said Gracia. “On behalf of the IAAF, I’d like to say a big thank you to the Italian federation. They were given the pleasure of hosting the competition just four months ago; it was a big challenge, but they took it.

“This is the 27th edition of this event,” he added. “It started in 1961 with the Lugano Trophy, then became the World Cup and now this is the first edition of it being called the IAAF World Race Walking Team Championships. Instead of a cup or trophy, medals will be awarded to the top individuals and teams.

“Since it began in 1961, Italy is the only country to have participated in all editions of this event. This will also be the fourth time that Italy has hosted it.”

LOC President Alfio Giomi outlined the reasons why Italy was keen to stage the event.

“For us, race walking is like a religion; it’s our symbol of athletics,” he said. “We have so many world and Olympic champions in this discipline. This event will be a celebration of Italy’s long-standing tradition in race walking.

“We also wanted to provide a unique atmosphere for the athletes,” he added. “It’s a complex event and Rome is a complex city, but the city will come to a stand-still on Saturday and Sunday for this event. Athletes will start at the Arch of Constantine near the Colosseum and will be racing past the Terme di Caracalla.

“But the other reason we were keen to host this event is because we wanted to pay tribute to Annarita Sidoti,” added Giomi of the 1997 world champion who died of breast cancer last year at the age of 45. “I’d like to thank the IAAF for giving us the opportunity of dedicating this competition to her.”

Liu Hong believes she is home from home when she steps out on the streets of Rome.

The 28-year-old and a number of her teammates have been under the tutelage of Italian maestro Sandro Damilano since 2010 and use training camps at Saluzzo south of Turin.

Liu insists the Chinese restaurants and supermarkets are just part of the reason there is already a strong link with tomorrow’s hosts.

“Saluzzo is a great place, and other athletes like Jefferson Perez have also used it in the past,” she said. “The people are friendly and walks through the orchards make it all the more pleasant.”

However, Liu is not expecting to go as fast as she did last year when she broke the world record in La Coruna.

Liu also revealed that, given her experience, she is now seen as the ‘auntie’ or ‘elder sister’ to her younger teammates. There was a clear example of this when she advised Lu Xiuzhi coming into the Bird’s Nest stadium last August with both holding first and second places.

“We were concerned about technique and what the judges might do,” she explained. “I am the oldest athlete, and I hope I can help so that we can work together as a team.”

Ben Thorne also earned a medal in Beijing, scoring a breakthrough bronze at 20km. The Canadian told the assembled audience at the press conference that talking during races is not for him.

“If I’m talking, it’s because I’m probably not working hard enough," he said. “But in Australia at a race, I was feeling good once and I started singing; it annoyed the others – and I can see why.”

Thorne suggested the Canadian team that includes Inaki Gomez and Evan Dunfee are in the kind of shape to make the podium in the team contest.

“Our big breakthrough was two years ago in Taicang when we were fourth and one point behind Japan,” he said. “The three of us are in good health and have a good chance, but we don’t want to seem presumptuous.”

Thorne has quit university studies to dedicate his life to race walking and admits he is already feeling the benefit.

“I went home to Vancouver after Beijing and went back to school, but two weeks into the semester, I thought I’d rather be race walking than studying. I dropped out of school and went to Australia for four months with the team, and then altitude training in Flagstaff, so it’s the first year without studying and I hope it reflects in my training.”

Eleonora Giorgi, the Italian home favourite, is one race walker who won’t lack support on the course tomorrow.

Her family – including aunts, uncles, cousins and her own athletics club supporters – will have banners and whistles to offer encouragement all the way round the 20km course.

Despite the Giorgi clan and clamour, the focus of their attention says she only has eyes on the prize.

“I will undoubtedly hear them, but I am focused,” she said.

“Italy has a great tradition; it’s going to be exciting, and the team is ready to compete, but (2010 World Cup junior winner Antonella) Palmisano is not with us, or we would have been one of the teams to beat.”

IAAF Ambassador Jefferson Perez is not only one of the greatest race walkers of all time, but he is also one of the most successful athletes in the history of the IAAF World Race Walking Team Championships.

The Ecuadorian, who became the Olympic champion in 1996, won the 20km on three occasions, in between winning his three world titles at the distance.

“This sport is special,” said the 41-year-old, who retired in 2008. “You confront your rivals on the start line, but when you finish the race, everyone is friends.

“The athletes here train very hard to win medals and honours for their countries. But friendships last forever, not just for one championship. That’s the true gold medal.

“Sport is a life-long investment,” he added. “Through this activity, you can learn about honesty, courage, respect, everything. Those things will help you for the rest of your life.”

“Twenty years after we first competed against each other at the Atlanta Olympics, we’re sitting here together and are still friends,” said the four-time Olympic champion. “The main message I’d like to send to the next generation is: compete and respect others as you respect yourself.

“Our races were always highly competitive, but we also knew how to establish a special link of friendship and respect, both in and out of competition. Race walking, and sport in general, is the best life university.”

Paul Warburton and Jon Mulkeen for the IAAF

BACK
Pages related to this articleAthletes
Robert Korzeniowski 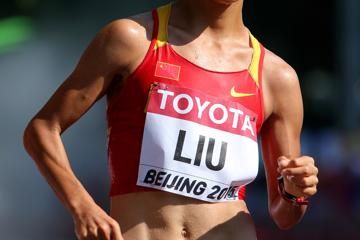 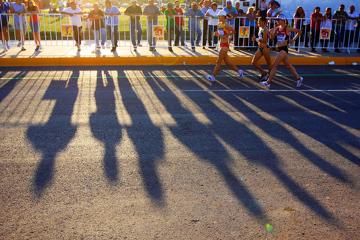 Follow all the action at the IAAF World Race ...