Kenya’s Rebecca Chesir and Muluhabt Tsega of Ethiopia will be the main contenders for the women’s title at the Shenzhen Marathon, a World Athletics Gold Label road race, on Sunday (15).

With a PB of 2:24:25 set two years ago in Vienna, 27-year-old Chesir is the fastest entrant. She went on to achieve two other runner-up finishes in 2017 but has been out of action since her third-place finish at the Roma-Ostia Half Marathon in March 2018.

The consistent Tsega finished second in Rome in April in 2:26:41, within one minute of the 2:25:48 PB she set last year in Shanghai. The 30-year-old’s most recent marathon victory was more than two years ago in Hangzhou, so she will be keen to end that drought in the southern Chinese city.

Nurit Shimels, also from Ethiopia, is another title contender. The 24-year-old improved to 2:27:40 in Cape Town two months ago and will be running her second race in Shenzhen following a runner-up finish in 2016.

Other women to watch include Ethiopian duo Yetsehay Desalegn, who recorded her PB of 2:27:35 in Hangzhou two years ago, and Belainesh Yami Gurmu, who only started to run international marathons this year but won in Ibiza and Taiyuan.

In the absence of 2018 winner Edwin Kipngetich Koech, who set a course record of 2:09:44, Bekele Muluneh is the leading returner in the men’s race. The Ethiopian set a PB of 2:11:19 to finish second last year and will face a quality field that includes eight sub-2:10 runners on Sunday.

Fellow Ethiopian Fikadu Kebede is arguably the most in-form man in 2019. The 33-year-old trimmed more than a minute off his PB to 2:08:27 in Dubai in January and finished second in Dongying eight months ago in 2:09:38. It will be Kebede’s fifth marathon of the year, having won in Odense, Rabat and Mexico City.

Hicham Laqouahi also heads to Shenzhen in good form. The 30-year-old Moroccan won the Beppu-Oita Mainichi Marathon in a PB of 2:08:35 and has completed his three most recent marathons within 2:10.

The men’s field also includes Ethiopia’s Azmeraw Bekele, a 2:07:12 performer who won the 2017 Taiyuan and Hangzhou marathons, and Kenya’s Julius Tuwei, whose best mark of 2:08:06 was achieved two years ago in Valencia.

Ethiopia’s Tariku Bekele hopes to follow in the footsteps of his superstar brother Kenenisa and add a win at the Tata Steel Kolkata 25K, a World Athletics Silver Label road race, to his own impressive list of accolades on Sunday (15).

His older brother won in the City of Joy two years ago when he set a course record of 1:13:48. Tariku, while somewhat uncertain of his current form, has the capability and credentials to approach that mark if all goes to plan.

“I am feeling very good at the moment,” he said. “Last year, I had a lot of hamstring and calf problems and I didn’t race for more than a year until I ran the Seoul Marathon last month (where he finished sixth in 2:11:30).

“The time wasn’t too fast but that run restored my confidence. Yes, my hamstring was a little sore after that race, but I am feeling a lot better now.

“I train a lot with my brother and he also provides me with some coaching advice. He is my hero and when he returned after winning the 2017 race in Kolkata, he told me a lot about what it was like to be running around on the roads here. I will be able to form my own impressions on Sunday.

“Ultimately, I think I have the capabilities of running even as fast as my brother in the marathon but my transition from a track runner to a road runner has not been easy, and we are also two different runners with different abilities.”

Tariku won the 2008 world indoor 3000m title and earned 10,000m silver at the 2012 Olympics. London was his last major championship appearance and this weekend’s race marks the start of his bid to get back into the reckoning for 2020 Olympic selection.

On paper, Bekele’s biggest rival could be Kenya’s 2017 world cross-country silver medallist Leonard Barsoton. The 25-year-old had achilles problems in 2018 which restricted him to just one race, but he showed recently that he was back to top form with a half marathon personal best of 59:09 in Valencia in October.

“This race (in Kolkata) will be useful for my transition to the full marathon,” said Barsoton. “I have only raced a half marathon a few times and the longest distance I have ever run is 30km.”

Bekele and Barsoton are just two of an estimated 15,000 runners who will be on the start line on Kolkata’s Indira Gandhi Sarani.

“The course this year is new between 7km and 16km, and I believe better,” said race director Hugh Jones.

USA’s Stanley Kebenei, a steeplechase finalist at the past two World Athletics Championships, has been added to the men’s elite field, while Israel’s European 10,000m champion Lonah Salpeter is a late withdrawal in the women’s race.

Salpeter’s absence leaves Ethiopia’s Birke Debele as arguably the favourite to take the US$7500 first prize on Sunday in a race which could easily end up as close as 12 months ago when just 15 seconds separated the first four women.

Debele finished third at the Mumbai Marathon in January and then improved her personal best over the classic distance to 2:23:19 when finishing fourth at the Toronto Marathon in October.

Tanzania’s Failuna Matanga, who finished third in the past two years, also returns to Kolkata and is aiming to move up a rung or two on the podium.

Moses Mbugua and Eliud Kibet are returning to the Zurich Maratón de Málaga in the hope of breaking the race record at the World Athletics Bronze Label road race on Sunday (15).

Mbugua, Kibet and fellow Kenyans Edwin Kimaiyo and James Barmasai will be aiming to better the current mark of 2:11:07.

Kibet looked to be on his way to a clear win in Malaga last year but he collapsed with just 40 metres remaining and eventually wound up fourth, albeit in a PB of 2:11:25. His only appearance this year has been a 2:14:30 win in Ibiza.

Ethiopian duo Negash Abebe, a 2:11:14 performer, and marathon debutante Demeke Zerihun should pose a threat to the Kenyan contingent.

The women’s contest also seems wide open. Emily Samoei and Rebecca Korir are the leading Kenyan entrants. 39-year-old Samoei set her best of 2:26:52 back in 2012, while her most recent outing came at the San Sebastián Half Marathon where she managed a PB of 1:10:39. Korir, who clocked a PB of 2:29:04 in Warsaw earlier this year, will be contesting her fifth marathon of 2019.

Selamwit Getnet Tsegaw, who ran a PB of 2:31:35 to win the Lens marathon in April, and fellow Ethiopian Gelane Senbete, fresh from a career best of 2:32:22 in Odense in September, will also be in contention.

Compatriot Alemitu Abera is the quickest entrant as she has a PB of 2:23:14, but that was set eight years ago and she hasn’t bettered 2:31 since then. Tizita Tereza and Ayelu Abebe are also in the field.

A record number of 7500 athletes – 4150 in the marathon and 3000 in the half marathon – have entered. The forecast predicts sunny conditions with temperatures between 14-15C at the start.

BACK
Pages related to this articleAthletes
Tariku Bekele 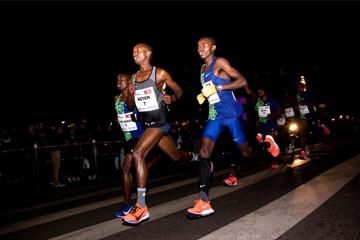 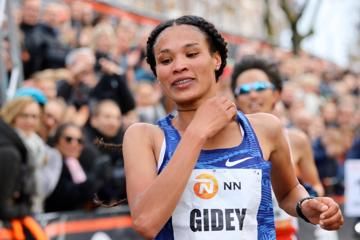 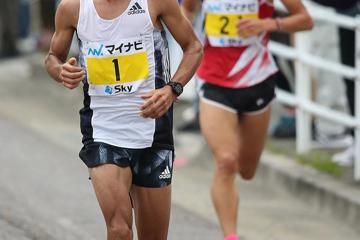 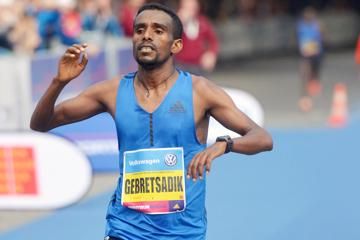