Great Britain’s double 2014 European Championship medal winner Andy Vernon will be looking to subject his lifetime best for the half marathon to some serious revision when he resumes his rivalry with his compatriot and Zurich hero Mo Farah in the Bupa Great North Run, an IAAF Gold Label Road Race, on Sunday 7 September.

The 28-year-old took the silver behind Farah in the European 10,000m final in Zurich last week and then the bronze medal in the 5000m. He has only tackled the 13.1-mile half marathon distance twice before, he finished 20th in the 2011 Bupa Great North Run with 1:05:45 and his personal best dates back to 2010, when he finished third in the Bristol Half Marathon in 1:04:43.

“My half marathon record is not very good,” confessed Vernon. “Compared to my other PB’s, it’s probably the worst one that I’ve got, It definitely needs some revising.

“I’d like to be in the 61 minute range, but the half marathon is a difficult one.  To get a good time, you need to train specifically for the event. When you’re doing it off the back of a track season, it’s probably not the best preparation but the Bupa Great North Run is a great race to do.

“It will be interesting to see what Mo does too, because I’m not entirely sure what shape he’s in. He did very well in the race last year, though. We’ll just have to see what happens on the day this time.”

Twelve months ago Farah was involved in a thrilling three-way duel with two of the other all-time greats of distance running, Ethiopians Kenenisa Bekele and Haile Gebrselassie. The reigning world, Olympic and now European 5,000m and 10,000m champion managed to get the better of Gebrselassie but lost out to Bekele in a gripping sprint finish.

This time, the overseas challenge will be led by Uganda’s Stephen Kiprotich, winner of the men’s marathon at the London 2012 Olympic Games and the 2013 World Championships. 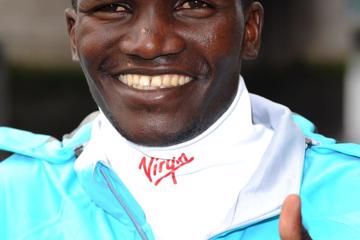 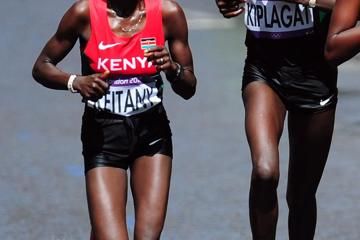 Kiplagat and Keitany to clash at Great North ... 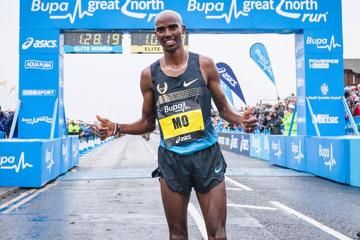 Farah to return to Tyneside for the Great Nor...