Jepchirchir won gold at the Tokyo Olympic Games in 2:27:20 and is a two-time world half-marathon champion. Her personal best marathon time of 2:17:16 is the fastest of any woman in the TCS New York City Marathon open division.

“2021 has already been a magical year, and I am excited that it is not yet over,” Jepchirchir said. “I am happy about competing in the TCS New York City Marathon. The excitement in Kenya around my performance in the Olympic Games has been very high, and I know that a victory in New York will mean so much to the people of Kenya. The 50th year of something is often called its ‘golden anniversary,’ so how fitting it will be that for New York City’s 50th running I will run as the Olympic gold medallist.”

Challenging Jepchirchir on the international front will be Namibia’s four-time Olympian and 2019 World Championships bronze medallist Helalia Johannes, who was 11th in the Tokyo Olympic marathon, and Ethiopia’s Ruti Aga, who won the Tokyo Marathon and finished third at the TCS New York City Marathon in 2019. Ethiopia’s world-record holder and 2019 Chicago Marathon runner-up Ababel Yeshaneh and Kenya’s Nancy Kiprop, the fourth-place finisher at the event in 2019, will also toe the line. Greece’s 10,000m record-holder Alexi Pappas and Kenya’s Viola Cheptoo will make their New York debuts.

“For me, winning the silver medal in the Olympic Games was not a surprise,” Nageeye said. “There were many good athletes in the race, but I knew my preparation had been good. I was ready for the conditions, and most importantly I believed in myself. I will take that same focus into my preparations for New York, and my belief and confidence in my abilities is even higher than it was in Sapporo. There is nothing I want more than to bring a New York City victory back home along with my Olympic medal.”

Bekele is a four-time Olympic medallist and 16-time world champion who will make his debut in the men’s open division. At the Athens 2004 Games, he won gold in the 10,000m and silver in the 5000m, and four years later in Beijing took gold in both distances. He won the 2019 Berlin Marathon in the second-fastest time ever, only two seconds off the world record time set by Eliud Kipchoge in Berlin the year prior.

“I am proud of the many accomplishments in my career, but I have never had the opportunity to compete in the TCS New York City Marathon,” Bekele said. “I am excited that 2021 will be the year for me to make my attempt in New York. Some of my greatest success has come in cross-country running, and I am told that the hills and turns of New York reward athletes with the strength that comes from running cross-country. I will do my best to join that great list of New York City champions.”

Leading the US men will be Rio 2016 Olympian Jared Ward, who has finished as the top US man in the last two TCS New York City Marathons, and 2018 United Airlines NYC Half winner and six-time national champion Ben True, who will be making his marathon debut.

Both Kenya’s Kibiwott Kandie and Great Britain’s Callum Hawkins will also make their TCS New York City Marathon debuts. Kandie is the half marathon world record-holder and a 2020 World Half Marathon Championships silver medallist, and he will be covering the 26.2-mile distance for the first time in his career. Hawkins is a two-time Olympian who finished fourth at both the 2019 and 2017 World Championships in the marathon. 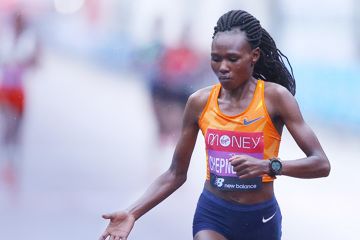 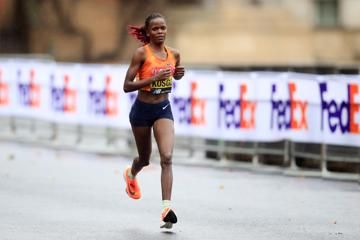 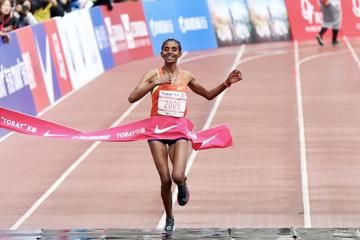