Jeter and Ahoure set to duel over 60m in Birmingham

Murielle Ahoure speeds to a 6.99 clocking in the 60m in Birmingham (© Getty Images)

Top sprinters Carmelita Jeter and Murielle Ahoure will grace the women’s 60m at the 2015 Sainsbury’s Indoor Grand Prix, an IAAF Indoor Permit meeting, in Birmingham on 21 February, the organisers announced on Monday (29).

USA’s Jeter, with a plethora of major championship medals to her name, including the 2011 World Championships 100m gold, is a familiar face in Britain’s second city and won the 60m at this meeting in 2009 and 2010.

“The Sainsbury’s Indoor Grand Prix is one of the world’s best indoor meets and I’m looking forward to testing myself ahead of another important outdoor season where I’ll be looking for another World Championships medal,” said the US sprinter.

Ivory Coast’s Ahoure has won the 60m silver medal at the past two IAAF World Indoor Championships and set her personal best of 6.99 when winning at this meeting in 2013.

The organisers have lined up the best of Britain’s sprinting talent to face the pair.

As well as the already-announced Asha Philip, European and Commonwealth 200m silver medallist Jodie Williams and world junior 100m champion Dina Asher-Smith will be on the start line.

“I’m quite shocked but really happy with last year. I had a good indoor season, and then got the British junior 200m record; hopefully 2015 will be just as good.”

BACK
Pages related to this articleAthletes
Carmelita Jeter 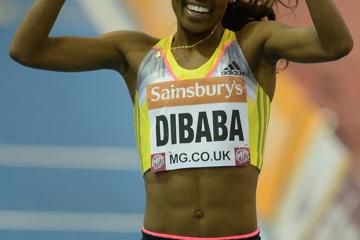 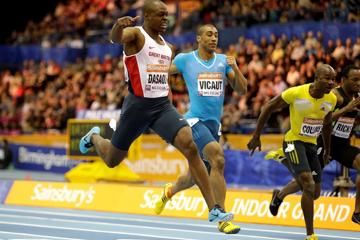