Although an expected duel between Hicham El Guerrouj and Million Wolde, the Olympic 5000m champion never materialised, the men’s 3000m was still an exciting race, for challengers to the Moroccan came from else where in the shape of Mohammed Mourhit and Alberto Garcia.

After following Bouabdalla Tahri and then his Moroccan teammate Said Berioui for over half of the race, Hicham El Guerrouj kicked with five and half laps to go and opened up an immediate gap.  Belgian Mohammed Mourhit and a Spaniard Albert Garcia who mounted their challenge, closing the gap on El Guerrouj by four laps to go.

For the next three laps, El Guerrouj poured the pressure on Mourhit and Garcia. With one lap to go, El Guerrouj upped the ante and Garcia immediately lost contact with top two runners. Running down the back-straight for the final time, El Guerrouj was moving away from Mourhit, to win comfortably after a 28.51 final 200m, thus adding the 3000m Championships to the his two 1500m golds from 1995 and 1997.

After the race El Guerrouj revealed his plans for the future. "I will run the 1500m in Edmonton, unless the schedule changes, in which case I will consider the 1500m/5000m double.

Asked what he considers his potential at the 5000m, El Guerrouj said, "I am planning to attempt the world 5000m record in Zurich."

For the silver medallist, Mourhit, it was his second indoor race of the year. "My main objective this winter is the World Cross Country Championships (24-25 March in Oostende, Belgium). For that reason, I am short on speed training," concluded Mourhit, who was perfectly content with his silver medal performance.

Since the hallmark of the truly great distance runner is a successful double at the major championships, it is hoped that El Guerrouj will be given a chance to attempt a 1500m/5000m double.

Such a double was almost successfully completed at the 1968 Mexico City Olympics Games by Kip Keino. However, nobody else since then came close at the global championships level.

"Stefan Holm the surprise winner in Spala" was the consensus of the international media – including the IAAF website - after the prestigious high jump meet in the Polish town about a month ago.

Nobuharu Asahara and Shingo Kawabata competed in the 60m heats on Sunday. 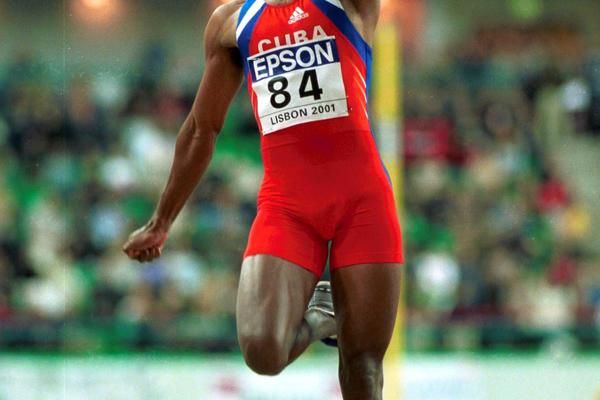