The lexicon of athletics superlatives must surely now be almost exhausted for the greatest 800 metres runner ever.

Well not quite, for when Maria Mutola won a record sixth title at the IAAF World Indoor Championships in Budapest, it was not of her speed, physical presence, commitment, application, tactical savvy, or mental strength that her coach spoke.

Margo Jennings talked affectionately of the inherent simple decency of the girl whom she has known for 15 years, and whom she has come to regard as her best friend. "It's almost a mother and daughter relationship. We say the same things at the same time. She's a wonderful person. I feel very lucky to work with her."
"She has surrendered herself to me in a positive way. She is driven but not obsessive, assertive not aggressive. There is nothing negative about her. The glass is always half full, never half empty."

"Maria is never cruel or sarcastic. There's not a vindictive bone in her body, and she is very kind. You don't find many like her, if any."

On the track, too, it seems. Six World indoor titles surpasses the previous record five indoor wins which she shared with Cuban long jumper Ivan Pedrosa and Bulgarian high jumper Stefka Kostadinova. Four track titles is the next best by a woman: Romanian Gabriela Szabo.

There is, of course the matter of her Olympic title, two World outdoor golds, two Commonwealth Games crowns, and four World Cup victories.

Yet Mutola shows no signs of quitting. She carries Mozambique's flag too proudly for that. Her middle name may be Lourdes, but even she knows that her body cannot keep performing miracles for ever. So she is looking to kick start the next generation of her country's champion athletes through a foundation which she has established.

"Creating the Foundation was one of my goals. It's most important to me to see more athletes from Mozambique qualifying for the Olympics," she says.

In a country where the ravages of civil war and the AIDS pandemic are understandably more pressing priorities for resources, the charismatic Mutola has overcome this by investing her own money, and drumming up support herself.

She has already secured several sponsors from the local community. "If we could get five or six athletes qualifying, that would be huge progress, but creating stars will take some time," she says.

She talks with real passion, and you wonder if she risks taking her eye off athletics goals. "No," she says. "I have to be careful. Running is most important. The foundation is second. I try to balance them."

Based in the Mozambique capital, Maputo, it is looked after by a local director. "I am in charge, but always in contact," says Maria. "I talk to him most days."

That is even when she is in the variety of training camps which Jennings favours, because, as Mutola acknowledges, it reduces distractions.

"It is growing every day," says her Florida-based manager, Jeff Fund. "It started as a dream, but now it has several legitimate local sponsors, which is amazing in Mozambique, where there's not a lot of interest in athletics, and only one synthetic track."

The office the foundation operates has a website, e-mail, phone, fax, and a staff of five. Though geared to nurturing athletes, the foundation is not completely exclusive. "There are some other sports whom the foundation helps," says Mutola. "When we heard that a tennis team could not afford to play against a team from South Africa, we helped them. It we can help others, we do our best."

This is a woman who cares deeply. When she relaxes she listens to rhythm and blues music. She likes to shop, but it's mainly window-shopping. "She goes through a shopping mall very quickly," says Jennings.

Maria recalls how when she grew up, both her parents had a job. The family had food and a roof over their heads. By local standards they were comfortable. But comfort in the Mozambique in which she grew up was relative. Mutilated bodies returned daily from a bloody civil war. Nobody from her family was directly involved, but casualties arrived home routinely with limbs torn off. The war touched everyone.

That was the reality of life in the society where she grew up, and in which she was spotted playing street football, usually bare-foot. "That wasn't because I didn't have shoes," she says. "I was lucky, but others who played did not, so those who had shoes removed them, to play fair."

So where does the supreme athlete go from here? Jennings believes Mutola can run faster, "but it will mean taking more risks. That can make her better. She's fortunate to have been largely injury free. Her body has remained intact. There is stress, but it hasn't broken her."

Retaining Olympic gold is a priority. Records are not. "I don't think about world records. If it happens, it happens," says Mutola. "If not, I will still finish my career very, very satisfied."

A World indoor record equalling performance by Christian Olsson in the Triple Jump, a women’s relay World record by Russia, and a sixth 800m gold for Maria Mutola brought Budapest 2004 to a spectacular close this evening.

Budapest 2004 from a long distance

Slowish tactical 3000m races are the norm at major indoor championships but often offer great spectacles. Ken Nakamura gives his brief analysis of the respective merits of both the men’s and women’s 3000m at the 10th IAAF World Indoor championships in Budapest, Hungary (5 – 7 March). 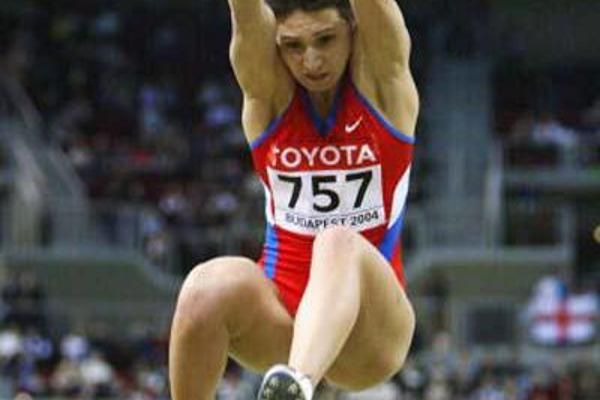 Lebedeva does the double

Over more than a century of Olympic and World championships athletics, there have been many great field event finals, with many more tremendous performances.