The relatively novel aspects of this year’s IAAF/AL-Bank World Half Marathon Championships in Copenhagen – only the second time in the event’s history that it is being held in the spring, and only the second time that the championship race also incorporates a mass participation event following the very first version on Tyneside in 1992 – are likely to be counterbalanced in the women’s race by a return to business as usual on Saturday.

The dominance of Kenya’s women at these championships does not quite match that of their men, and they failed to live up to their billing of favourites two years ago in the Bulgarian city of Kavarna, but they have nevertheless been the best-performing nation over the past 20 years, amassing five individual wins – including a Tegla Loroupe hat-trick from 1997-99 – and eight team victories.

This year’s talent-packed team is headed by 30-year-old Lucy Wangui Kabuu, whose 1:06.09 personal best in Ras Al Khaimah last year made her the fastest woman on a record-legal half-marathon course in 2013 and joint sixth on the all-time listings. She looks more than ready to reclaim the honours from their perennial rivals Ethiopia, who virtually cleaned up at the last running of these championships in Kavarna, Bulgaria two years ago, taking the team title and the individual gold and silver.

Neither the champion nor the silver medallist of 2012, Meseret Hailu and Feyse Tadese, will be in Copenhagen but even if they were, it is hard to see them withstanding the renewed onslaught of the Kenyans, despite the fact that they will be without the services of Florence Kiplagat, who set a world half marathon record (pending ratification) of 1:05:12 in Barcelona last month.

Kabuu has vast international experience, and won the 10,000m gold medal at the 2006 Commonwealth Games.

Following her switch to the roads in 2011, she has won all but one of her five half marathons, earning victories at the Great North Run and the Delhi Half Marathon, but this will be her first appearance at the IAAF World Half Marathon Championships.

She is joined by world 10,000m silver medallist Gladys Cherono, who set a personal best of 1:06:48 in winning at Prague last year.

Mary Wacera Ngugi has a personal best of 1:10:32, but that could be due to revision following her recent win at the World’s Best 10k in San Juan, Puerto Rico, where she finished more than a minute clear of a top-class field which included Cherono in a time of 32:06, a personal best by almost two minutes.

Kenya can also call upon World Championships 10,000m finalist Sally Chepyego, who is based in Japan and won their effective national trials for these championships, the Okayama Half Marathon on Christmas Eve last year, in 1:08:24.

The fifth and last runner, Mercy Jerotich Kibarus, who has stepped up from the reserve position to replace Kiplagat, has a personal best of 1:08:18.

Given those statistics, it is hard to see either the Ethiopians, or what looks like a hugely consistent Japanese team, matching Kenya.

Ethiopia’s effort looks like being headed by Netsanet Gudeta, the 23-year-old who finished third in this month’s Rome-Ostia Half Marathon in 1:08:53, and 22-year-old Genet Yalew, the 2011 world junior cross-country silver medallist and winner of last month’s national trial in Addis Ababa, where she clocked 1:10:58 on her debut at the distance.

Japan among the team medals again?

Japanese women have won only three individual medals in the history of these championships, all silver and in the 1990s, but their record in the team event has been outstanding and consistent as they have claimed one gold (1992), five silvers (1993, 1999, 2000, 2001, 2003) and eight bronzes, including six out of the past seven.

The safest bet of the championships? Japan’s women for a team medal; and it looks most likely they will be returning to silver rather than bronze in Copenhagen given the overall consistency of a team headed by 19-year-old Reia Iwade, who clocked 1:09:45 behind Chepyego in Okahama, and whose other four members all have personal bests faster than 1:11.

Other leading challengers for individual and team medals could be China, whose representatives include Yingying Zhang, who ran both the 5000m and 10,000m as an 18-year-old at the 2008 Olympic Games, having set a world junior best of 2:22:38 in winning the Xiamen Marathon.

Zhang took a four-year break from the sport in 2009 but returned to run 2:31:19 at last year’s Beijing Marathon.

Italy are also to be reckoned with, fielding two-time winner of the Rome-Ostia half marathon, Anna Incerti, and Valeria Straneo, the 37-year-old who earned a marathon silver at last year’s World Championships in Moscow.

US interest will be directed towards the 30-year-old Annie Bersagel, who won last year’s national marathon title in 2:30.53.

Facts, figures and who to watch in Copenhagen... 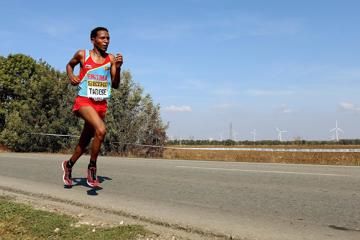 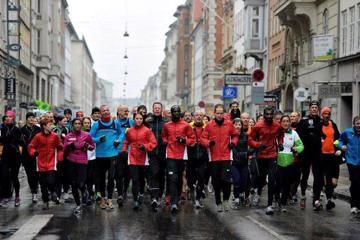 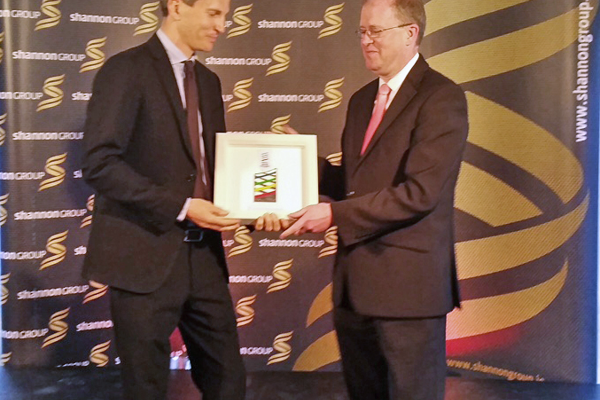 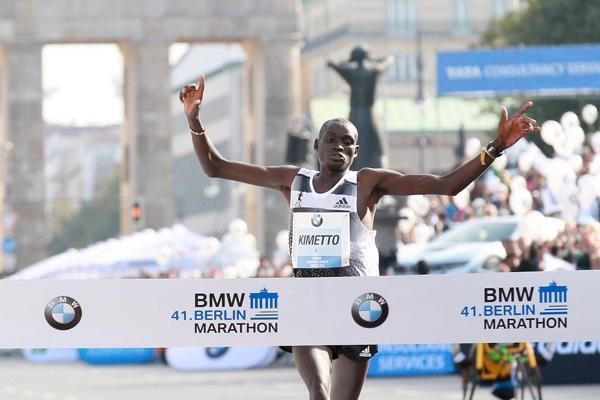 Statisticians Mirko Jalava and A Lennart Julin look back at the best road running performances of the year. 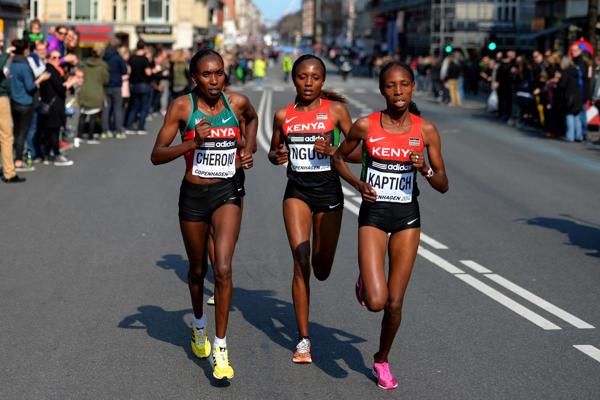 The image of all five of the Kenyan team running in a line at the front of the IAAF World Half Marathon Championships women's race, eyes front, arms pumping in unison, will remain in the memory of all who witnessed it on what was, in all senses, a glorious day for running in Copenhagen on Saturday (29).