The IAAF / LOC press conference on the eve of the IAAF World Half Marathon Championships, was held today (5) at the Kavarna City Hall.

Some of the highlights:

On her expectations in Kavarna after a disappointing 10th place finish in the Olympic Marathon:

Yes, I was a little heart-broken with my tenth place finish in the Olympics. I ran for a medal, but then fell apart in the last few miles, falling from fifth position to tenth. After my post-Olympic lull I wanted to come back and wear the U.S. uniform one last time for the year.

I couldn’t think about this race until after the Olympics - It was another way to get excited and use my training from the marathon, and I hope to display here tomorrow something that maybe I didn’t in London and have a little bit of redemption my disappointment in London.

On winning medals at the Olympic Games and World Cross Country showing that it’s not impossible to beat athletes from west African nations who dominate distance running:

It’s not impossible (Laughs). It’s tough. You keep chipping away, you dream big and hope to be beat the best athletes you can beat. It’s a huge accomplishment and a great feeling.

On why there has been a strong resurgence in U.S. distance running in recent years:

I don’t know the exact reasoning. I think a lot of us train together now. I train with a very level marathoner, Kara Gocher, and I think that has helped elevate our performances by training in group settings. There are various groups around the country that train together. My training group is in Portland, Oregon, and it’s a variety of very elite men and women. We had about six or seven athletes go to the Olympics.

On making a switch to the road running and his expectations for the Championships:

I wanted to see an experience the challenge on the road. And I want to do very well tomorrow.

It’s good to run and good to compete. But this is a competition of a very high level. My goal is to do well. I’m not saying I’m going to win, but I want to be on the podium.

On whether this is a stepping stone to the Marathon and how fast he thinks he can run a Marathon:

That’s a hard question to answer. I am moving to more races on the roads. Next year I will still run a few track races. And of course I will be training for road races too. So I hope maybe by the end of next year I will run my first Marathon.

On having the World Championships in her home country –

For me it’s very exciting to run in front of my countrymen. It’s nearly the same excitement as the Olympic Games for me, perhaps even more because I can run in front of Bulgarians.

It will be an experience of a lifetime for Bulgarian athletes and I think that everybody should be happy to just be participating at this Championship.

We’re very happy to be back in Bulgaria again after 1990 when Plovdiv hosted the third World Junior Championships. Especially in 2012 which is a very special year because we are celebrating the 100th anniversary of the IAAF.

We’re expecting good results – the course is flat and we have very many go athletes here.

We want to thank the IAAF for their trust in hosting these championships. We hope that they will give us their trust again.

I am so glad that after so many rock groups have come to and performed in Kavarna that athletics has now found a home in Kavarna. (Note: Kavarna hosts a very popular rock music festival each July and is a popular venue for internationally renowned hard rock groups.) 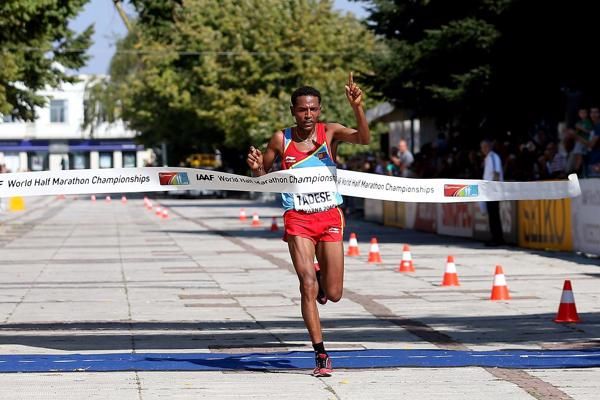 Zersenay Tadese lived up to his moniker of ‘Mr. Half Marathon’ after collecting his fifth World road running title at the 20th World Half Marathon Championships in Kavarna, Bulgaria, today. 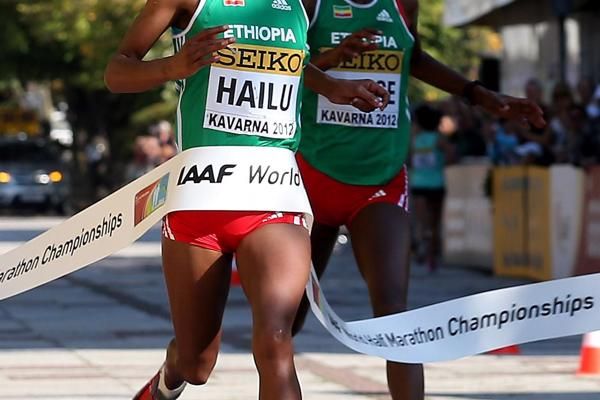 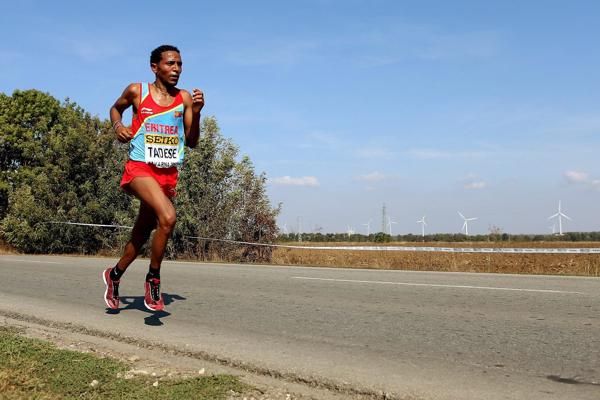